Dog Owners Hope to Bring Pups Into Work in the UK 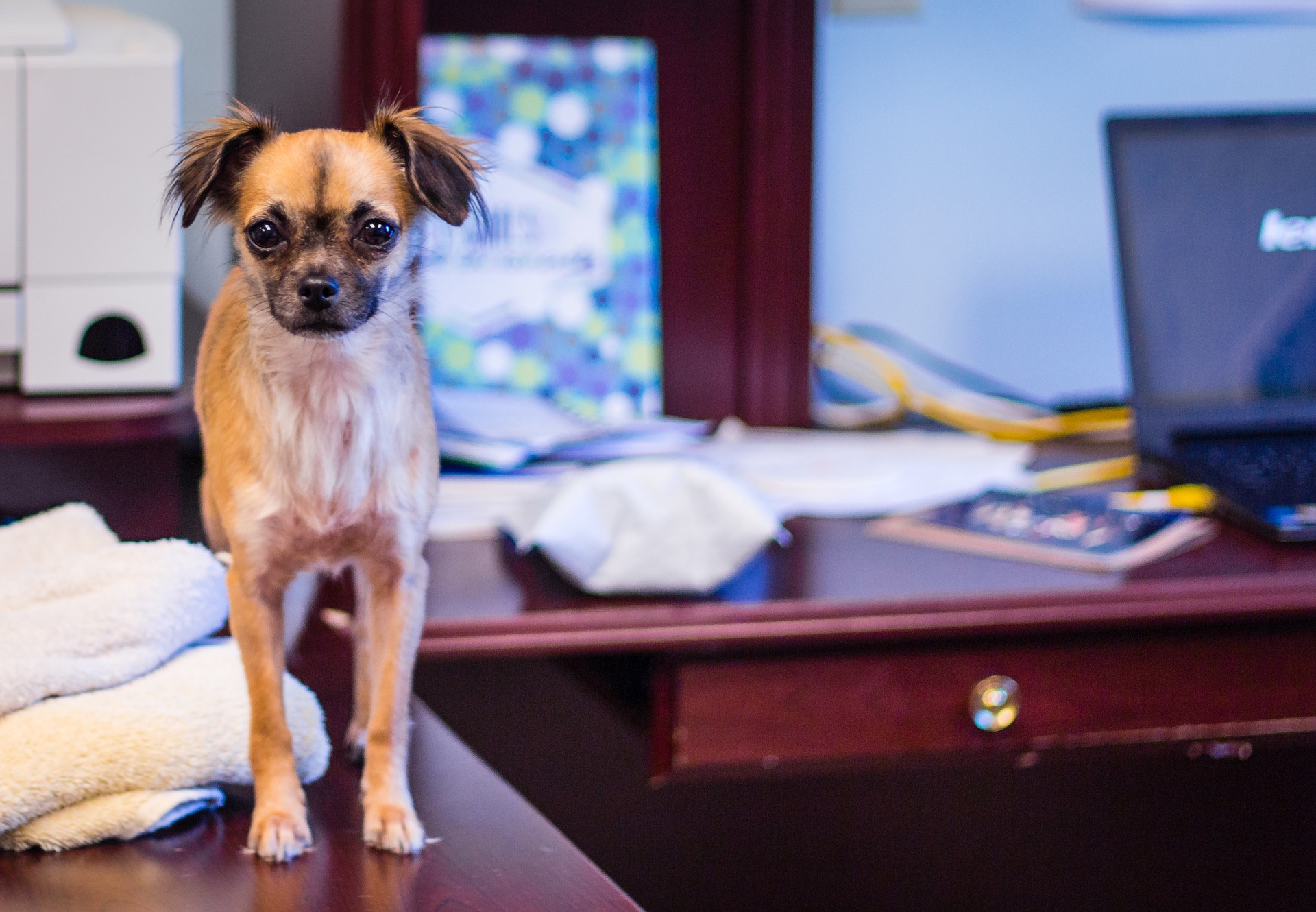 According to The Guardian, lockdown easing has had dog owners hoping they can bring their fluffy best friends into the office when work starts back up.

Kerrie Daly’s startup in the UK has two new members, Frankie and Rufus. Except instead of bringing briefcases to work, these two employees bring wagging tales and positive attitudes. “They give everyone a lot of light relief,” says Daly, “Rufus ate the founder’s shoes the other day, which was hilarious.”

The dogs have been visiting the office once or twice a week, and their attitude is contagious. “For Frankie especially, who’s a rescue, he was a bit wary of humans when they first got him, so getting him used to coming into the office and seeing the same faces is good for him,” explains Daly.

Pet ownership has surged in the UK in the past 16 months. About 3.2 million households have gotten a new pet in that period.

A survey conducted by comparethemarket.com of 1,003 employees found that 42% are hopeful they’ll be able to bring their dog into the office with them. Pups and their people have gotten used to having each other around all day, and aren’t looking forward to dealing with the separation as things go back to normal.

“If dogs can’t into fit their owner’s lifestyle post-pandemic, some will undoubtedly be left ‘home alone’ for too long, resulting in behavioural and welfare concerns, or even sadly rehomed or abandoned,” says Kennel Club animal welfare expert Bill Lambert, “Dogs are creatures of habit too, and this shift could really impact them in a negative way.”