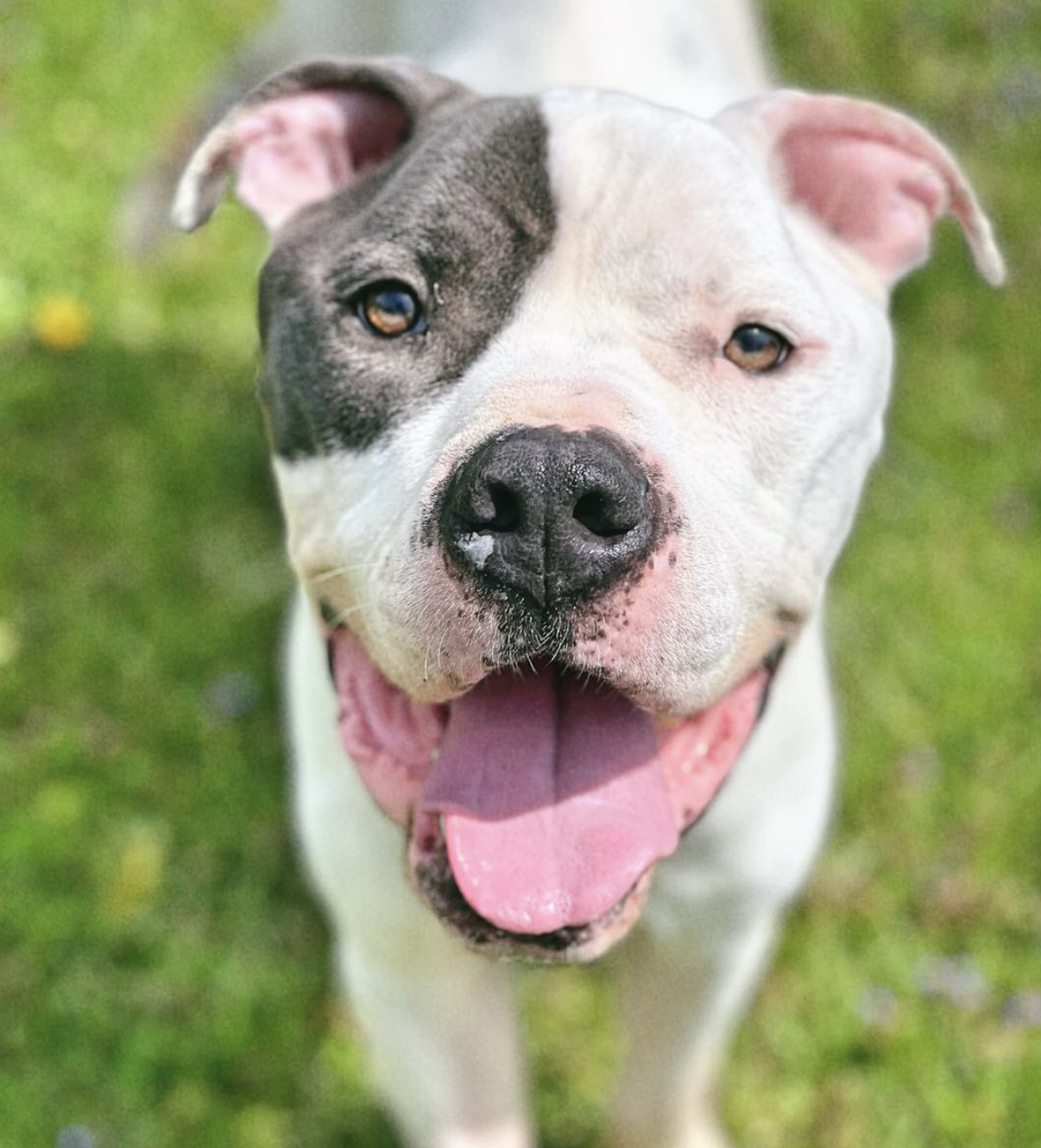 On Easter morning, the Humane Law Enforcement team at The Pennsylvania SPCA received an email from someone who had discovered an extremely malnourished dog who was tied to a tree in Southwest Philadelphia. The officer on call quickly responded to the scene and acted fast to transport the abandoned dog to the Pennsylvania SPCA headquarters.

The dog named Hal, short for Hallelujah, only weighed 43lbs at the time he was rescued. The bones in his body were sadly very visible to the point where he resembled a skeleton. He had pressure sores all over, his tail was dying, and the tip fell off soon after he arrived at Pennsylvania SPCA headquarters. The staff at PSPCA worked tirelessly throughout the night to give him IV medications, flush his wounds, and feed him many small meals throughout the day. The ultimate goal was to stabilize him and increase his chances of survival.

After two weeks at the PSPCA, Hal successfully gained back his strength and was finally stable enough to move to the shelter hospital at Main Line Animal Rescue. When the team met him, they could not believe how happy and sweet he was, despite all the horrors he had previously been through. During his initial exam, his tail, wrapped in a bandage, was wagging with excitement. Although Hal was still frail, the team was proud of him for gaining six pounds since he had been rescued.

Hall is currently in the bulking stage of a refeeding program, meaning he is starting to eat bigger meals less frequently and transitioning to a normal diet, says Main Line Animal Rescue. They are also treating his infected tail and plan to amputate it due to bone exposure, the rescue adds. He needs to gain more weight to be stable enough to receive anesthesia.

Although Hal has a long way to go in his recovery, one thing is clear: he is a fighter and will persevere through any obstacle that comes his way.

If you’re interested in helping animals in need, you can donate here. You can also send your donation to the nonprofit’s Venmo: @mainlineanimalrescue. Your donation goes directly toward helping animals, giving us the resources to rescue, rehabilitate, and rehome them with loving families. Simply put, your generosity saves lives!