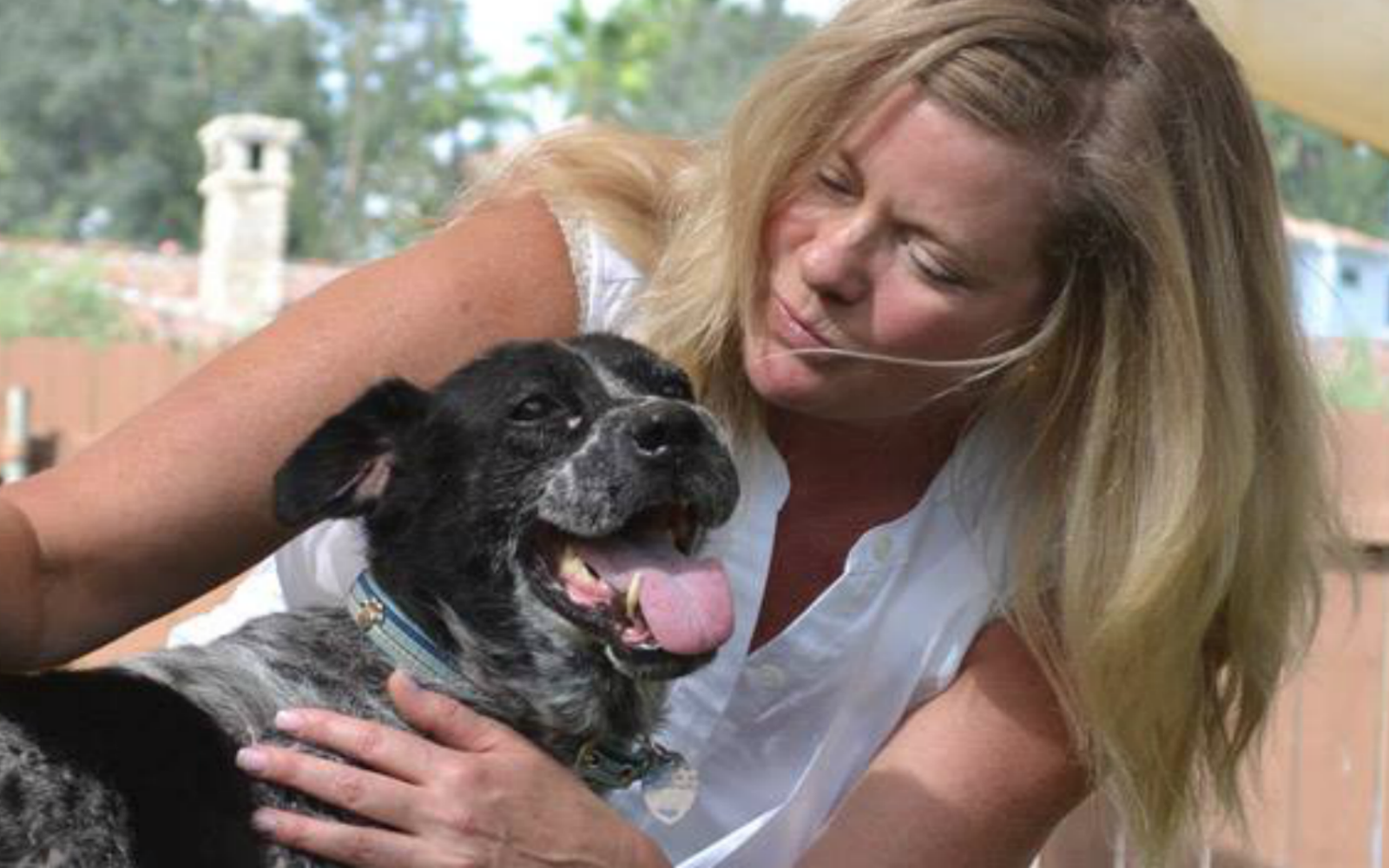 Earlier this year, a two-year-old Pointer mix was found on the streets of Tijuana by a rescuer. The poor dog, who has since been named Dwayne, was desperately scrounging for food while local residents threw scalding hot water and stones at him, disgusted by his deformities.

The rescuer then discovered the dog’s original guardian, who had bound his mouth with a cruel wire-muzzle and regularly kicked him with sticks. The person was serving jail time for unrelated offense. Dwayne was left to fend for himself on the streets. To make matters worse, he was further wounded when he was attacked by two large dogs, causing severe head injuries and nearly removed his ears.

Thanks to the rescuer, the pup thankfully made it to the Helen Woodward Animal Center, an animal shelter located in Rancho Santa Fe, California that holds a passionate belief that “animals help people and people help animals through trust, unconditional love, and respect creates a legacy of caring.”

From Horrific Abuse to Caring Hands

Despite all of the horrific treatment the dog had endured, he had nothing but love to offer each person he met. He would lower his head, offering a lick and would gently press his body against anyone who came close. The Helen Woodward center was determined to give Dwayne the life he deserved. Over the course of months, specialists repaired his severely malformed front leg and elbow, as well as performed a facial reconstruction surgery to repair the extreme mutilation of his nose and mouth. 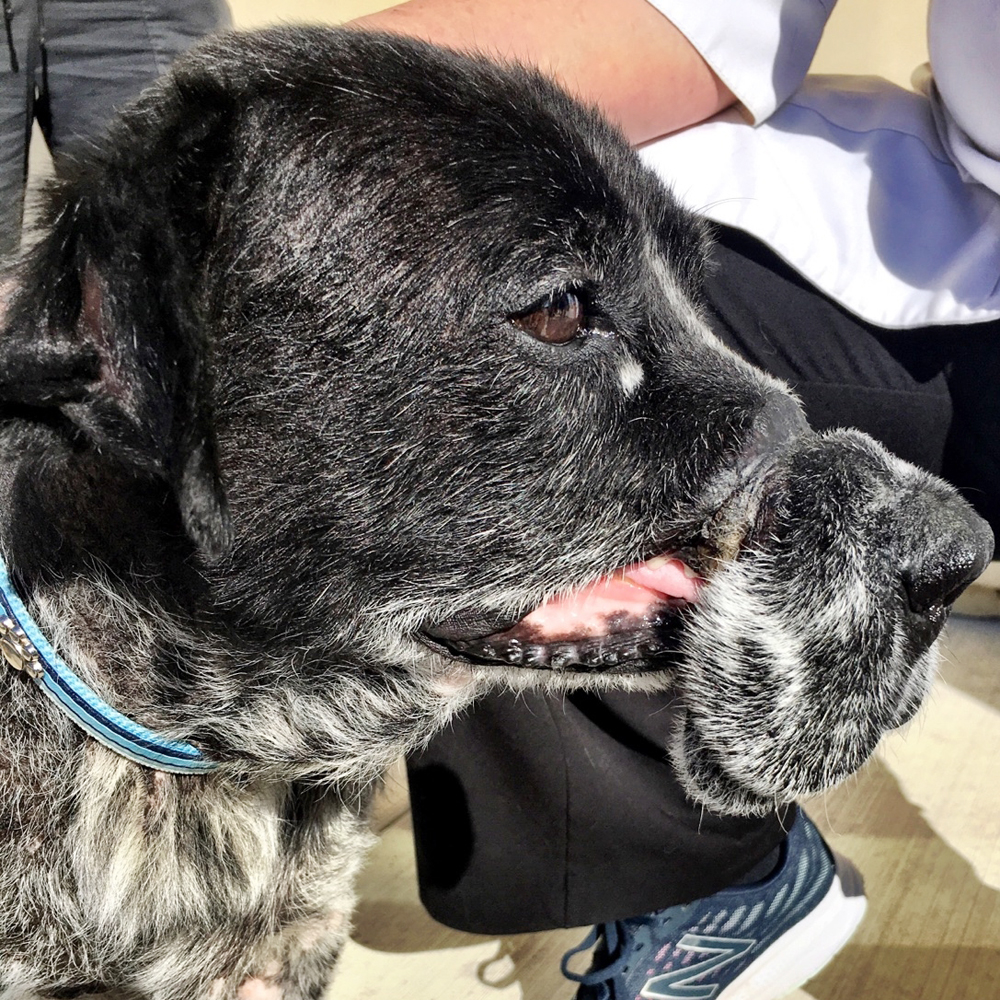 A renowned stem cell therapy institute, Vet-Stem Biopharma, even stepped up to offer cutting-edge treatment to help Dwayne’s healing process. The technology harvests tissue from an injured animal and delivers the animal’s own healing stems back to the site of the injury and throughout the body by IV. The procedure usually costs around $2,500 but Dr. Schaffer of Vet-Stem Biopharma was so touched by Dwayne’s story, he offered the procedure for free.

Determined to use every applicable modern medicine available to help heal his injuries, the Helen Woodward Center also provided laser therapy for the areas impacted by his facial reconstruction surgeries. Laser treatments have been shown to speed the healing process, reduce inflammation, as well as help with pain. The sweet pup as a trooper through it all. 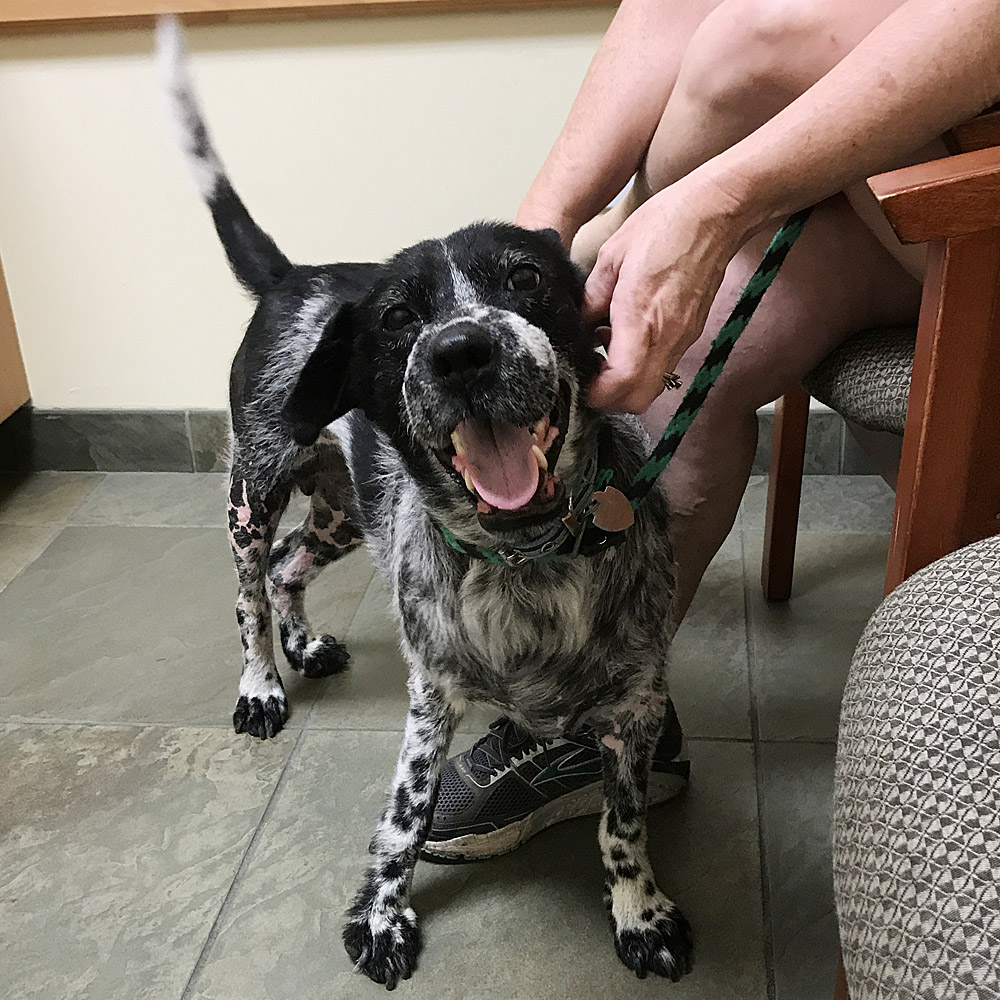 Dwayne’s story touched the hearts of thousands of animal lovers who helped to raise over $40,000 for his recovery. By August of 2017, the formerly abused and orphaned sweetheart of a dog was ready to find his forever home. To ensure the best possible home for this sweet boy, the Helen Woodward Animal Center requested a 100 word-or-less essay or a one-minute video to accompany each application, stating why the potential adopter would be best suited to Dwayne, as well as several qualifications.

Learning How to Be a Dog Again

Generously, the center offered half off all of Dwayne’s medical expenses for life, just as long as his new family brings him into the center for his ongoing treatment. After many applications to find Dwayne his forever home, the center finally found the perfect match with Kelly Nelle. Now, Dwayne is forgetting his traumatic past and learning to be a dog again. 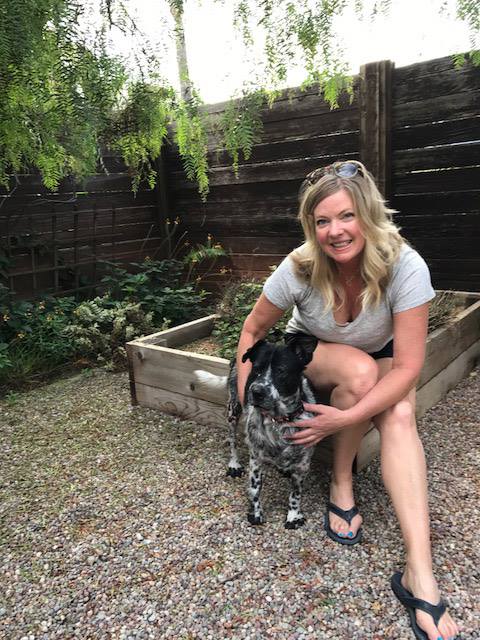 Dwayne has couch access, lots of toys to play with and of course, the adoration of his human mom. We are ecstatic to see Dwayne beat the odds with his inspiring transformation. Once starved and unable to stand, he refused to give up. Now he has his happily ever after. Happy tears! 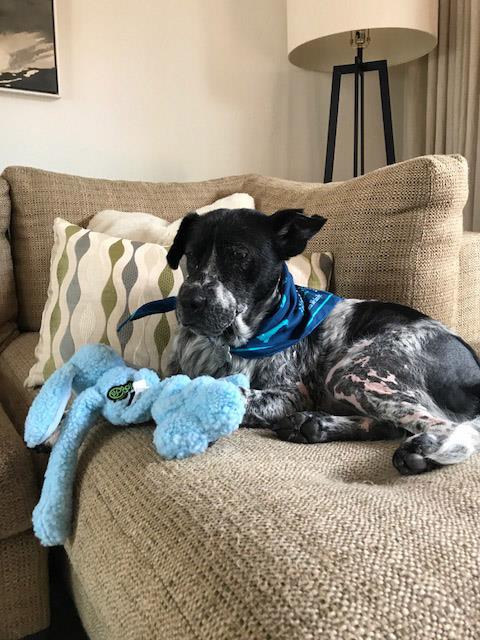 There is no way around it: what happened to Dwayne is animal abuse. Some incidents of animal cruelty go unreported because of a lack of understanding of what is considered neglect. There are signs to look out for when identifying animal abuse and neglect. It’s good to know the signs in case you ever come across an incident of animal abuse.

It’s important to remember that law enforcement and animal control departments highly advise against citizens taking matters into their own hands. As much as it angers you to see an animal being abused or neglected, you could end up putting yourself in a dangerous situation when confronting an animal abuser or trespassing on someone’s property to rescue an animal.

It can take more than reporting animal abuse to the authorities, so to help in prosecuting the abuser, the best thing you can do is document the details, dates, and times of any incidents and contact animal control immediately.

Thanks to the Helen Woodward Animal Center, Dwayne now has a second chance at life. We are sure this adorable pooch will bring years of joy to his new human mom. If, like Kelly, you are also looking for a furry best friend to add to your family, be sure to always adopt and never shop!

For more information about the incredible work, the Helen Woodward Animal Center does to help our four-legged friends, click here.