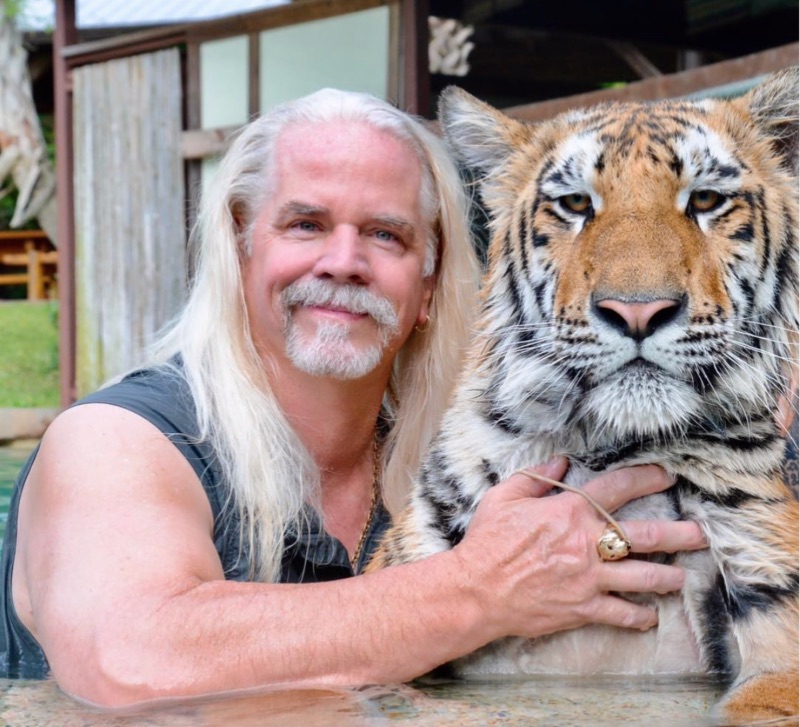 Doc Antle, owner of Myrtle Beach Safari and featured in Netflix’s “Tiger King,” has been charged with multiple charges related to wildlife trafficking according to Virginia Attorney General Mark Herring.

Two of Doc Antle’s daughters, Tany Antle and Tilakum Watterson, have also been indicted on charges related to animal cruelty and violating the Endangered Species Act.c

“Antle’s indictment comes as no surprise to us and makes a clean sweep of the cruel characters featured front and center in the series ‘Tiger King’ – Joe Exotic is now in prison for conviction on wildlife violations and attempted hire-to-murder; Tim Stark’s (owner of Wildlife in Need in IN) USDA license has been revoked, his facility closed by the IN Attorney General, and he was arrested this week in New York while trying to evade authorities; and Jeff Lowe (who took over Joe Exotic’s facility) has relinquished his USDA license and is embroiled in legal issues regarding the care of his animals.” Kitty Block, president and CEO of the Humane Society of the United States, said in a statement.

“Tiger King” called attention to the issue of wildlife trafficking after its release in the spring of 2020. There are more big cats in captivity than in the wild according to the World Wildlife Fund. These animals live in confined and often unsanitary spaces that are inadequate for such large animals. Many tigers are sold and bred illegally and used for their parts and fur.

“Sadly, they are not the only ones who breed and hold wildlife captive for a lifetime of abuse. Hundreds of these characters run operations just like them and must be stopped. These animals are bred for profit, snatched from their moms for cub petting and photos by the paying public, then discarded when they are too dangerous to handle at a few months of age,” Block continued.

Roadside zoos keep exotic animals in small cages without proper food or medical care simply to amuse visitors. The practice of bottle-feeding tiger cubs is a big attraction for these zoos yet it endangers the health and safety of the cub and the visitor. Often, zoos drug the animals with dangerous sedatives just to charge visitors more for photo ops.

Read more about eight bills sitting in Congress that could help protect animals from abuse and suffering.