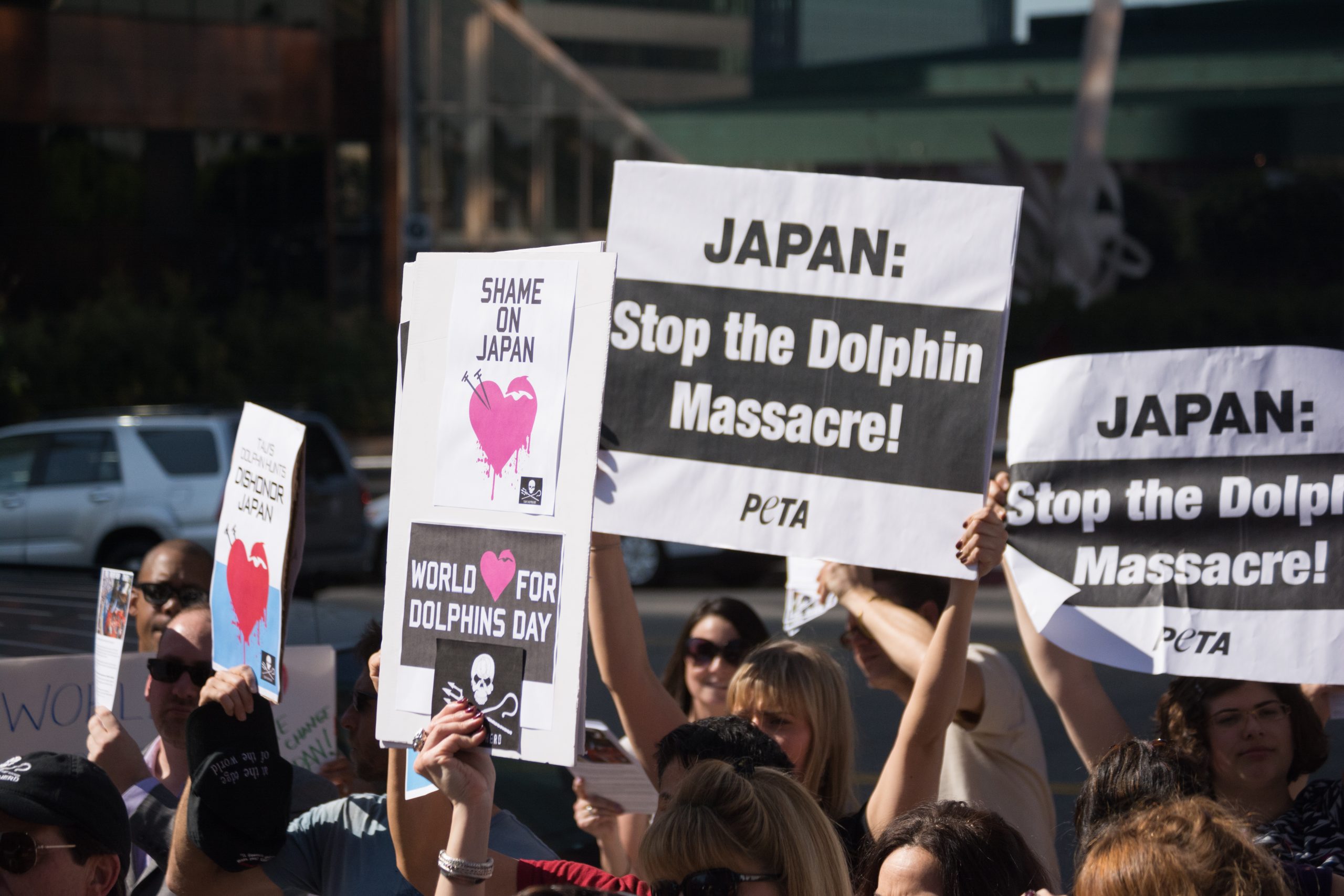 New footage from Taiji in Japan, known as “killing cove,” shows dolphins being hauled in for meat or entertainment. According to the Daily Mail, divers are shown wrestling with the dolphins to get them onto the boat.

People that vacation at resorts where they are allowed to “play” with dolphins are often unaware of the heartbreak behind their capture. According to Tim Burns, of the Dolphin Project, ” Tourists are largely unaware of how many creatures have died so they can swim with that one ­dolphin they meet,” he told the Daily Mail.

The killing at Taiji has been going on since 1950. Still legal in Japan, fishermen can hunt and catch the mammals without repercussions. According to the Dolphin Project, hunters put steel poles into the water to score the dolphins and then hit them with hammers. When the dolphins try to swim away, they are captured by nets.

Sign the petition below to help end the Taiji dolphin slaughter.

Learn more about the slaughter in Japan in One Green Planet, check out these articles: