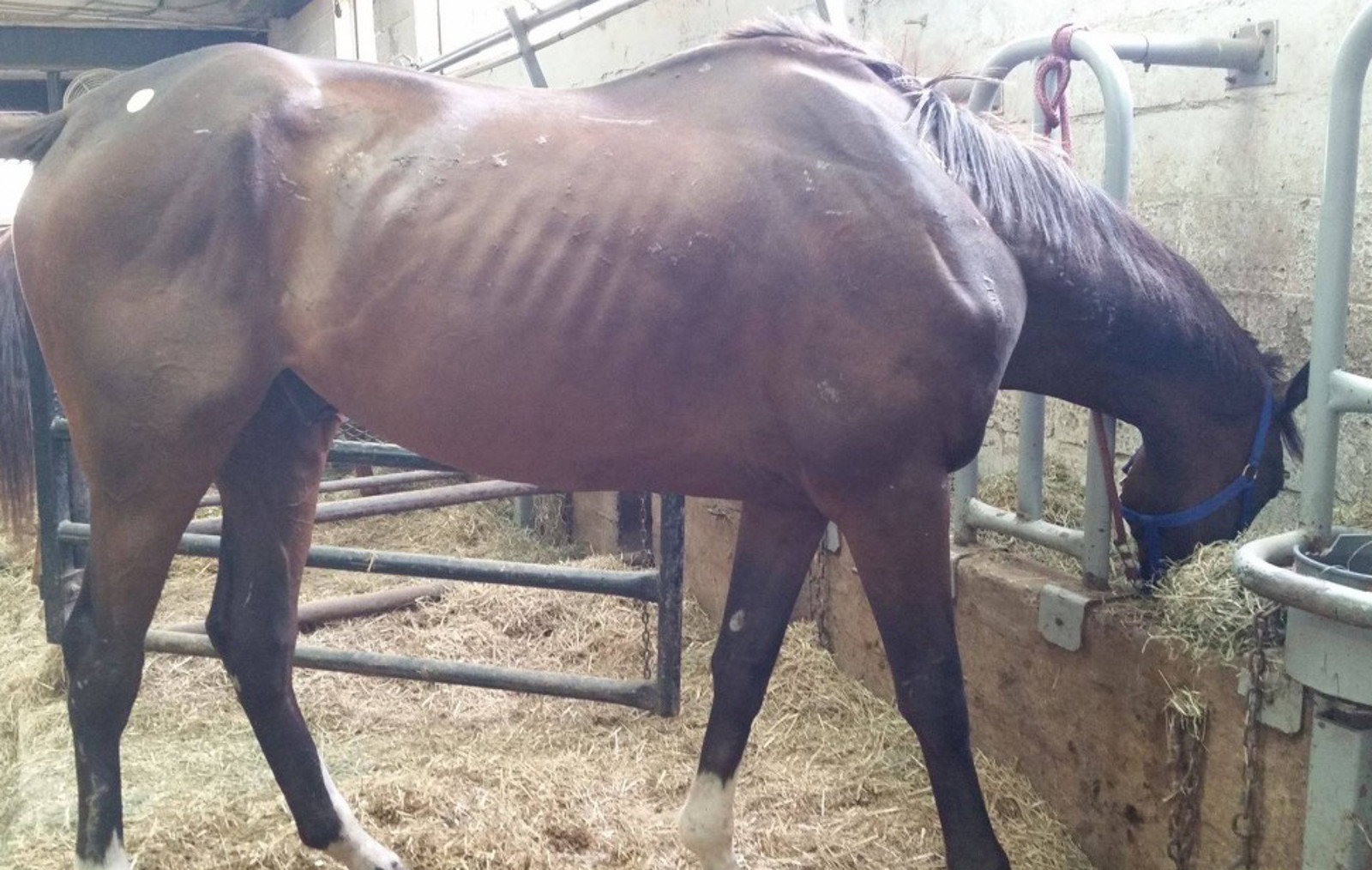 On a summer day in late August, a four-year-old thoroughbred horse found himself in the crowded pens at the New Holland Auction House in Pennsylvania – a well-known horse auction frequented by the lowest of low, kill buyers.  Along with many other horses dumped by their previous owners, failed by humanity and discarded like trash, he waited.  As a horse that was once worth $300,000 as a yearling, his price tag was now comparable only to his worth in meat.  There is only one outcome for most horses in this situation – a trip to the slaughter facility in Canada.

For Grand Strand, a happy ending was just within reach thanks to a number of dedicated activists who bravely outbid the kill buyer and purchased him for a mere $950 and gave him a second chance at life.  Grand Strand’s story is a common one within the thoroughbred industry and a reminder of the sad truth behind what happens to unwanted ex-racehorses. 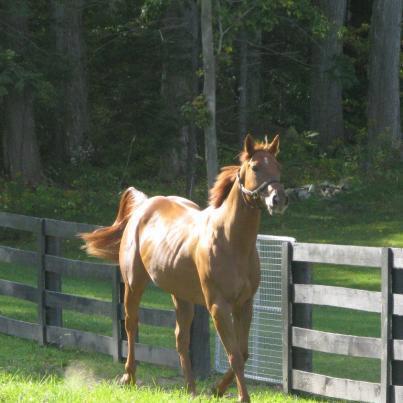 The thoroughbred industry in the United States is a dark one tainted by deception.  Thousands of horses are injured, some fatally, every year for the sole purpose of entertainment and “sport.” Horses bred into racing are forced to endure strict training methods, drugged to numb pain, abused, pushed to extremes and ultimately dumped into the slaughter pipeline when no longer profitable.  It is a sad industry driven by greed.

Rewind to 2013 and a horse named Backstreet Bully.  Like Grand Strand, he was a four-year-old OTTB (“off the track thoroughbred”) originally owned and bred by Adena Springs, a thoroughbred breeding farm as well as a leader in the movement to find new careers for retired racehorses.

Somewhere along the line, things took a horrible turn for Backstreet Bully and he found himself in the kill pen of an auction house, destined for meat. Despite repeated attempts to save him, the kill buyer could not be outbid nor would he agree to sell the young horse. He had wrongly been designated as a “meat only” horse despite his past history in the racing world. His drug records clearly indicated that his meat was not eligible for human consumption due to the high presence of medication. The undeniable proof was blatantly ignored by the kill buyer as well as the Canadian Food Inspection Agency veterinarians working at the slaughter facility.

All of these efforts could not prevent the kill buyer from filling his load of slaughter-bound horses that day. In January 2013, Backstreet Bully was killed at the slaughter plant in Quebec, Canada despite vast outcry and outrage. For a horse with so much life left and potential, his story will never be forgotten and is a stark reminder of just how badly horses are treated in society. Thankfully for Grand Strand, his life was spared at the last moment.

The Rescue of Grand Strand 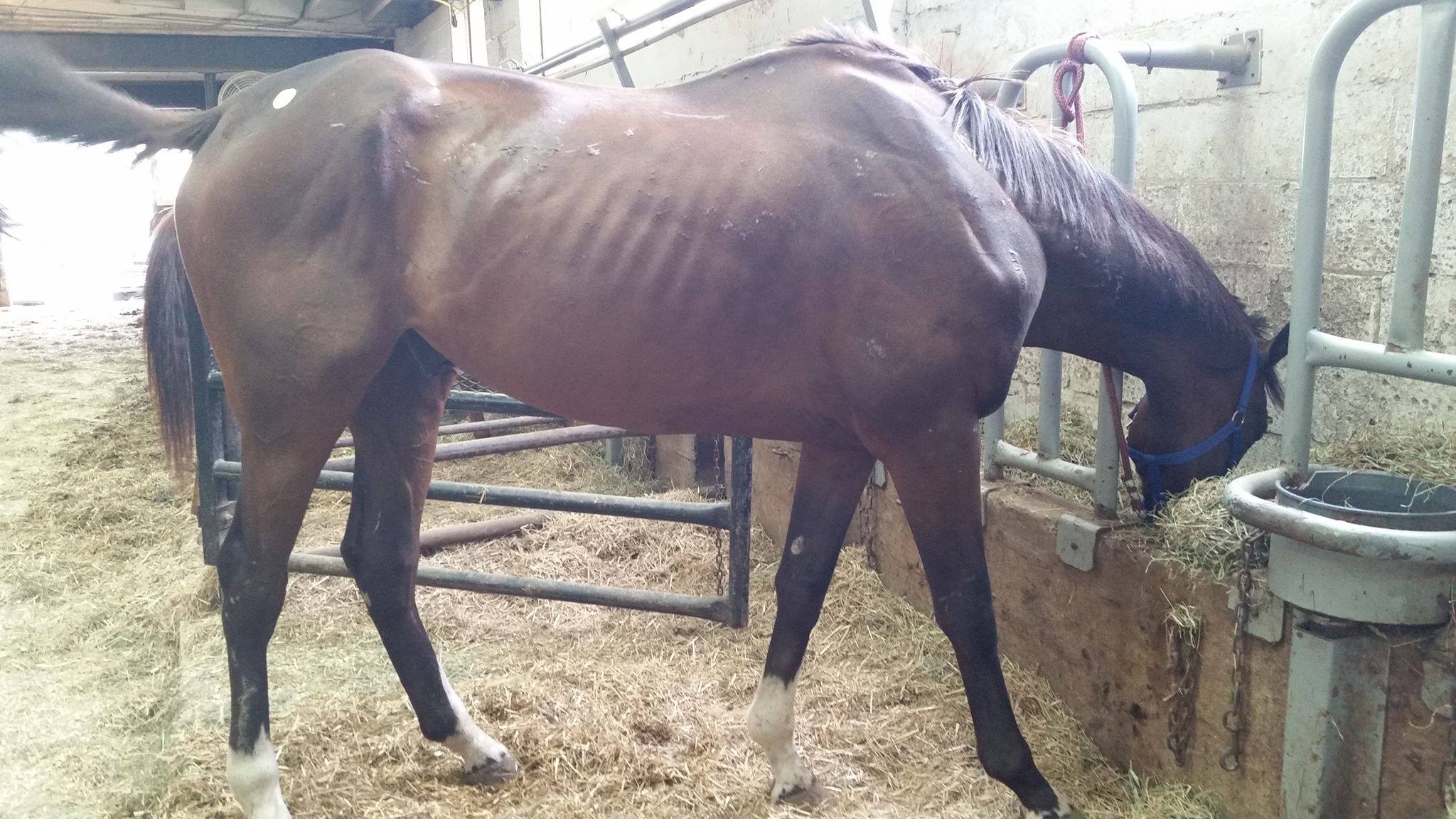 Mindy Lovell of Transition Thoroughbreds, a facility dedicated to the rescue, rehabilitation and rehoming of OTTBs located in Ontario, Canada is a main player in the horse rescue world and has been responsible in saving many OTTB’s over the years.  On that day in late August, she was contacted about the four-year-old gelding about to be run through the auction ring at New Holland.

Going on nothing more than his lip tattoo, Lovell was quickly able to identify the horse as Grand Strand – a once top-selling horse with magnificent bloodlines.  Plans were quickly put into motion by Lovell and her contact at New Holland to outbid the kill buyer.  They were successful and for $950, Grand Strand’s life was spared.

He will soon make the journey to Canada to his new home at Transition Thoroughbreds – a life free from torment and filled with promise. Generously, all of the rescue and transportation costs will be covered by his former trainer who had been told that Grand Strand had been rehomed to a reputable hunter/jumper facility. He had clearly been deceived.  Impeccable breeding and top bloodlines are not enough to prevent a horse from finding its way to the slaughter plant – a far too common outcome for thousands of ex-racehorses every single year.

Backstreet Bully and Grand Strand’s stories lie in parallel – both were bred into a life of racing and both were cruelly discarded into the slaughter pipeline without a second glance. Grand Strand was one of the fortunate ones, saved from a horrific end thanks to kind and compassionate individuals. He was not the first nor will he be the last. You can help, however.

Do not support the horse racing industry in any shape of form. Educate yourself and others about the treatment of horses used for entertainment purposes. Support your local rescues and sanctuaries. If you are in the position, attend an auction and help save the unwanted horses before they end up in the hands of a kill buyer and ultimately on the trailer heading to slaughter.

“The idea that some lives matter less is the root of all that is wrong with the world.” –  Dr. Paul Farmer