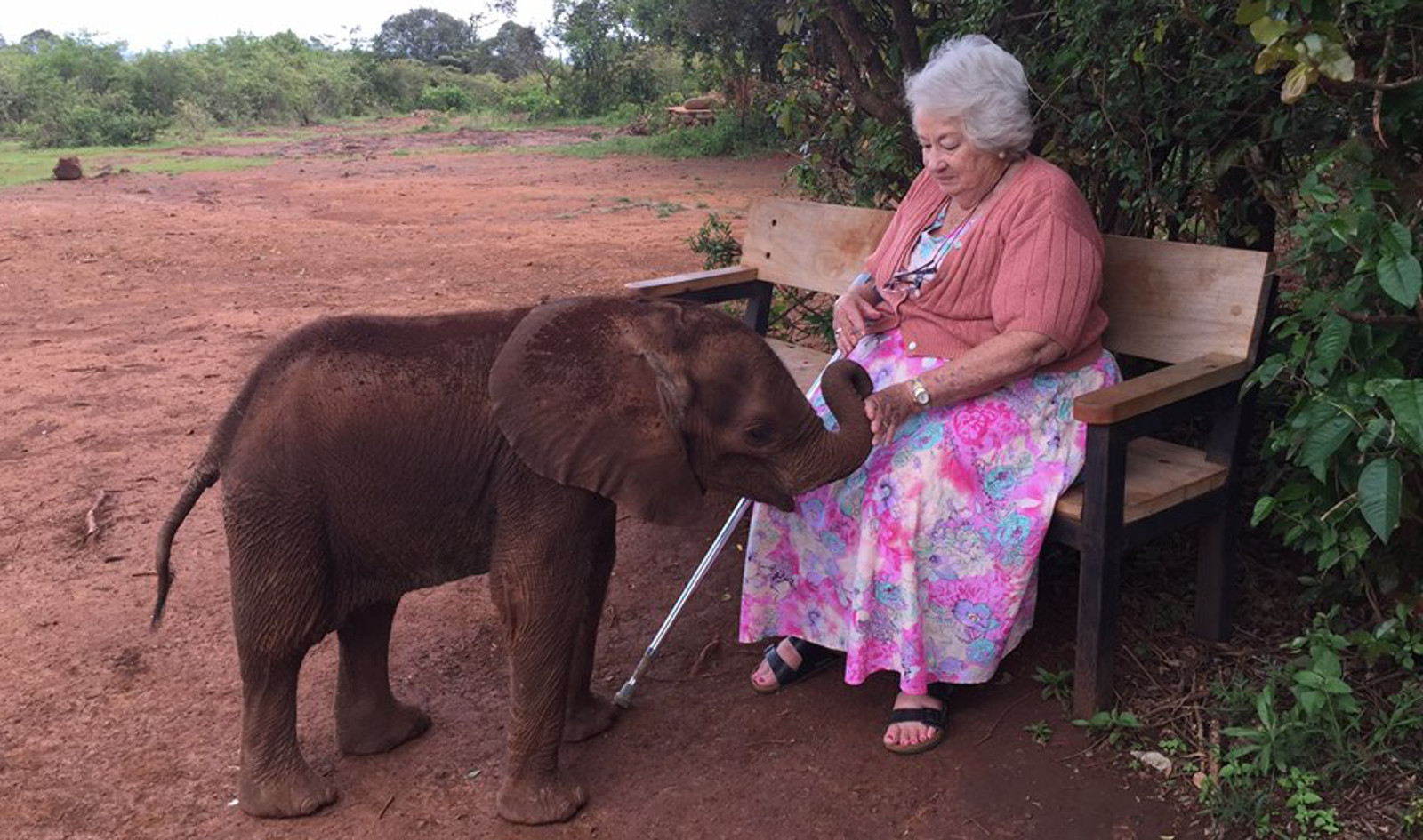 With her elegant, calm demeanor, at 81 years old, Dame Daphne Sheldrick oversees the daily chores and adventures of the David Sheldrick Wildlife Trust’s Orphan Project, an orphan-elephant rehabilitation center in Kenya. That she was granted Damehood (the female version of Knighthood in the British Empire) should come as no surprise. Though her formal education did not continue beyond graduation from high school in Kenya, she is a verifiable expert on African wildlife and a pioneer in the field of animal orphan rescue-and-release.

Her late husband, David Sheldrick, was a legend as far as park wardens go, and as head warden of Tsavo, Kenya’s biggest national park, he shared duties with his wife, whom he considered co-warden. Daphne Sheldrick created a legacy all her own, as well. The most successful center of its kind in the world, her Orphan Project organization works with Kenya Wildlife Service and anti-poaching guards to save the lives of baby elephants.

Daphne Sheldrick is a Superhero For Baby Elephants 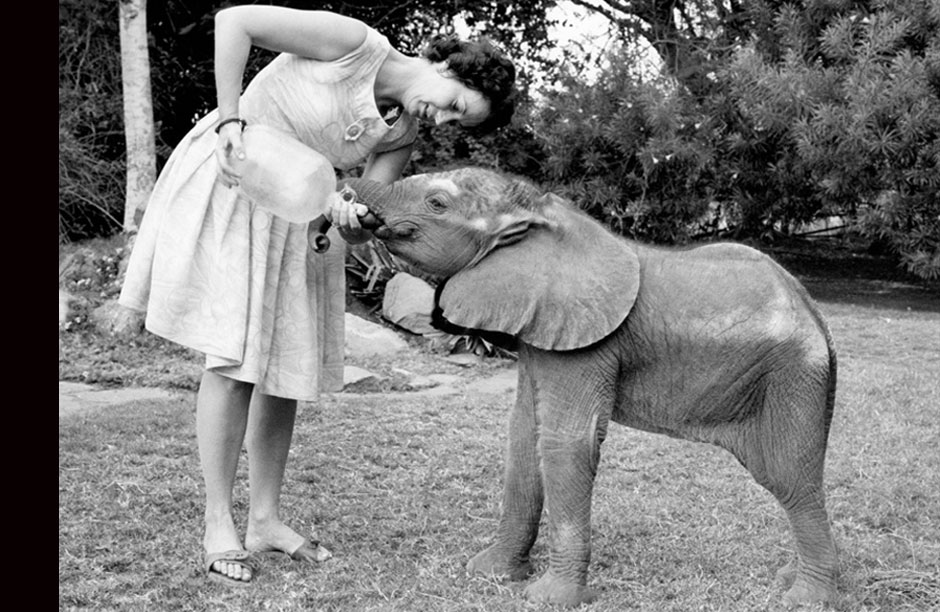 Orphaned elephants are a particularly tragic case, because while the other adult elephants in a herd will not reject the baby from the group, other lactating mothers will rarely concede to nursing a baby not their own, for their own babies’ survival. The babies, already traumatized by the loss of their mothers, weaken quickly from the lack of nourishment and perish on the sun-scorched plains. Unless Sheldrick steps in.

Before Sheldrick, it was nearly impossible to rehabilitate an orphaned elephant; the milk that baby elephants get from their mothers is, as all milk is, highly specific to their species, and was difficult to replicate. She found the first formula that helped little elephants thrive without their mothers. Even with this innovative replacement, elephant rescue is a harrowing procedure: the project requires aerial surveillance, mobile veterinary units, and a team of dedicated Kenyan rescuers. When orphaned elephants attempt to join other herds, they are often rejected by the close-knit groups. If an orphan can be returned to the wild after learning the social constructs required to be viewed as stable in a herd, they are much more likely to be introduced as a new family member. A herd will still protect an orphaned baby from humans, however. Therefore Orphan Project’s team must encircle the orphan with Land Rovers to keep the herd away in order to transport the baby elephant – of at least 200 pounds – to the sanctuary.

The baby is then safely transported to the Sheldrick orphanage, nestled in Nairobi National Park, where he or she is immediately treated to food, water, and love. Still, the babies grieve deeply for their mothers, often lapsing into depressions that can last for months. It takes persistent, gentle attention from human caretakers as well as the maternal instincts of the older rescued orphans to get a newbie finally romping with the ragtag herd. 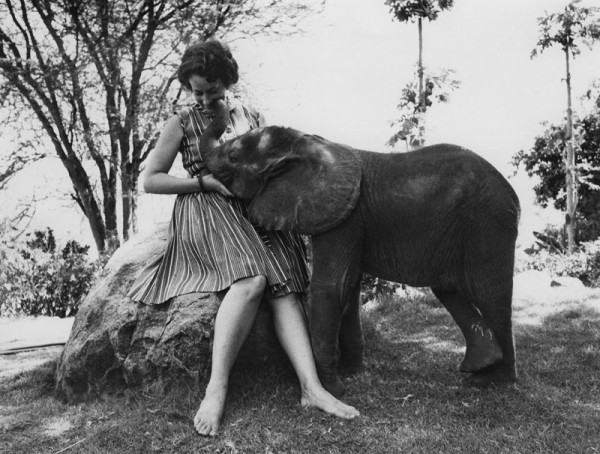 Every day, caretakers apply layers of sunscreen to the babies’ burn-prone ears, which the little ones seem to enjoy. Every night, the babies are returned to their own private “rooms” (or stocks), where they are watched over by a caretaker all night long. Possibly the most charming detail in the already overwhelmingly cute situation? These one, two, and three year olds – much like human children – sleep in separate areas because if put together, they would keep each other up all night, playing.

After elephants say goodbye to Sheldrick, some occasionally return to their “second first home” for a visit: when they are sick or injured; or adorably and amazingly, to introduce their own wild-born babies to their former caretakers.

From 1990 to 2012, the number of wild elephants in Africa dropped from 700,000 to 360,000, and only 35,000 remain in Kenya today. The system Sheldrick has prescribed since the 1960’s is currently one of the only hopes elephants have of surviving as a species in Africa. The Dame herself even has a clear idea of how to prevent the extinction of elephants: “a global ban on all sales of ivory.” It is the ivory, or tusk, of course, that poachers seek when they kill an elephant or rhinoceros. The demand for ivory in China is high, and poachers are able to feed their families far better from the slaughter of an elephant or rhino than from an attempt at Kenya’s feeble job market. A ban on the sale of ivory worldwide is a tall order, but in an age when experts predict the rhino could literally go extinct in our lifetime, world leaders would do well to fill such an order. As to the human rights issue, the corruption in Kenya will need to be healed before poaching loses its appeal.

On a brighter note, Sheldrick’s book, An African Love Story, has been published in several languages, around the world. Entertaining for its heartwarming stories of aftershave-loving civet cats and fascinating for its insights into elephants and why they matter, the book might just inspire the next generation of heroes we need to beat the clock for elephants’ and rhinos’ survival.

In a world that largely values elephants for the profit they can make humans – to be on display in zoos (“conservancy” being the excuse, paltry when compared with Dame Daphne’s conservancy), exploited in circuses, poached for ivory – the people at the Orphan Project see them just as they are: beings who feel, experience, and deeply want their lives and their freedom. Beings whose disappearance from Earth should be not only mourned, but fought.