What the What?! Dairy Industry Launches Partnership With the Onion to Dispel Dairy Myths 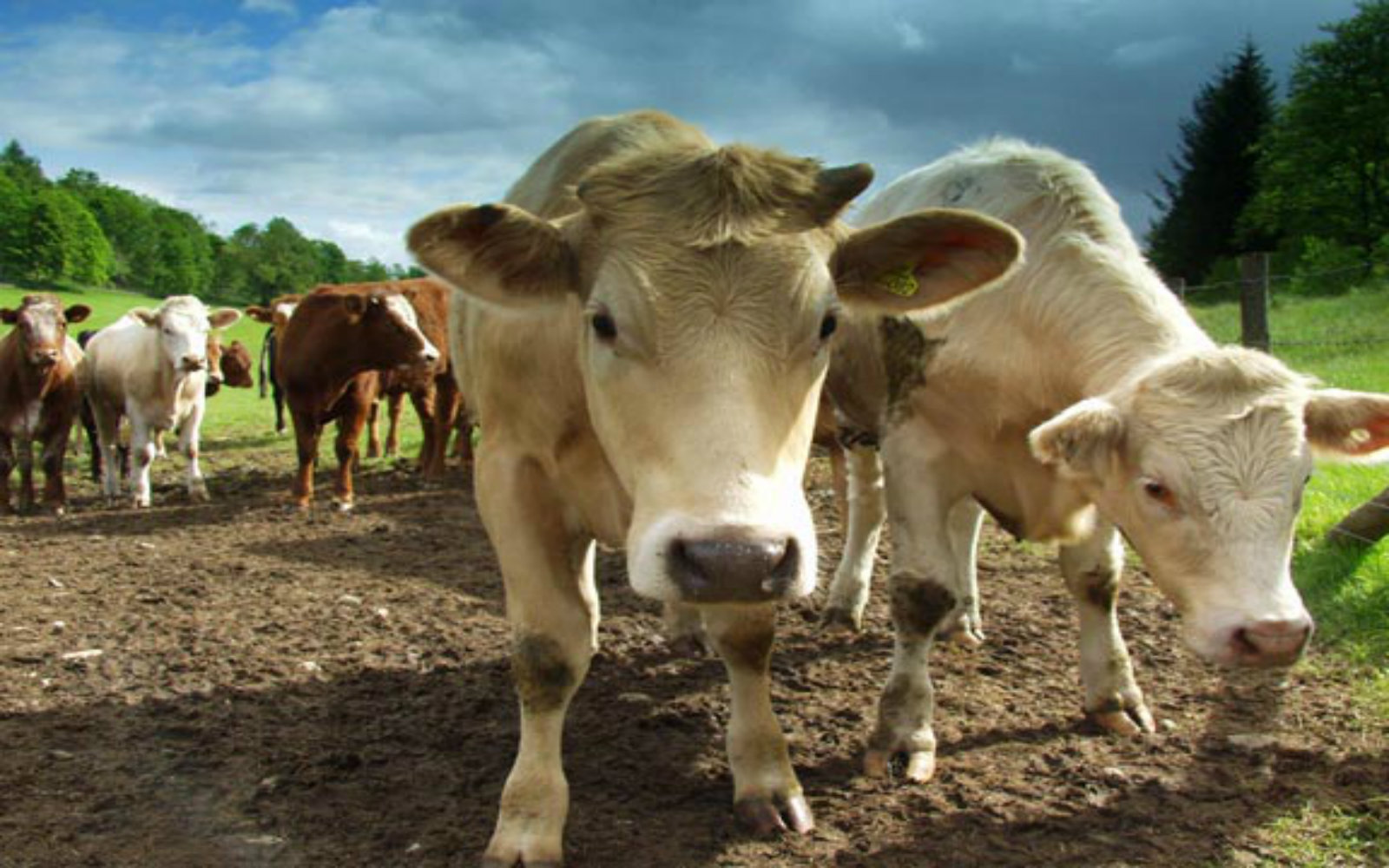 Many people will be familiar with the satirical website, The Onion. Taking on the big and controversial issues of the day, the site has become known for taking no prisoners in its quirky take on well-known figures and complex political situations. So, we could perhaps be forgiven for thinking that it was another example of sartorial spin when we heard that the Onion had teamed up with “Dairy Management Inc.” to “dispel the myths about dairy farming.” Sadly, it was not a joke as a recent article by Andy Bellatti  published in Civil Eats points out that the well-known website is now hosting sponsored posts in order to promote the dairy industry to a younger audience who, according to reported figures, are turning away from dairy products. 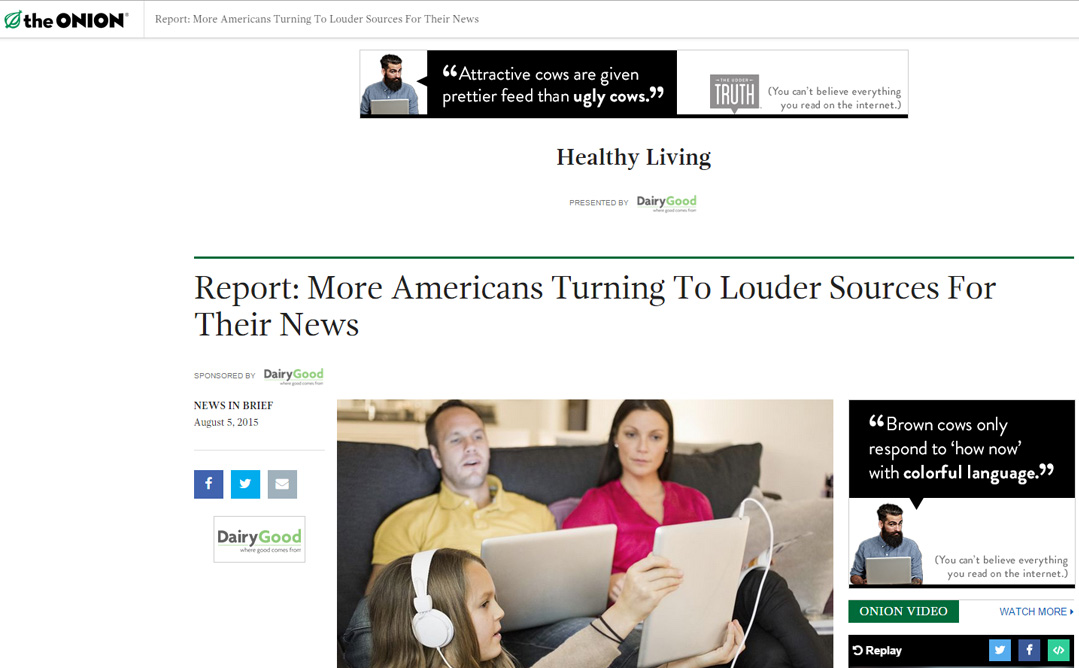 Dairy Management Inc., which has adopted the comedic tagline “The Udder Truth” for the campaign, is an organization with the specific remit of increasing dairy sales and whose operation is funded by the USA’s 47,000 dairy farmers. The Onion and the dairy industry organization, whose reported turnover is nearly $200 million dollars a year, with almost $30 million being spent on “PR and Image Relations,” have come together in the creation of a dedicated website to promote the benefits of milk and to pass off anyone who may raise concerns over the multi-billion dollar industry as a subject for ridicule. Split between videos of “experts” (dairy farmers) and tongue-in-cheek pieces poking fun at animal protectionists, the site makes some bold, yet not necessarily convincing, attempts to stifle anxieties around the animal welfare and health concerns linked with consuming dairy products.

For example, in response to the statement “It’s cruel to separate calves from their mother,” the farmer answers with a smile: “When a calf is born, they weigh just about 80 to 100 pounds. The mother weighs 1,500 pounds. With those kinds of animals in the same space, there might be collisions.” These potential collisions, along with some mothers who might not be attentive enough to their calf’s feeding needs, appear to be reason enough to separate every mother and baby just a day or two after birth. Of course, the desire to remove the calf in order that the milk which the calf would normally suckle from the mother can be taken and sold for human consumption was not mentioned. Despite the industry claims that taking newborn babies from their moms is “kind,” there is ample evidence to show that these intensely maternal animals want to be with their babies, and their babies need to be with them.

In response to the allegation that “Cows are overworked” in dairy farms, with a gentle shake of the head the farmer confirms: “They are only milked for about five minutes a day.” The rest of the time, he says, they might drink some water, lie down, or eat some food. What he fails to mention is that concerns over “overworking” female cows is usually made in reference to the fact that these animals are forced to endure repeated pregnancies in order to keep their milk flowing, they have their calves taken from them over and over again and then, on average, they are sent to slaughter at around seven years old; some ten years before their natural lifespan is over.

Aside from the claims made by the farmers themselves, perhaps most worrying is the attempted use of satire to silence the industry’s critics. In one article portrayed as an interview with a blogger, the fictional (and perpetually outraged) blogger tells the interviewer how he intends to spend his day, saying, “Today, for example, I plan to rant about how we’re all morphing into poisonous zombies from the antibiotics administered to dairy cows by aliens — you know, deftly work in something alarmist about how the milk we drink is in fact white food coloring mixed with the tears of radioactive pandas.”

Hilarious, right? It might be, if it weren’t for the fact that illegal antibiotics have been found in dairy products as recently as four months ago and a number of dairy operations have been hit with huge fines in the last few years for contamination of waterways.

Dairy Industry Concerned for its Future

While it is disappointing to see satirists paid to advance the financial interests of industry, it is perhaps heartening to see what great lengths the dairy industry is going to convince the younger generation to come on-side as it shows that the industry is concerned. While dairy products are still big business, sales declined by a third in the last 40 years. In the meantime, sales of dairy-free alternatives to milk and other dairy products are booming, with retail sales reaching over $24 billion in 2014.

If you really want the “Udder Truth” then please check out more information about the reality behind dairy farming and, if you have not thought about it already, why not consider taking a step to cut out dairy from your diet. There are so many dairy-free alternatives that you are spoiled for choice.