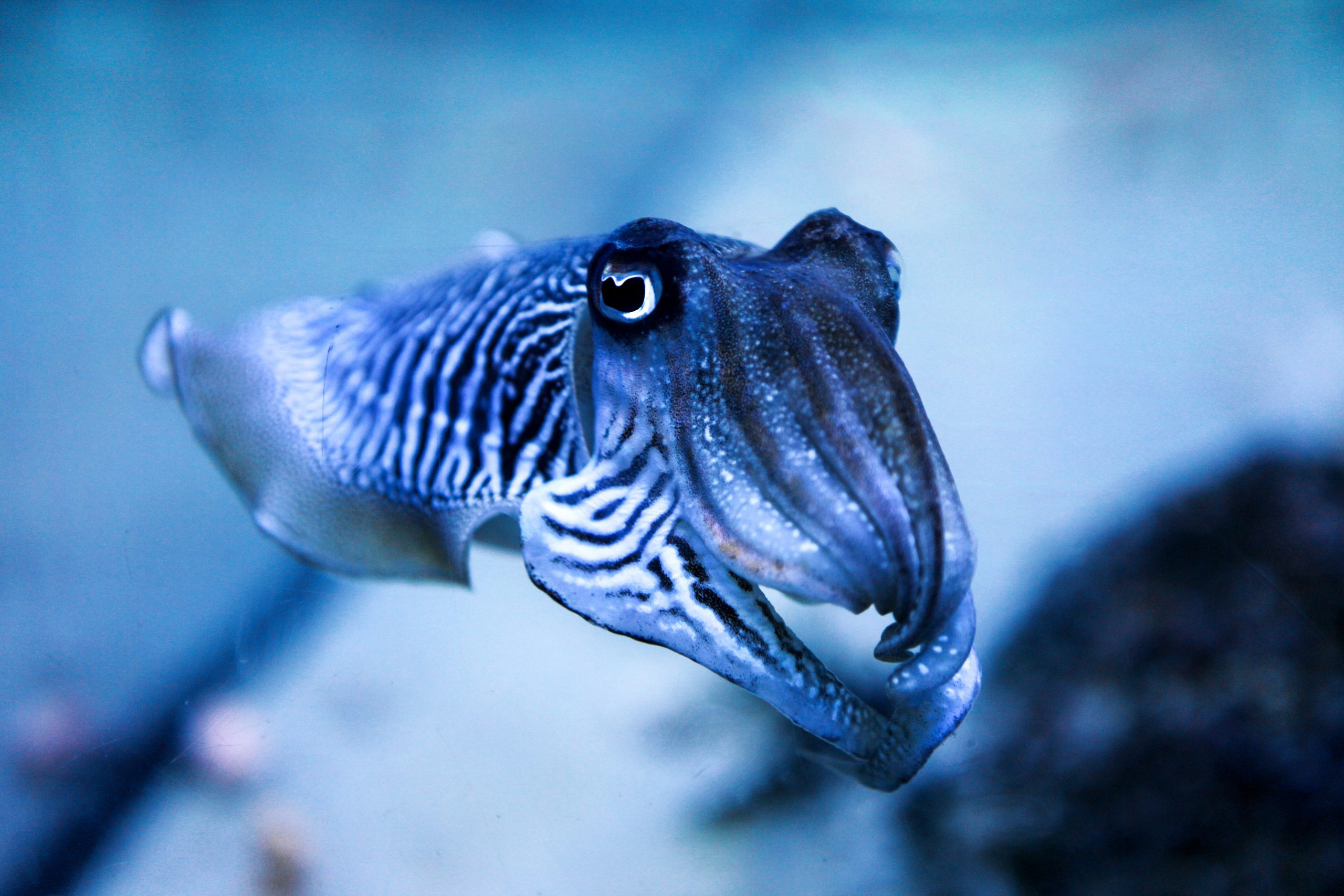 In a study that challenges perception about animal cognition and sentience, a cuttlefish has successfully passed a cognitive test originally designed for human children. The “marshmallow test”, coined by the Stanford Marshmallow Experiment, was created to test children’s understanding of delayed gratification. A child would be presented with a marshmallow and the option to eat the treat immediately or wait fifteen minutes to earn two marshmallows; the ability to practice self-restraint in order to earn a greater reward is considered a sign of higher cognitive function. While corvids, primates, and cuttlefish have all passed modified versions of the marshmallow test, a new study has ruled out potential skepticism and made it incredibly clear that these strange animals are highly capable of comprehending the idea.

In the study, six cuttlefish were placed in a tank containing two transparent chambers. The locked chambers contained two treats, one with a piece of king prawn, and one with a highly desirable live shrimp. Each chamber was marked with a symbol- a circle on the door containing the prawn indicated that the chamber would open immediately, while a triangle on the door containing the live shrimp indicated that the chamber would open after 10 to 130 seconds. If the cuttlefish chose to pursue the prawn, the live shrimp would immediately be removed from the tank. All of the cuttlefish learned quickly and chose to wait for access to the shrimp rather than compromise for the prawn. The study also explored the ability of cuttlefish to recognize and interact with symbols, another trait indicative of high cognitive capacity.

“Taken together, our results demonstrate comparable cognitive capacities between cuttlefish and the more commonly studied mammals and birds with regard to self-control,” the study concludes. “Our results also provide the first evidence of a link between self-control and learning performance in a non-primate animal.”

Cuttlefish belong to a family of animals known as cephalopods, which among others, include the octopus and squid. The ethics of consuming octopi have been the subject of hot debate in recent years as numerous studies indicate the animals are capable of high cognitive function- including recognizing human faces, completing complex problem-solving tasks, and more. The 2020 Netflix documentary My Octopus Teacher brought cephalopods into the realm of household conversations, highlighting the story of a highly intelligent female octopus who befriended a diver.

“Octopuses stand out among invertebrates for their complex behavior. They are capable of problem-solving, mimicking their surroundings using color changes that take place on a scale of seconds, outwitting predatory sharks, discriminating individual humans, engaging in playful behavior, and hunting in response to cooperative signals sent by fish,” reads an excerpt from the 2019 essay The Case Against Octopus Farming. “As these patterns of behavior suggest, octopuses (as well as some other cephalopods) have sophisticated nervous systems and large brains….as consumers become increasingly concerned about animal welfare and sustainability, the case against octopus farming should only become stronger.”

The evidence is clear: as alien as they may appear, cephalopods are highly complex beings capable of impressive cognitive function. As science continues to open the door to wider knowledge surrounding their behavior, the slaughter and consumption of these strange and mystic animals become more difficult to justify.