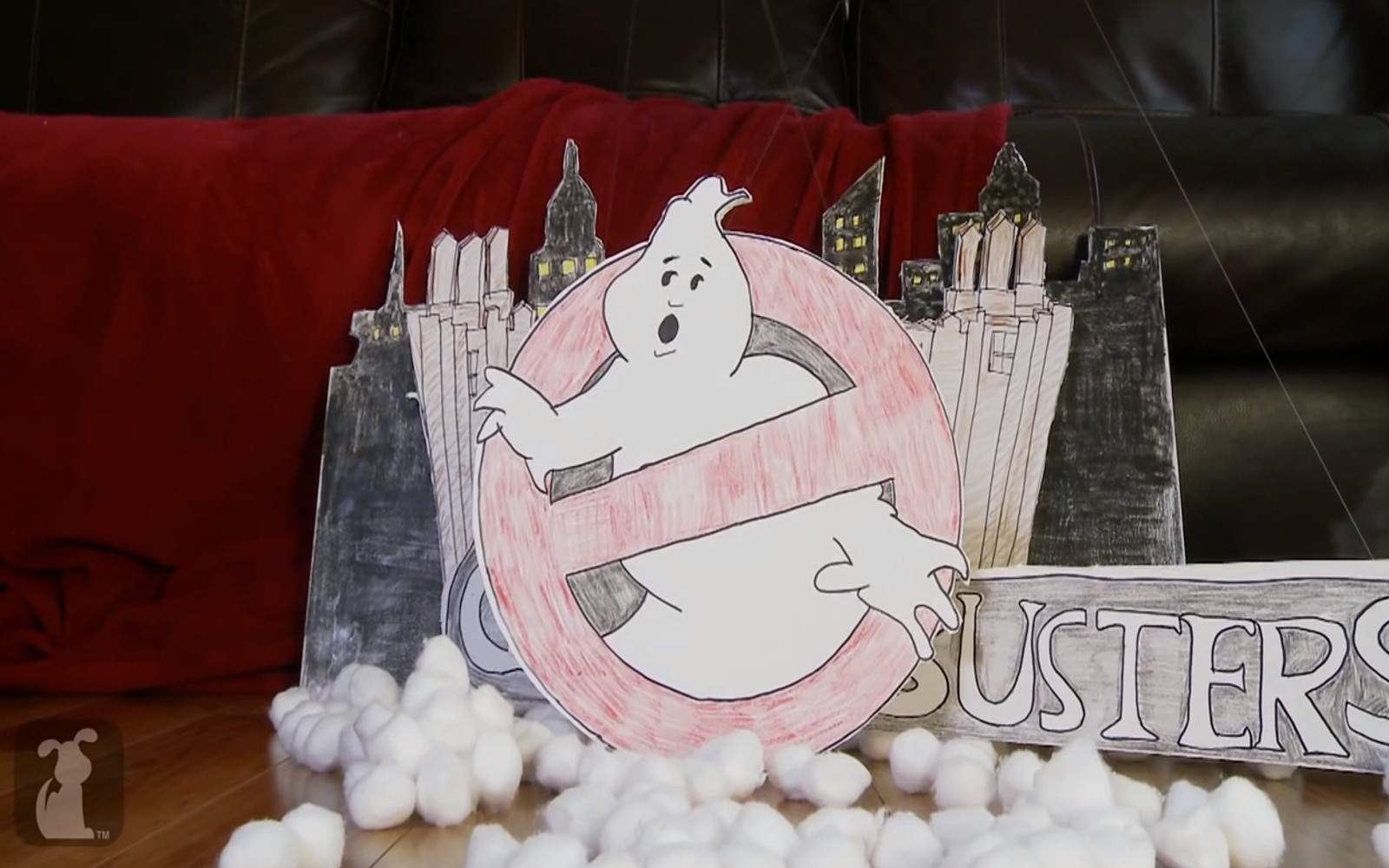 There’s something strange in the litter box – who you going to call? Cat Ghostbusters!

This hilarious rendition by cats of the famous 1980s comedy Ghostbuster is a must-see. They hit on all the major plot points, have cute little Ghostbuster outfits, and even a cameo by the Stay Puft Marshmallow Man!

The video was created as a tribute to actor, comedian, and director Harold Ramis, who played Ghostbuster Egon. Ramis, who also directed famous comedy Groundhog Day, passed away on February 24.