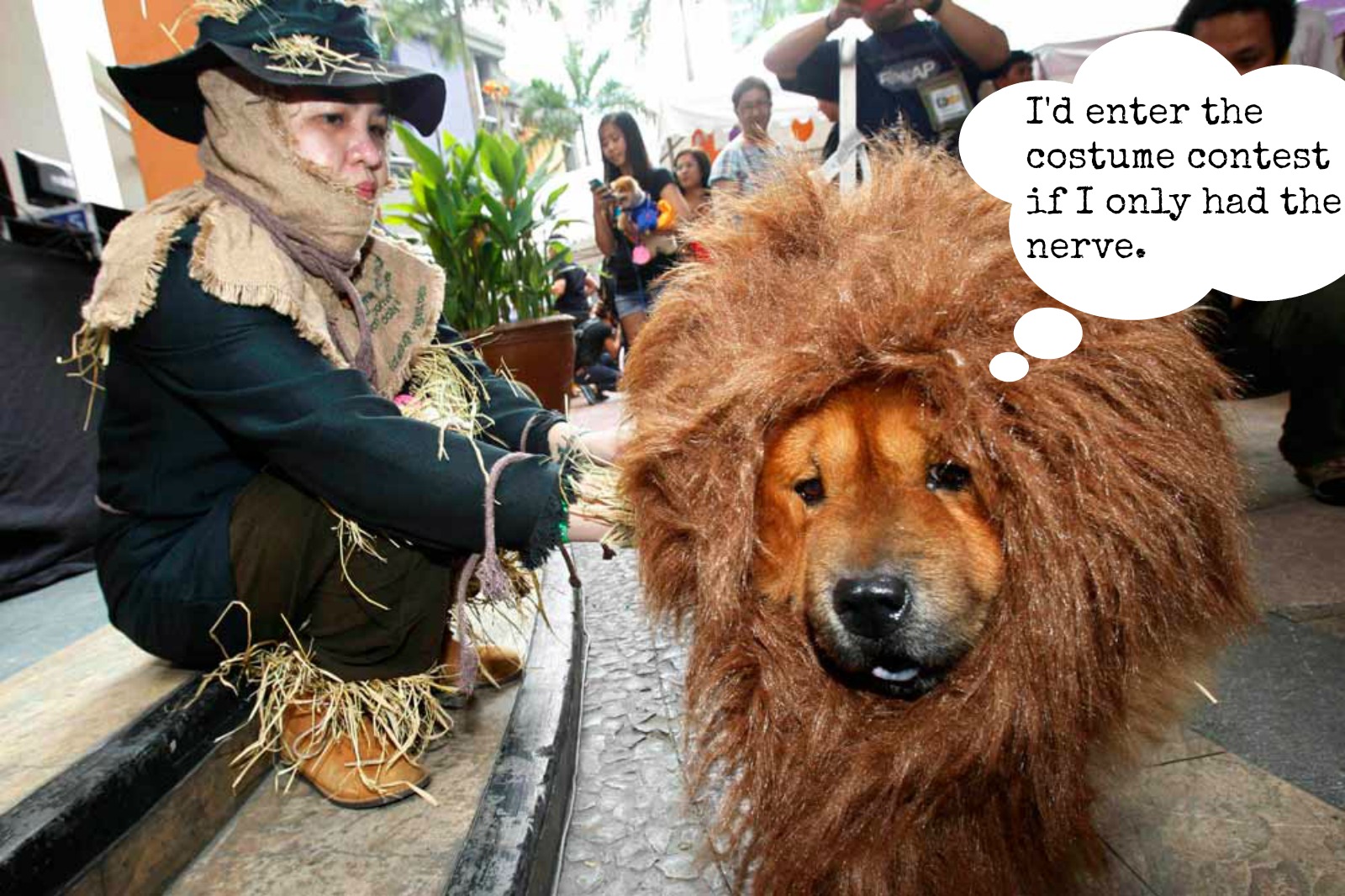 We’ve seen those pictures plastered all over the internet of adorable couples going to Halloween parties in coordinating costumes. They look so cute and happy that we just have to say “aww”… except if we don’t have a date ourselves, in which case, we detest those people and their unapologetic romantic success.

Obviously we’re kidding, but in all seriousness, what’s a person to do when they have an invite to a rocking Halloween bash and nobody to be the Walter White to your Jesse Pinkman? If you’re the lucky guardian of an awesome dog then your worries are over, it seems pretty clear that you have the perfect Heisen-bark on your hands.

Not a big enough fan of Breaking Bad to don their gear for dress up day? No worries, we’ve got you covered with costume ideas for you and your pooch that range from fun, to cute to downright hilarious. Rest assured that you’ll have the cutest date at the costume party!

That is, of course, as long as you’re exercising common sense when it comes to your dog’s comfort. Costumes shouldn’t be restrictive, heavy or otherwise uncomfortable. It’s also never okay to put toxic or irritating makeup on their buddy, their skin is sensitive and we don’t want to hurt them! Take it easy on your dog, but there no harm in a little fun. You should know best if your dog likes it or not, and if he/she seems stressed or uncomfortable, it’s just not worth it for a cute photo op. If it isn’t fun for your furry friend, it isn’t fun period.

Also, this is an instance when you’ll want to keep the sugary treats for yourself! Make sure not to give your pooch any chocolate, keeping their treats to more dog appropriate fare. With these tips, and Fifi’s best interests in mind, and you’ll have the happiest Howl-oween in history!

You can channel your inner Wicked. 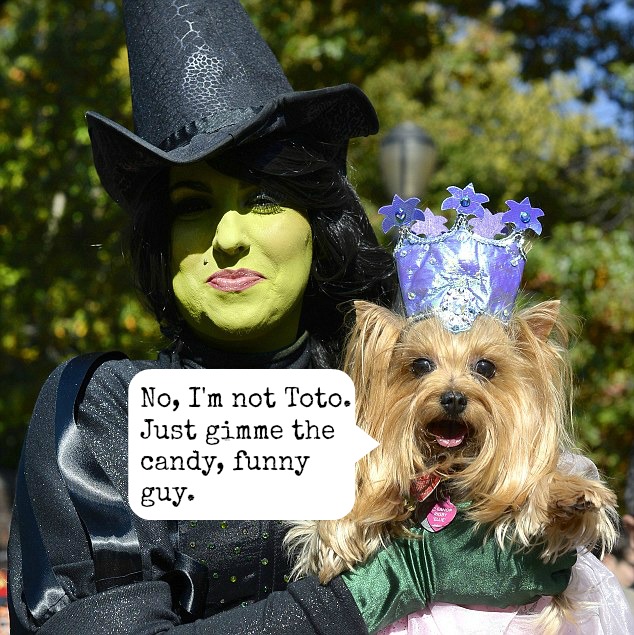 C’mon, we all know our dog rules us anyway. Might as well embrace it. 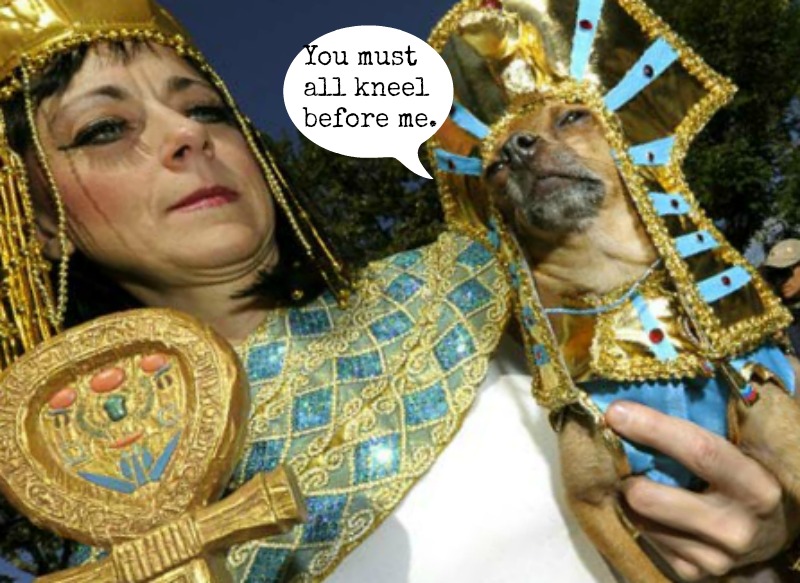 These two have the golden ticket to an amazing All Hallows Eve. 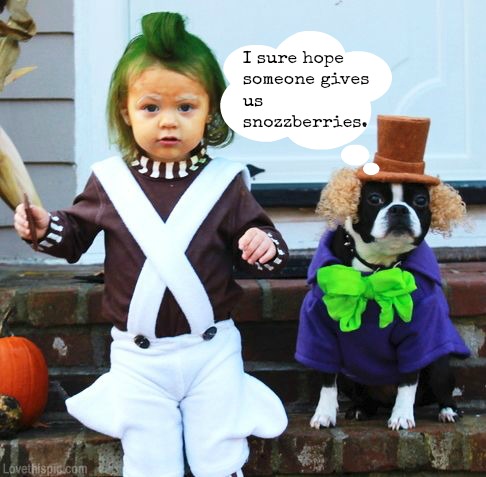 Throw this group a frickin’ bone…and some candy too. 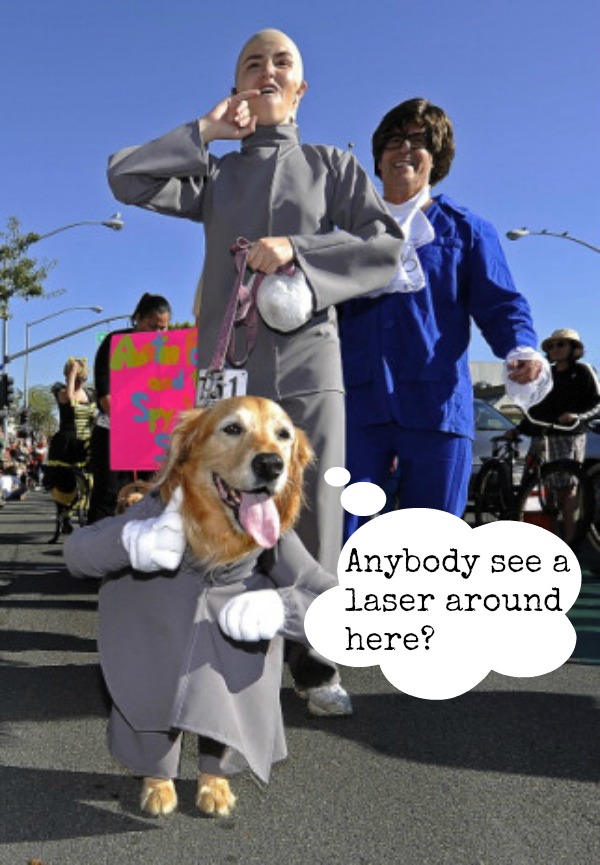 What do we say to get the cuteness to stop, again? Was it, parsnip…parsley…? 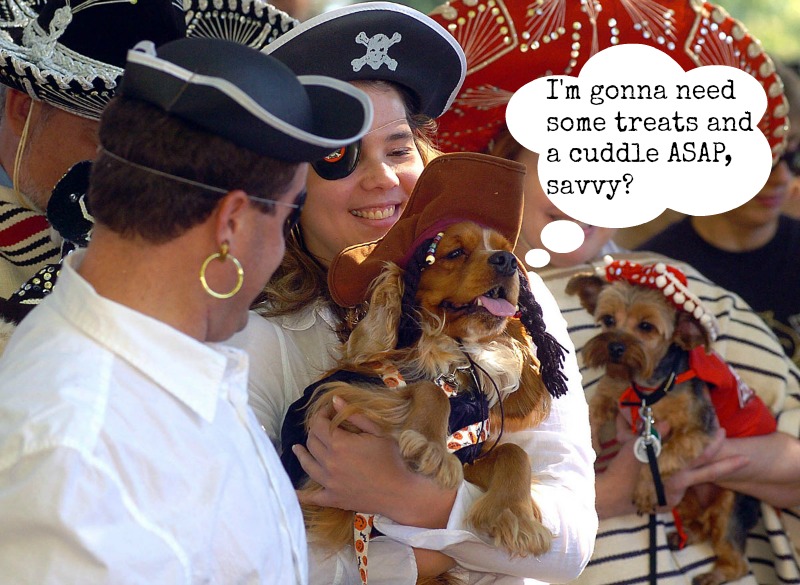 Just be sure to proceed with caution if anyone gives you Bertie Botts Every Flavor Beans in your bag. Two Words-vomit flavored. Seriously, that’s a thing. 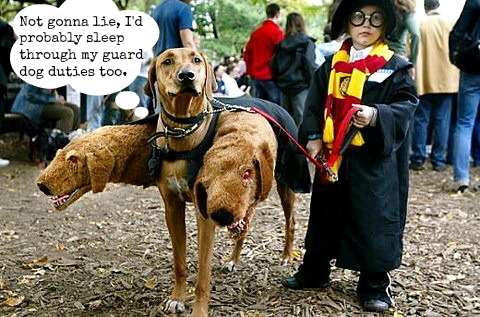 I feel the need…the need for treats. 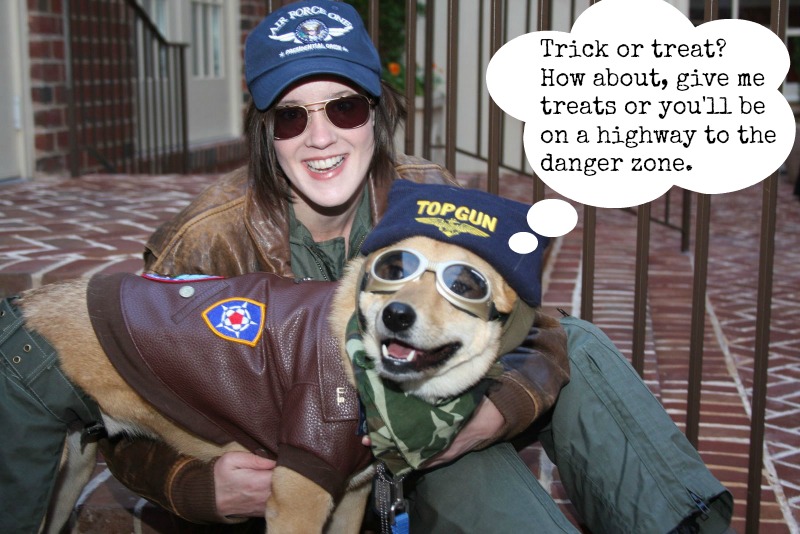 Contrary to American Horror Story: Freak Show, clowns don’t have to be creepy (but, let’s face it, most of them just so are). 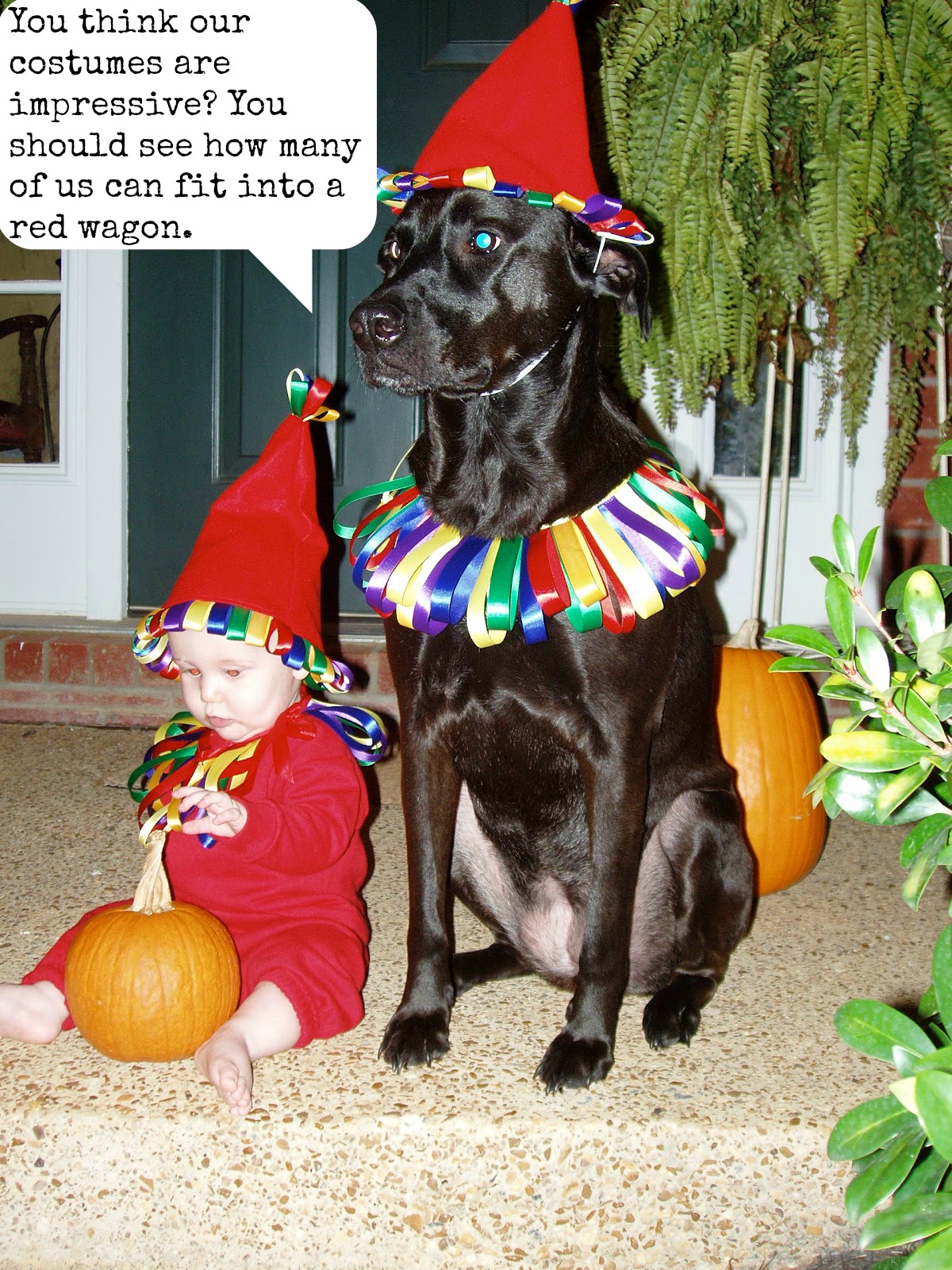 We used to think Venom was an awesome costume…until we saw Spider-Pug. 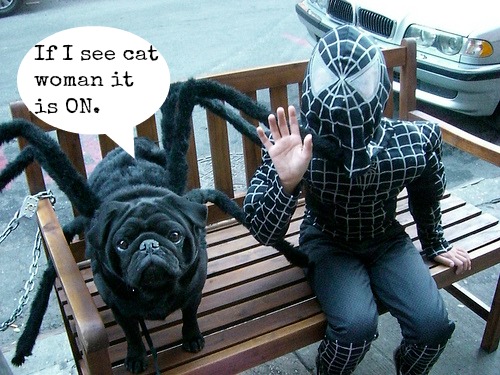