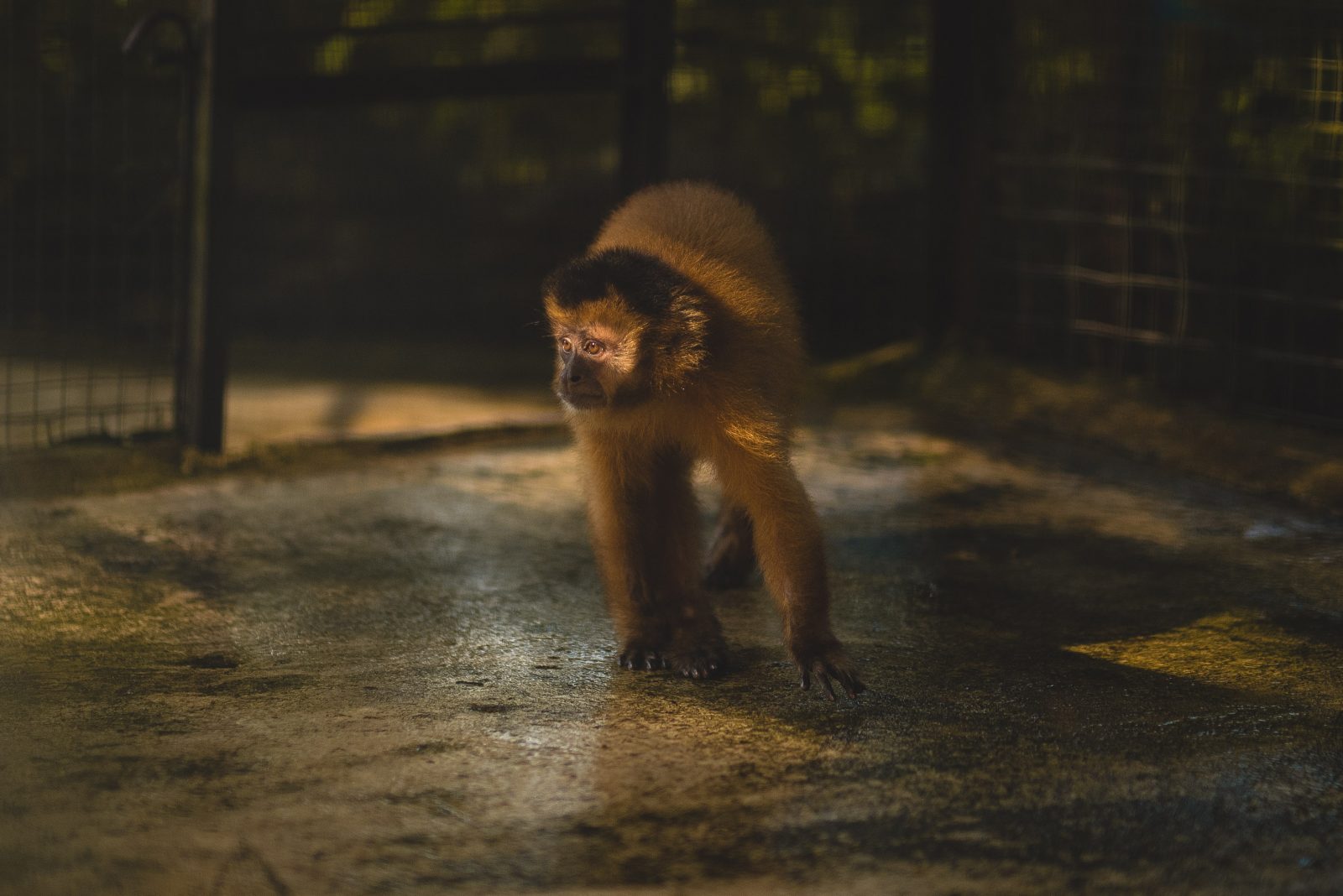 Chuki is a capuchin monkey (Sapajus apella) who lives at Parque Machia – one of three rescue centers for wildlife run by Comunidad Inti Wara Yassi (CIWY) in the Bolivian Amazon. Chuki arrived at the center seven years ago; he was found in a box outside the gates. No-one knows his full history but the first thing that the staff noticed at Parque Machia was that the little monkey had trouble eating. X-rays confirmed that Chuki had a deformed jaw because of a piece of metal lodged in his bone which they found was impossible to remove. It is likely that the metal is shrapnel from the bullet that killed his mother and troop-mates when he was captured and sold into the illegal pet trade. 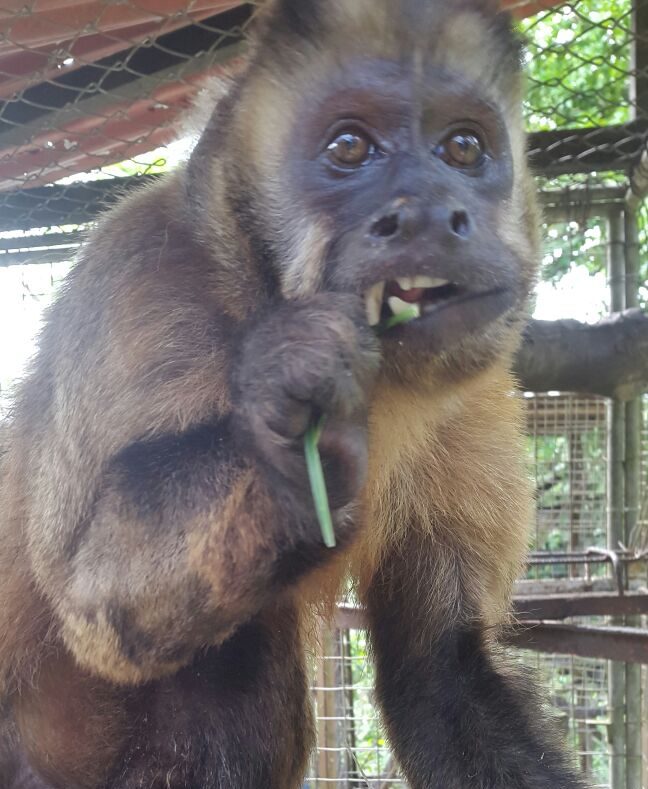 Since his arrival at Parque Machia, Chuki’s health has improved dramatically and he is a friendly capuchin who loves to chatter away to his fellow residents housed in neighboring enclosures. Unfortunately, it was soon discovered that Chuki can become very aggressive around food; likely because he eats very slowly due to his injury and is fearful that other monkeys might take his food from him. This has meant that Chuki must spend much of his time on his own as there is currently no system in place which would allow him to be separated quickly and safely from others if he feels stressed or upset. But, this Christmas, park staff have a plan to change that for good.

Nena Baltazar, President of Inti Wara Yassi, explains “Rehabilitation for wild animals who have been ill-treated and denied a normal upbringing is complex and, for the animals involved, can be both frightening and dangerous. These monkeys need the opportunity to take small steps towards learning how to socialize safely and without stress.” 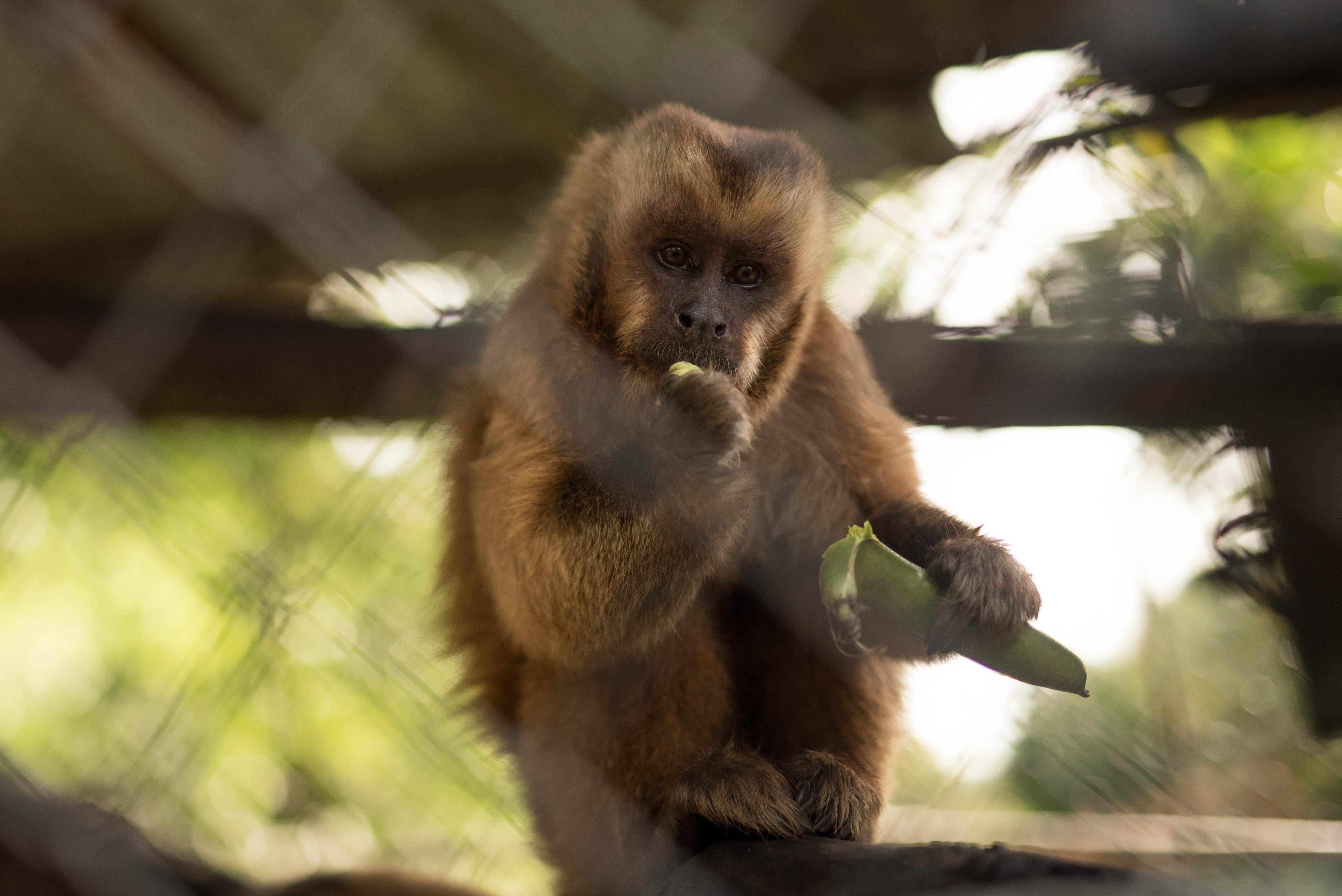 She continues, “To achieve this, we are planning to introduce a new system of interconnecting enclosures which can allow for monkeys to be moved around easily. This will give monkeys like Chuki the chance to be separated, to have the private time he needs to eat but also the possibility to join his friends for the rest of his day. If we are successful in raising the necessary funds to turn this vision into a reality, this new enclosure system will literally change the lives of the animals involved.” 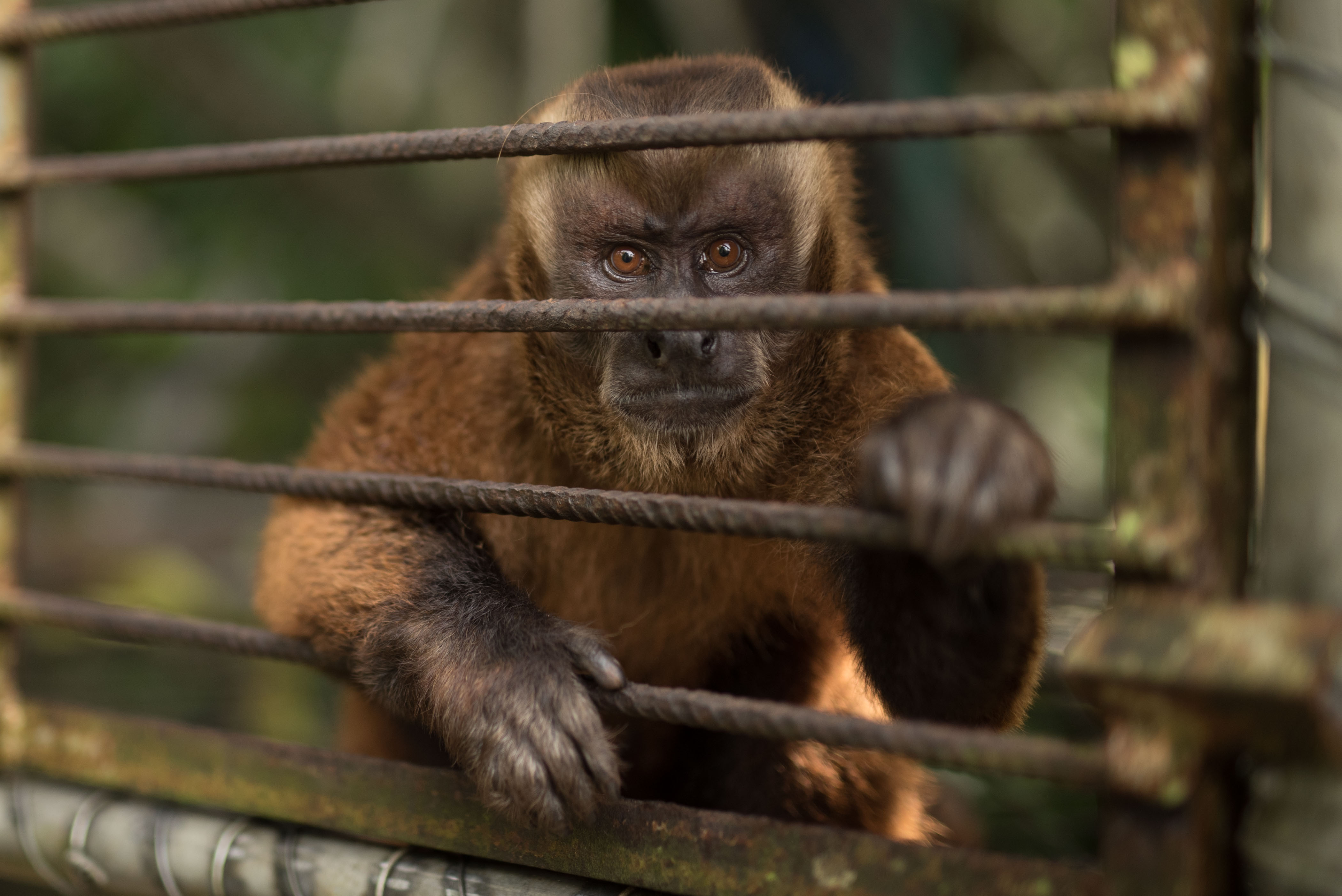 A Safe Space for Recovery

Like all primates, Capuchins are profoundly social animals and, in their natural habitat, would live in multigenerational troops of dozens of individuals. They have long periods of maternal dependence, during which time young monkeys would learn how to socialize, look after themselves and play a role in their community. Those monkeys like Chuki, who have been denied this experience, find it very difficult to learn these skills in later life which is why the proposed enclosure system is so necessary.

Up to forty other capuchins who currently reside at Parque Machia will benefit from the new system, which has been employed with success for several years in other sanctuaries around the world. In addition, the ability to safely introduce nervous monkeys to individuals and groups will allow staff to support new arrivals in their journeys to move on from their difficult pasts.

If any Green Monsters would like to support the work of Inti Wara Yassi, you can donate to the fundraising campaign to help Chuki make friends here. You can also follow CIWY on social media here.