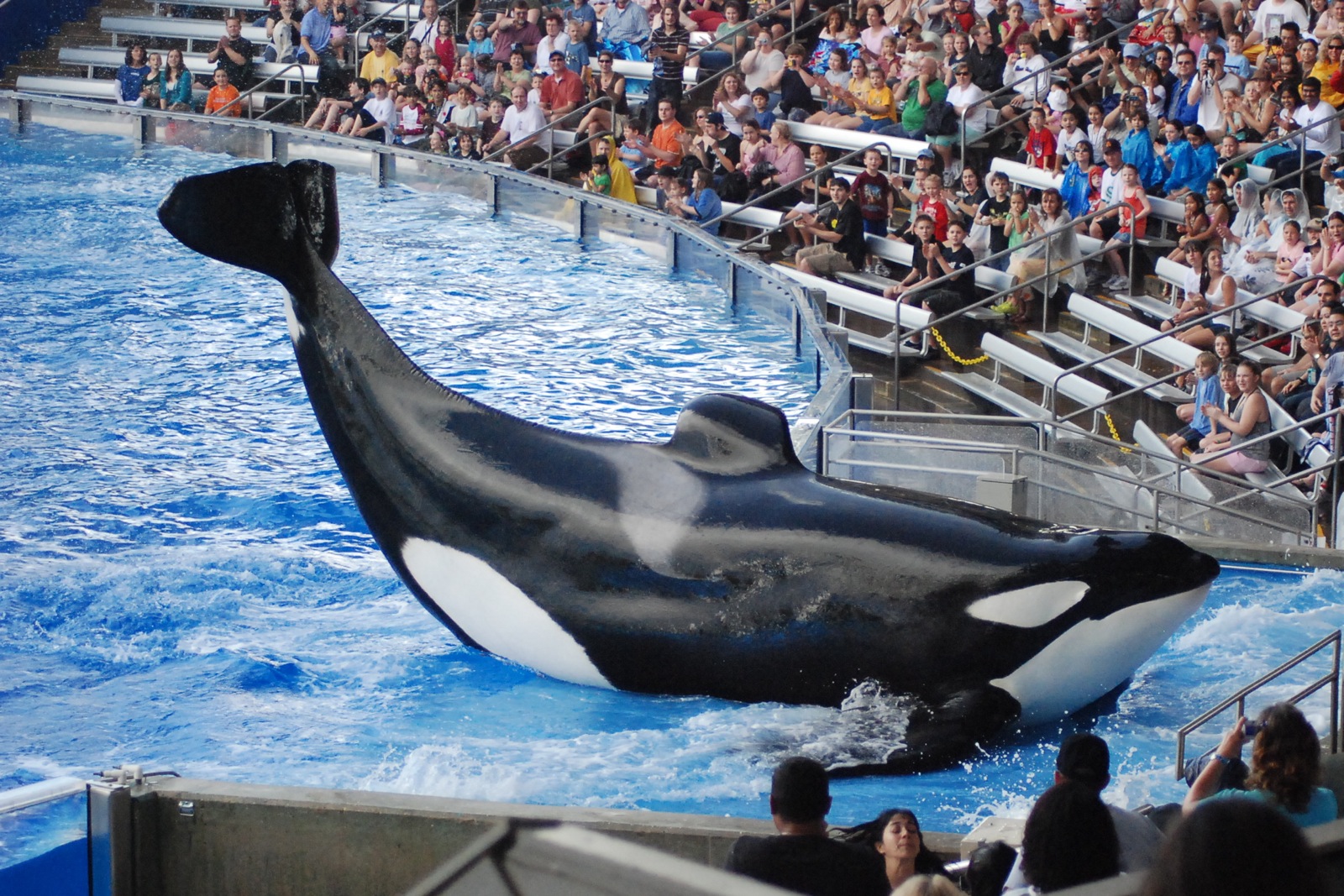 Ever since the release of Blackfish, protests and outrage against SeaWorld have gained incredible momentum. And it’s not just protests in the U.S., these protests are happening around the world. Where Blackfish brought public attention to the plight of orca whales at SeaWorld, other films like The Cove made the world familiar with the atrocities committed against dolphins for the entertainment industry. Launching awareness for cetacean captivity into the general consciousness, these two films set out to completely transform our social perceptions of the captivity industry – and all signs indicate that this is working. Especially when you look at how these films have inspired the next generation of animal activists, kids.

While there are countless examples of protests inspired by these movies, perhaps the most inspirational and effective activists are the kids making waves (pun intended) after seeing these atrocities on film. Children of all ages are knocking down the barriers that define activism and what forms it can take. In some cases the overcoming these barriers is literal, specifically in the now famous case of Rose McCoy, the girl who literally jumped over barricade at the Macy’s Thanksgiving Day Parade to protest the SeaWorld float.

But McCoy is hardly alone. There are many amazing, activist minded kids and teens who are stepping up in defense of the world’s captive cetaceans. Just check out these five other awesome examples:

1. These Kids Demand That Their Parents NOT Take Them to SeaWorld

Most parents take their kids to SeaWorld because it is a “fun” and potentially “educational” trip for the whole family. Excited by the prospect of getting to ride roller coasters and see real, live dolphins perform tricks, kids who do not know any better jump at the opportunity to visit this marine park.

The infamous movie The Cove inspired the nonprofit Dolphin Project to create a PSA in 2012 featuring kids who are anti-captivity activists. It’s impossible to watch this video and not feel inspired … unless your heart is made of stone.

When most kids are planning a sixth birthday party, they envision cake and presents, but not Cash. At the age of five he saw Blackfish, and for his sixth birthday on December 22, 2013, he requested that people not go to SeaWorld – in his honor.

He even made a video and inspired protests at three Sea World locations, including a large protest in Orlando where Blackfish was shown. Sounds like an amazing birthday party for a cause worth celebrating!

3. Eight-Year-Old Turns Vacation Into a Protest

While on vacation in Hiroshima in 2014, an eight-year-old named Hannah watched The Cove with her family. Understandably, the entire family was horrified to see what was happening to dolphins so close to where they were relaxing on vacation. After being deeply impacted by the film, they traveled to Taiji, where the documentary filmed to experience if for themselves. Once they arrived at their destination, the family saw live dolphins being forced to perform tricks in a pen and felt called to take action.

Hannah found some dolphin stickers, and they figured out how to write “Watch the move The Cove” in Japanese characters on them. They then set out to stick them wherever they might have an impact, including bathrooms, near the Taiji Whale Museum, vending machines near a slaughterhouse, a whale mural and the propeller of a docked research boat.  Hardly the relaxing vacation they planned, but certainly more productive than laying on the beach.

Who knew innocent dolphin stickers could have such an impact? Hannah proves that stickers are for much more than decorating binders. 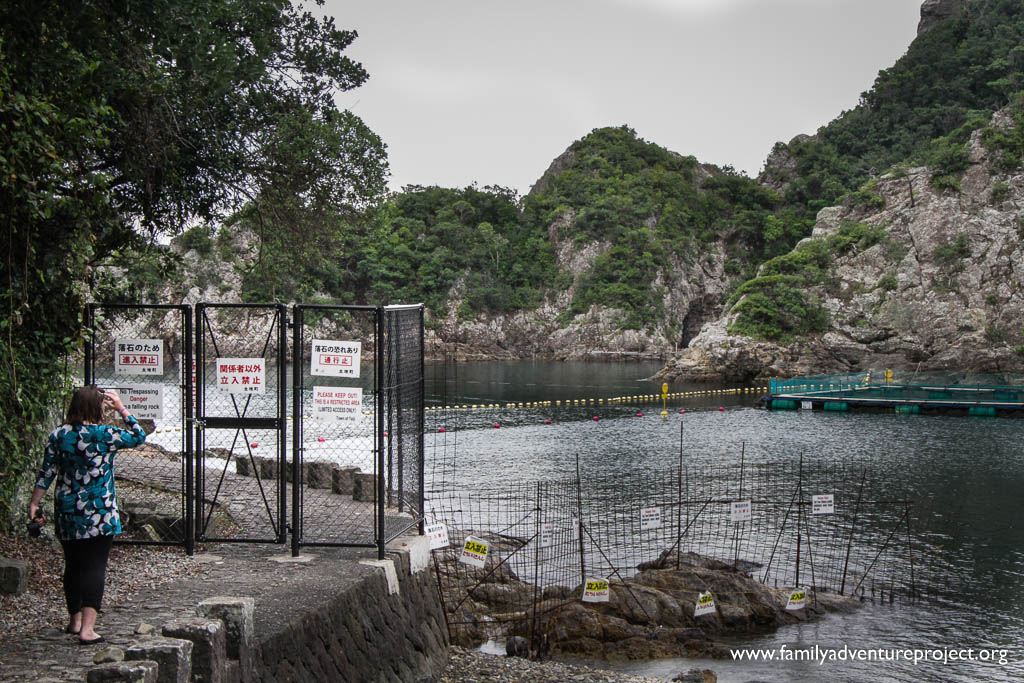 4. Canceled Field Trip Cause for Celebration

Phoebe Goldstein’s school in Lafayette, Colorado normally visits SeaWorld every year, but she managed to change that in 2014. Knowing the truth about how SeaWorld treats their animals, the eighth grader wanted to take action, so she reached out to the adults organizing the trip and convinced them that almost any other activity would be a better option for the field trip – proving that adults don’t always know best. Given Phoebe’s determination and incredibly compelling argument for canceling the trip, the school welcomed her suggestion and canceled the visit to SeaWorld. 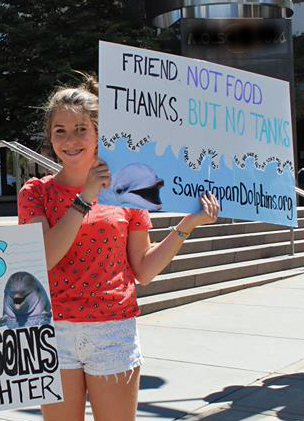 5. Prom Gets Even More Awkward

If you thought your prom was awkward, imagine slow dancing next to a captive orca. Mount Carmel High in San Diego planned to hold their prom at SeaWorld in 2014, which seventeen-year-old Zach Affolter found unacceptable. Zach did not even attend the high school, though some of his friends did, but this didn’t stop him from launching a petition to have the school’s prom moved from this cruel venue. His petition to move the prom received over 2,000 signatures and the prom was successfully moved to another location.

But that’s not where the petitions influence ended, it’s still open in order to encourage the school districts to remove all school functions from SeaWorld in the future. Zach’s ultimate goal is to get SeaWorld to stop it orca breeding program and release its wales into sea pens. Hey, with his gumption and determination, we bet he could do it too!

Check out Zach in action speaking out against holding Lolita, the orca captive.