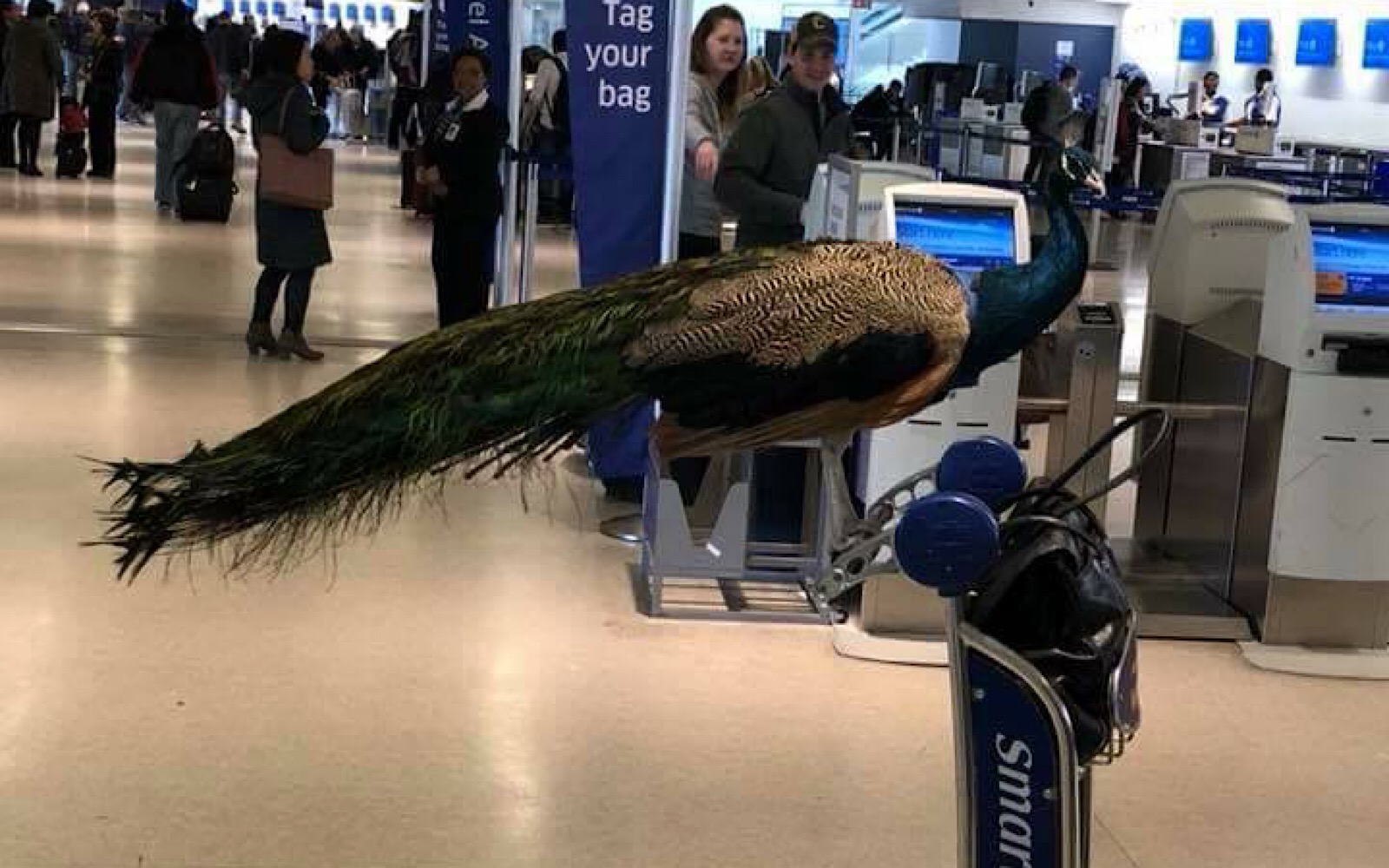 A woman recently caused quite a stir when she attempted to bring her emotional support peacock, Dexter, onto a flight departing from New Jersey. According to reports, the airline had previously told her that the animal would not be allowed to board the flight because of restrictions, including weight, size, and health risks. She still attempted to board, however, even offering to purchase a separate ticket for the peacock. The incident drew attention to an ongoing issue surrounding which types of support animals can, and cannot, be allowed on flights.

Another recent and quite disturbing story involves a passenger who attempted to board a flight with her emotional support hamster, Pebbles. The airline wouldn’t allow him on the flight and she alleged that an employee told her to either flush the hamster or release it outside. Unable to find an alternative route of travel for her and her pet, she went into an airport restroom and flushed her hamster down the toilet. The airline denies telling her to kill or release the animal but did say that in a previous conversation, a staff member had mistakenly told her that the hamster would be allowed on the flight.

This past summer, a man was bitten by another passenger’s emotional support dog after it allegedly growled at him multiple times. The man sustained severe injuries to his face and was transported to a hospital for treatment. The dog belonged to a military veteran who, according to one report, was devastated by what happened. The veteran was eventually able to board another flight with his dog, who was required to ride in a travel kennel for safety.

These incidents have sparked the question of where the line should be drawn when it comes to emotional support animals being allowed to ride with passengers. And concerns over the health and safety of passengers, as well as other animals, have resulted in some airlines revising their policies to create more strict guidelines. 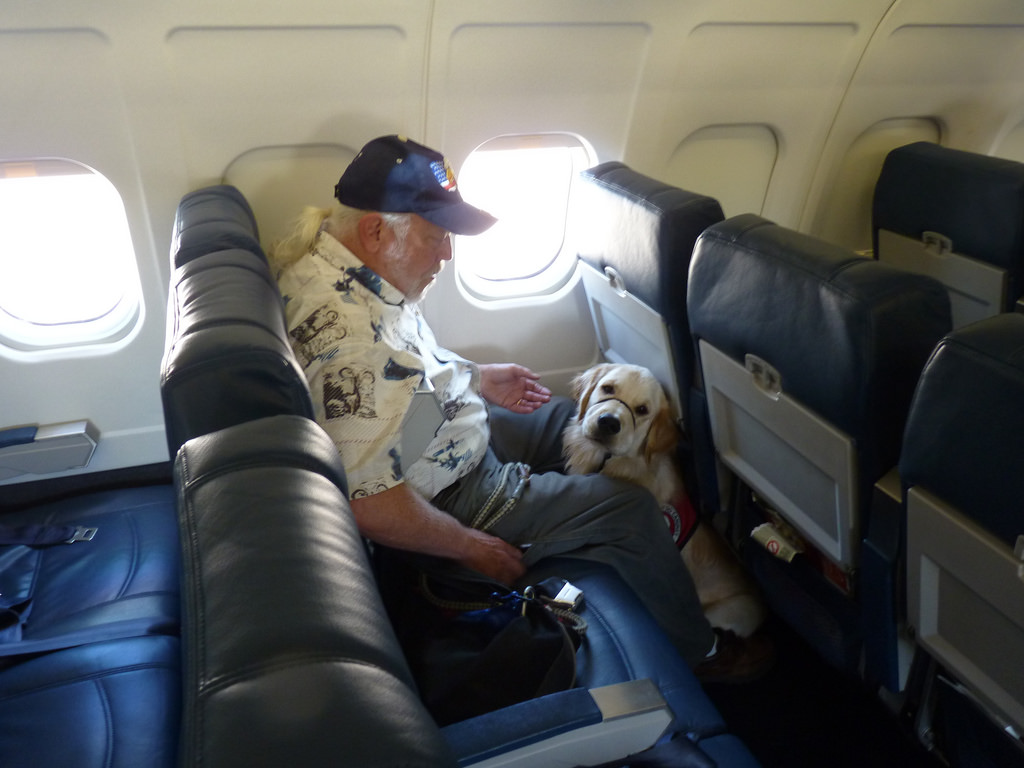 Delta Airlines revamped its travel policy for service and support animals effective March 1st, stating that “a result of a lack of regulation that has led to serious safety risks involving untrained animals in flight.” The airline accommodates an estimated 250,000 service and support animals on its airline every year — around 700 per day. In their policy change announcement, they state that incidents involving the animals urinating and defecating on flights, or even biting or acting aggressively towards other passengers, have increased by a staggering 84 percent since 2016.

The new policy will require passengers to provide a Veterinary Health Form and/or proof of vaccinations 48 hours prior to the flight. They will also need a statement from a professional stating that the animal “can behave” in the airline cabin, hopefully reducing the risk of attacks or aggressive behavior. The airline’s policy also states that they do not “accept exotic or unusual service or support animals” on flights.

United Airlines has also updated its policy for traveling with emotional support animals effective March 1st. The number of animals flying in cabins has nearly doubled over the past year, increasing from 43,000 to 67,000. Like Delta, they already required passengers with emotional support animals to provide a letter from a licensed physical or mental health professional. But under the new policy, they will also require “a veterinary health form documenting the health and vaccination records for the animal as well as confirming that the animal has been trained to behave properly in a public setting.” All of the documentation, which is used to determine whether an animal will be allowed to board, must be submitted 48 hours prior to the flight. 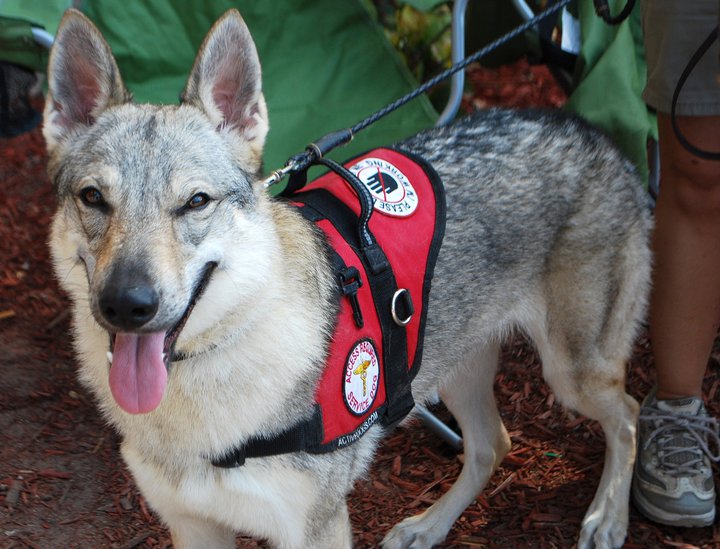 Both service animals and emotional support animals are allowed on airlines, but there is a distinct difference between the two. The U.S. Department of Transportation has guidelines for airlines and passengers to help determine whether an animal fits under either category, but they are also defined under the Americans with Disabilities Act (ADA).

According to the ADA, service animals are defined as “a dog that has been individually trained to do work or perform tasks for an individual with a disability. The task(s) performed by the dog must be directly related to the person’s disability.” They’re trained to help people with hearing and sight issues or physical disabilities or to assist people with diabetes or seizure disorders. These animals also go through training, either through an organization or with their guardian, to teach them how to remain calm in public settings.

Emotional support, therapy, and comfort animals, on the other hand, “have not been trained to perform a specific job or task, [so] they do not qualify as service animals under the ADA.” This means that emotional support, therapy, and comfort animals aren’t always allowed in the same places (such as stores and restaurants) that service animals are, depending on state or local laws. These animals help provide comfort to people suffering from post-traumatic stress disorder (PTSD), anxiety disorders, or are used to provide comfort to people in schools, hospitals, hospice centers, and assisted living facilities.

It’s proven that emotional support and therapy animals help change lives by providing comfort, but some feel that people are taking advantage of their use for convenience or personal gain.  There are stories of people purchasing fake service animal vests so they can bring their pets into public places where animals typically aren’t allowed. And some falsely claim pets as emotional support animals so their pet can fly for free. Airlines hope that these policy changes will help eliminate these issues, as well as decrease the number of incidents involving aggressive or “inappropriate” animals on flights.