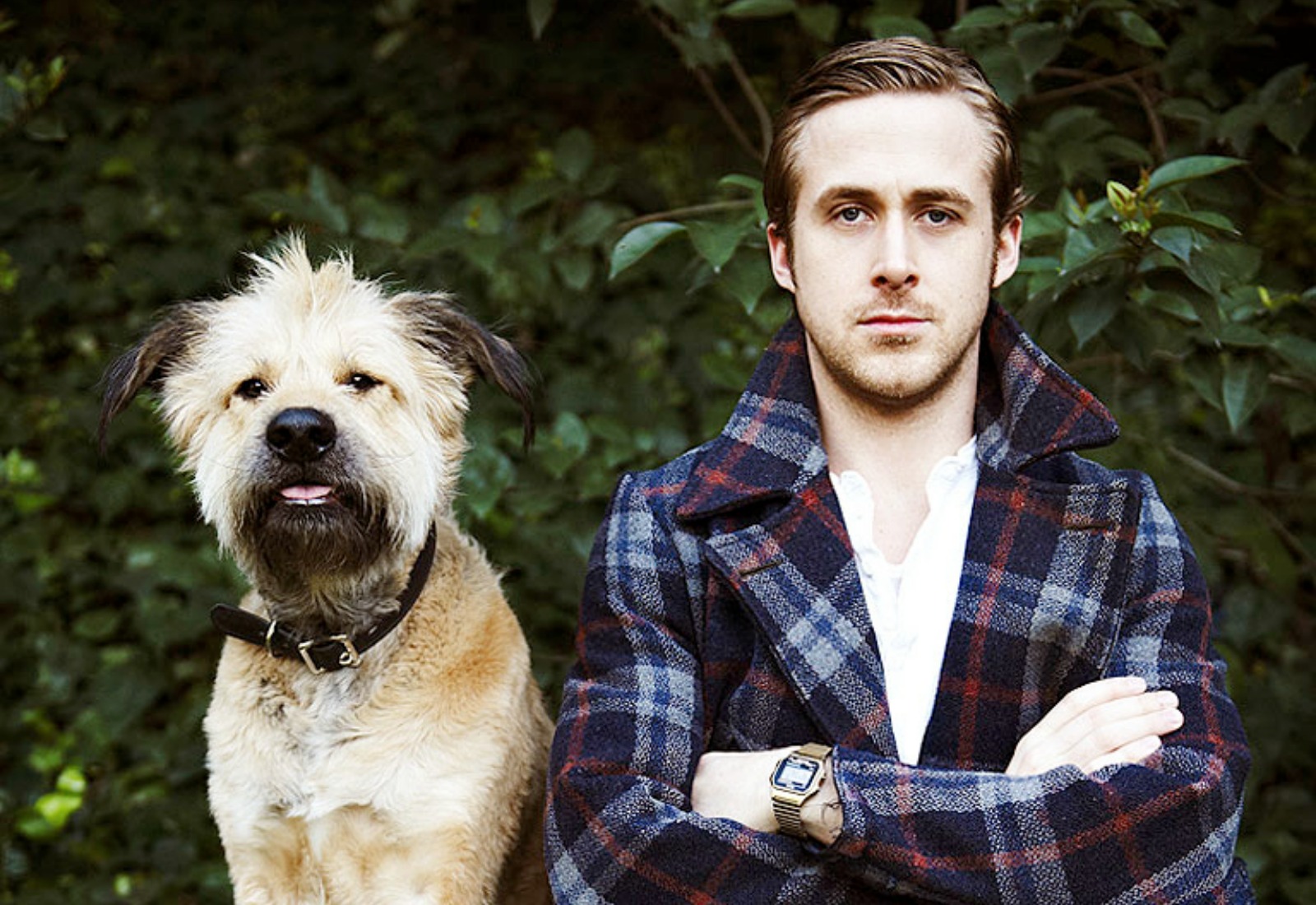 Dads are seriously great. Think about it, they have all the corniest jokes, they seem like Superman when you’re a little kid (or when you’re considerably older and living on your own for the first time, faced with your pilot light going out) and they know their way around a barbecue (remember that grilled corn he made last fourth of July? Mmmmm….).

Dads are just a special blend of loving, strong and playful who hold a special place in our hearts, thus the need for a whole day set aside each year to thank them. Whether they’re cheering us up or cheering us on, we owe a lot to the positive male role models in our lives! It’s the least we can do to ply them with neckties and hugs on Father’s Day while thinking about all of the ways they’ve made our lives better.

We’re pretty sure, if they could talk, the lucky fur babies who get to call these celebrities dad would feel the same way. Being a pet parent is a serious job and these guys have more than risen to the occasion, showing the world just how much they love their little sweethearts. So, what does a grateful pup or contented kitten get the man who has it all for Father’s Day? Lots of snuggles, of course!

Known for his dramatic turns in movies like Drive and The Notebook, this heartthrob is also a proud papa to rescue dog, George. He’s referred to his pooch, who is such a mix of things that Gosling has said he’s “some kind of muppet,” and “the great love of my life.” He and George are so inseperable that Gosling has even taken him on Jimmy Fallon with him!

This guy is a pretty notorious animal lover with rescues that come in all shapes and sizes. Along with a horse named Eagle and his beloved dog Nietzsche, the Lost and Vampire Diaries star also heads up the Ian Somerhalder Foundation with his kitty Moke. He digs his kitty so much that he even brought him along to his People’s Sexiest Man Alive photo shoot. Why? “He’s my Valium. The cat is Valium. He sedates me.”

You know who else brought their cat to People’s Sexiest Man Alive photo shoot? The Walking Dead’s resident badass himself! Reedus took a chance on a seemingly aggressive street cat when he adopted Eye-in-The-Dark, but he proved to be the perfect Dad for his fearful feline. “The first time I saw it, it was just hissing and scratching everything it saw and now it’s like this big, fat, chill cat.”

A trip to a Houston shelter in search of a therapy dog for his friend proved fateful when the Deadpool star laid his eyes on Baxter. “I just fell in love with him,” he told People Pets. “I didn’t mean to, I just picked him up along the way.” 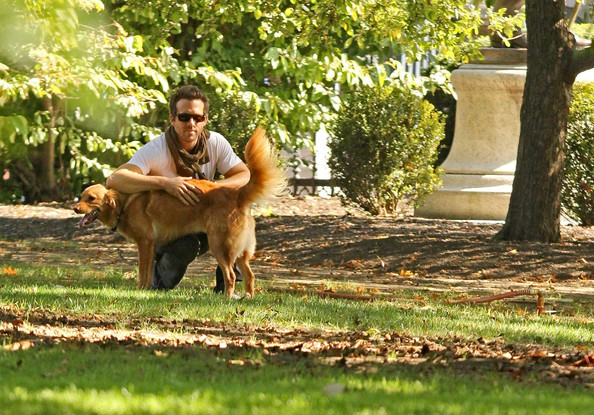 When Sheeran rescued his kitten Graham from the euthanasia list, he was so excited that he started a Twitter account for him. It’s currently sitting at over 85,000 followers, which proves that we all adore Sheeran’s fur baby too.

In other studly guys from The Vampire Diaries news, Wesley is a pretty big animal lover himself. Aside from speaking out against gestation crates and receiving the Humane Society Generation Award, he also rescued his feline fur baby, Cat, from under a car in freezing winter conditions.

This Oscar-nominated actor rescued both Samson and Charlotte from shelters and loves his charges unconditionally. Telling People Pets, “I lucked out, I got two great rescues…I’m sort of a hybrid of both my dogs. Samson is stoic and makes me earn it and Charlotte loves me undyingly. They’re my kids.” 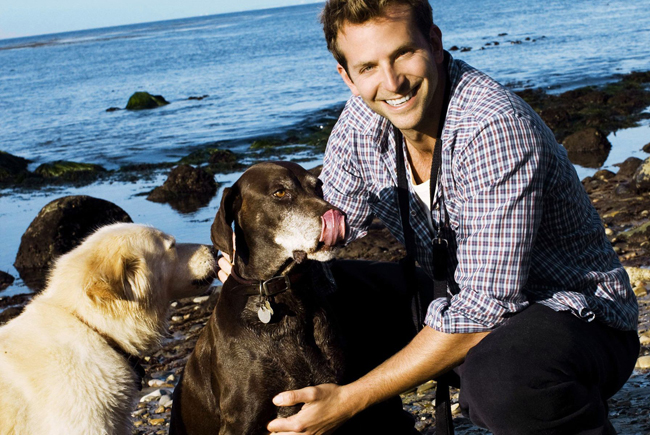 All dads are celebs in the eyes of their fur-babies! Share your pet dad pictures for Father’s Day with #PetDad @OneGreenPlanet and we’ll share with our readers!