Cat Sanctuary That Takes in Animals No One Else Will Needs Your Help! 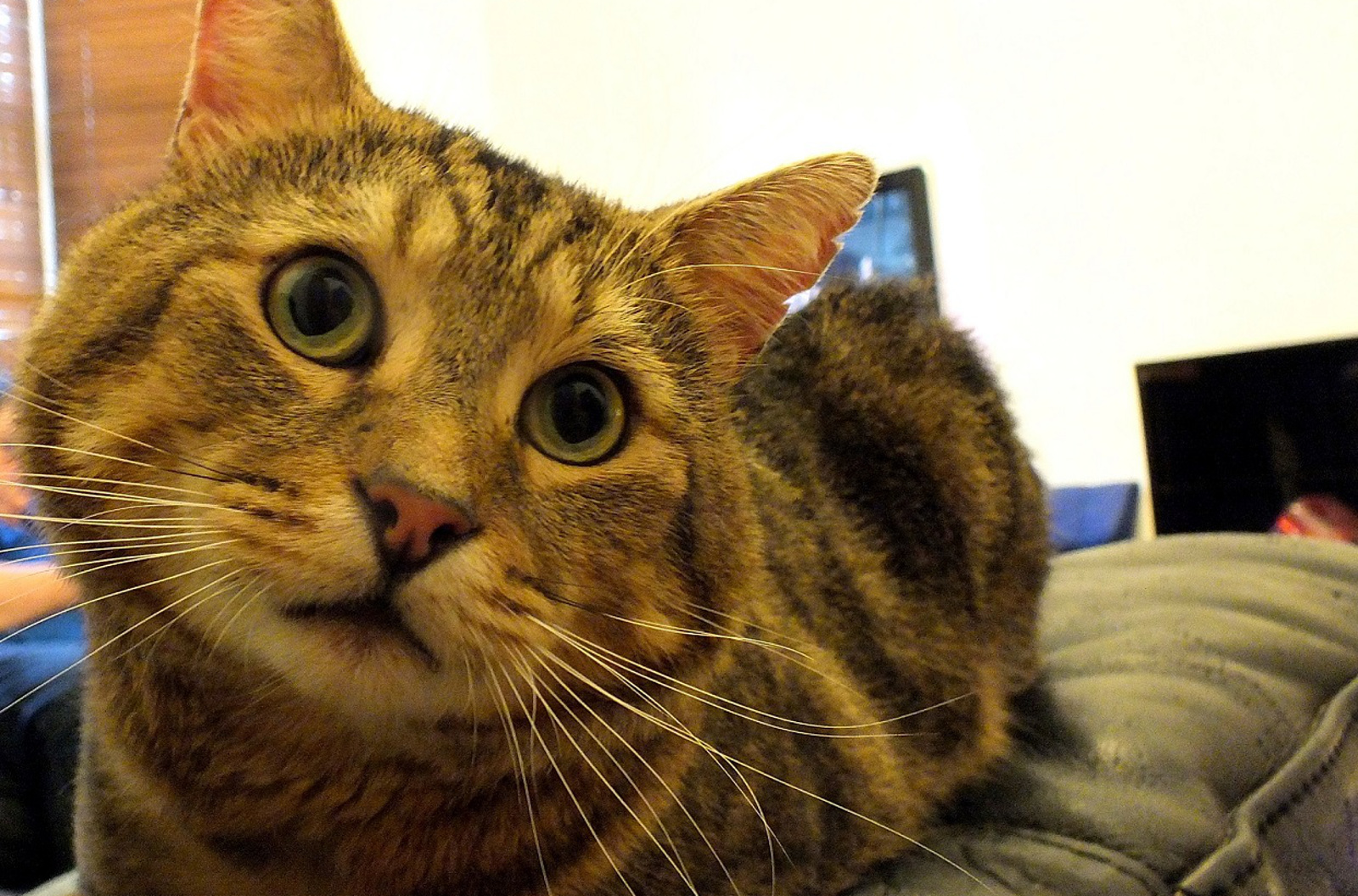 The CatCuddles Sanctuary in Greenwich, South East London receives multiple calls and emails about unwanted, abandoned and stray cats every day. And though getting help to each and every one of these cats requires more money, more space and more energy than any one charity can provide, at times there are cases where all practical limits are set aside in order to save a life.

March 14, 2015 was one such time, when the charity received word about a stray cat limping in the street.

The cat, reportedly a brown tabby, seemed to have his front paw caught in an oversized collar. Most rescues have seen collar-related injuries at one time, reinforcing the importance of breakaway safety collars for cats.

On arrival at the scene, however, the tabby boy was nowhere to be seen, and hours of searching by volunteers proved fruitless. 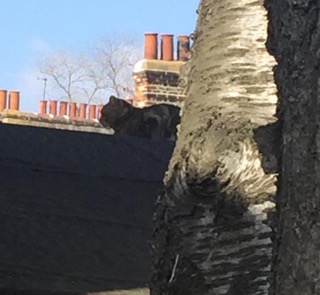 Discussion with some local residents revealed that the cat had been in this condition for up to three months, only increasing volunteers’ concern that the collar had become embedded in his skin – potentially leading to life-threatening infection.

With the only clues to the cats’ whereabouts being a grainy picture, volunteers were unable to locate him despite a full week of desperate searching. They knocked on doors, posted on social media, and put up posters.

They were also frustrated that so many people had seen the cat suffering, but had done nothing. One local resident, however, Faye Jacob, was different; she had been the one to initially alert the charity, and, living on the street where the cat was discovered, vowed to get in touch the moment she saw him.

Hope for the Injured Cat

Her call came late on a Sunday evening; the cat had sought shelter in the outside storage area of a local shop. Volunteers rushed to the scene and after climbing a fence, quickly captured him, whisking the cat to an emergency vet. The eye-watering smell of infection confirmed the volunteers’ worst fears.

At the vet, the grime-encrusted collar was finally cut loose, revealing a horrific wound.

The cat, christened Winston, was “coned” and taken to a CatCuddles foster carer. Oddly, he showed no signs of discomfort or even confusion at his sudden change of situation; ravenously hungry, he devoured three bowls of chicken and set about destroying a feather-toy. Perhaps he had learned to live with pain.

“I’m so pleased that after all the hunting I found him and CatCuddles were able to come to his rescue… he’s such a gorgeous boy,” said Jacob.

The road ahead involved a grueling rotation of veterinary visits, daily antibiotics, twice daily wound cleaning, infections and two big surgeries. Charity supporters donated to help pay for the treatment, which cost the small charity many hundreds of pounds, and his fosterers worked constantly to keep infection at bay.

Throughout all this, Winston wore a cone 24 hours a day, and yet he still exhibited no signs of discomfort or unhappiness. He was boisterous, noisy, permanently hungry and always friendly, even at the vet. His resilience was astounding.

Finally, after six months of this, Winston’s wound was finally closed, and his cone removed for the first time. Without it, his foster carers barely recognized him – though he was still the same chatty, loving cat.

Healed at last, Winston could finally be adopted into a forever home. And it did not take long; within two weeks Winston had found his family, and a new little brother called Toby; Winston is an amazing cat, who never stopped seeking the comfort and affection of people, never stopped playing and wrestling with his toys, and never, ever lost his appetite. 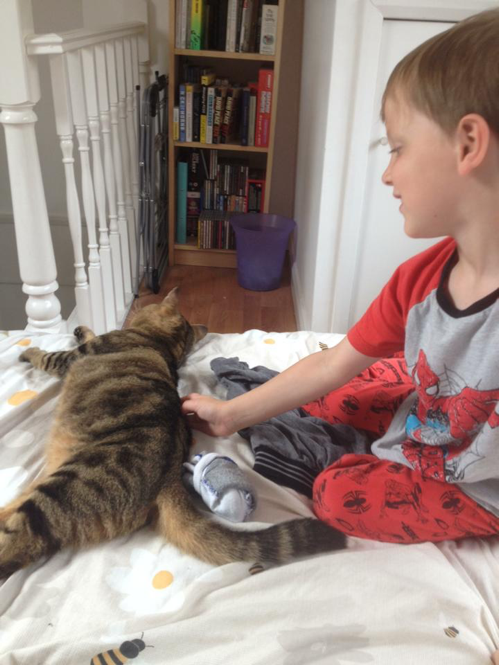 Sadly, the charity that rescued Winston is now threatened with closure at one if it’s main centers, in an area with a high stray cat population and too few rescues, meaning that in future, cats like Winston may go without help.

Please sign this petition to prevent this from happening.