Captured from the Wild, Willy Finds a New Home at Tchimpounga Sanctuary 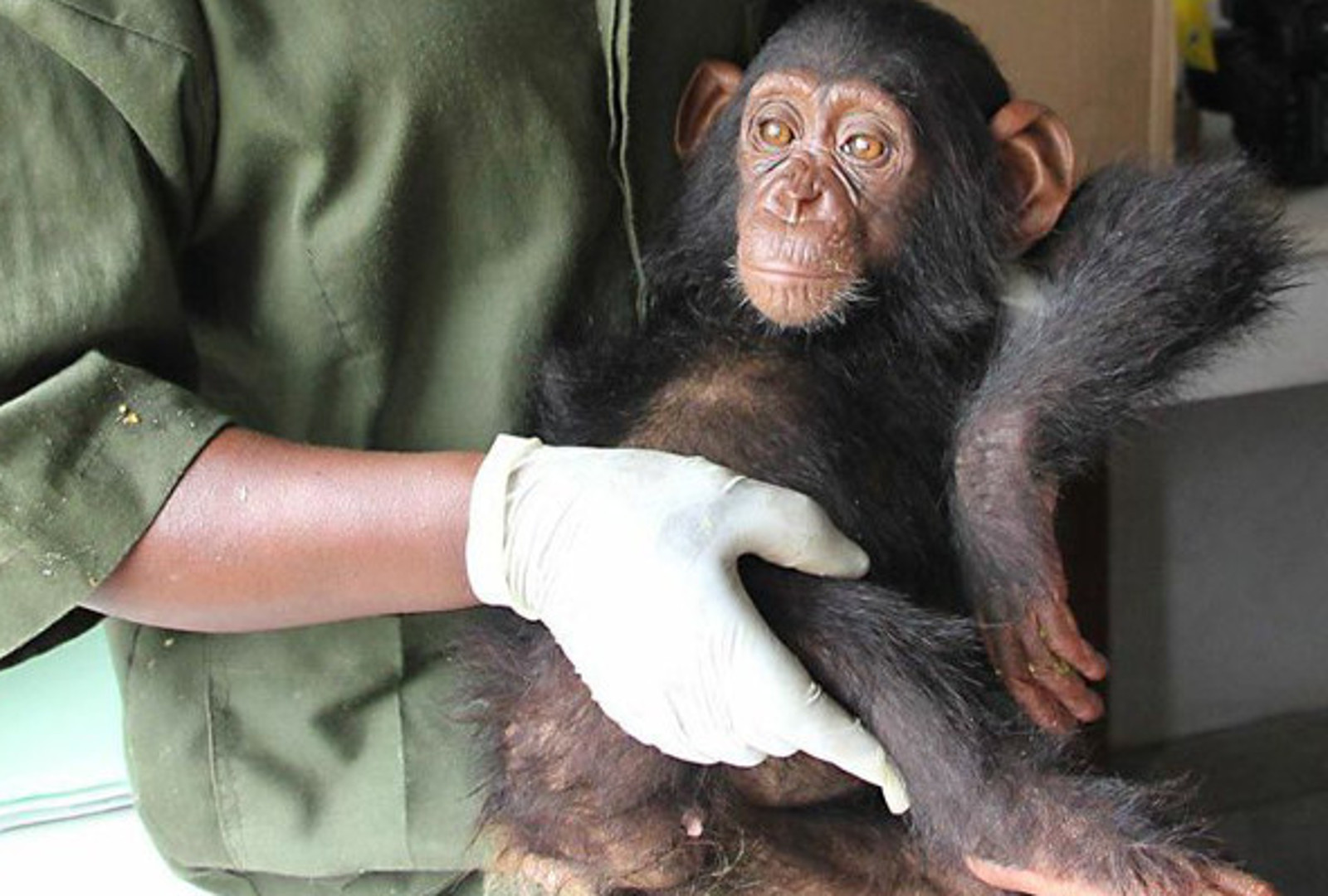 Genetically, chimpanzees are nearly identical to humans. With a two percent difference in our double helices, it seems a little ridiculous that we continue to deny chimpanzees (and many other animals) the basic rights allowed to human beings. While the “legal” definition of what qualifies something to have personhood is enough to give you a headache from thinking in circles, it’s a little bananas that many people can’t see a little of themselves in the eyes of a chimp.

This particular little chimp, Willy, has pretty incredible eyes that could tell his story worlds better than I can, but I will try my best to do him justice. Willy came to live in the wonderful Tchimpounga Sanctuary, one of Jane Goodall Institute’s establishments, after being confiscated by Congolese authorities. While it is not certain if Willy was captured from his jungle home by poachers or hunters, he was illegally taken and sold as a pet to a family in the Niari region. After being discovered by local wildlife authorities, little Willy was brought to Pointe North by authorities who contacted Tchimpounga.

Willy arrived at the center in a makeshift wooden box with a few slats. It was apparent that he was afraid, depressed, and hungry. When the staff offered him some water and bananas, he ate hurriedly. 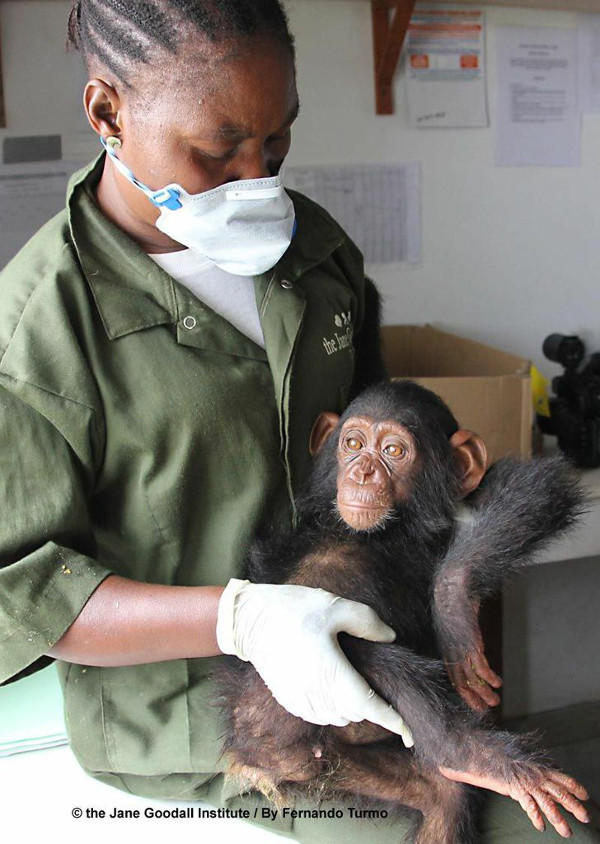 Debbie Cox, Jane Goodall Institute’s technical advisor who works at the Tchimpounga Chimpanzee Rehabilitation Center, tells OGP that, on arrival to the center, Willy was not in poor physical condition but, “emotionally, like all babies, when taken from their mothers, they are confused, insecure and vulnerable. He settled down quickly once in the hands of our staff, who know and understand chimpanzees.”

The incredible staff at the rehabilitation center can vocalize and communicate in a way that chimps understand, which made Willy’s transition much smoother.

Cox explains that immediate medical attention is not always the most important thing but, “affection, constant contact and security,” are what allow the chimps to recognize they’re safe and among people they can trust.

The exact conditions of Willy’s life before being rescued are not known, but Cox explains, “Most people do not understand chimpanzees very well and often leave them tied up alone in dark rooms, so they are frightened and alone most of the time.”

Chimpanzees are very much like humans and need social interaction to thrive. The first three months of being at the Tchimpounga center, Willy was quarantined to have tests to ensure he was not carrying any illnesses. During this time period, Willy had a human “mother” who stayed with him around the clock to make sure he was never alone or afraid.

After passing all his tests, Willy was allowed to join the other chimpanzees living in the Tchimpounga nursery. Cox tells OGP, “He was first very overwhelmed by his new family ​ – five​ other rambunctious infants can be a little overwhelming. But, he had his human ​mother with him all the time, so very quickly he adjusted and is now happily living with ​seven​ other chimpanzees.”

Willy was lucky to have been rescued at a young age, according to Cox, “he was confiscated very early and so, was brought to the sanctuary before to much psychological damage was done,” as the result Cox believes, “[Willy] has a good outlook on life. He will do well, has very few hangups.”

Living the good life in the Tchimpounga sanctuary, Cox tells OGP, “He spends his days in the forest and is being cared for by a team of mothers. He loves to hang out on the back of one of the human care givers. He loves to sit in their laps and just put his arms around their necks while he sits and contemplates the world.”

While ideally, Willy will be able to one day be released back into the wild, that future is yet to be seen. However, thanks to the work that the Jane Goodall Institute does with local communities, fewer and fewer chimps are being taken from the wild.

Cox explains, “​​education ​in partnership with local people, ​and ​conducting public awareness campaigns can change the attitudes of local people” and important part of working toward conserving chimpanzee populations, “In the end, we are all working to keep chimpanzee infants with their own mothers in the forest, not to have orphans in a sanctuary. Education, public awareness and effective law enforcement will help reduce the number of orphans arriving to our doors.”

Willy’s story demonstrates that the programs run by the Jane Goodall Institute are working. Law enforcement officials confiscated Willy without having to be prompted or persuaded, showing that communities are starting to hold one another accountable for the sake of protecting these wonderful animals.

The future for Willy is incredibly promising, but moreover, the future for hundreds of other chimps living in the wild will be equally as positive, thanks to the hard work and relentless compassion demonstrated by the workers at Tchimpounga Chimpanzee Rehabilitation Clinic and the greater Jane Goodall Institute.

To learn more about the Jane Goodall Institute, check out their Facebook page and website. To let JGI rehabilitate more chimpanzees and expand their education programs, click here for donation information.