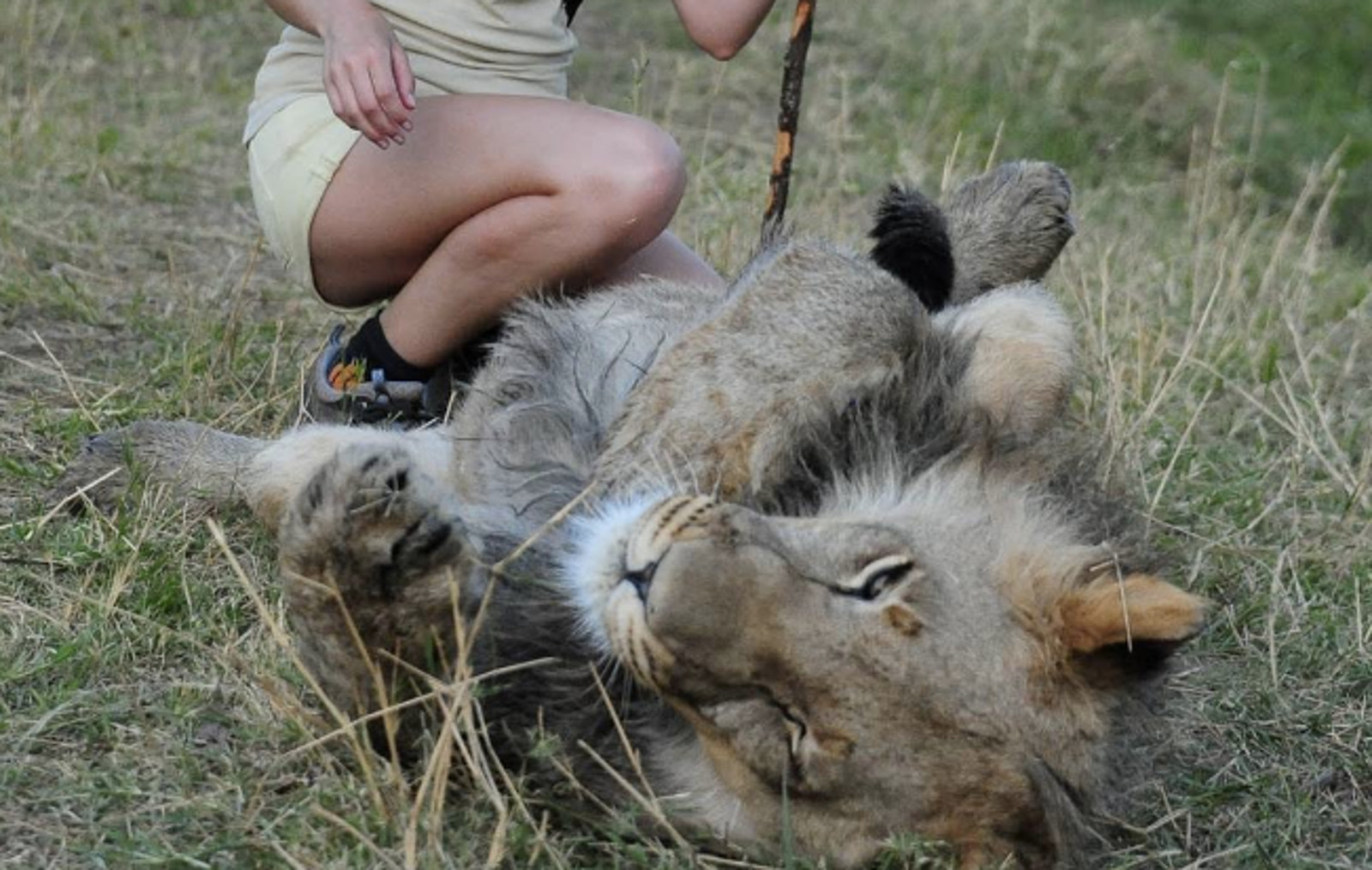 Getting the chance to see a lion up close and personal is something most people can only dream of. These majestic and mysterious animals live primarily in the south-eastern Sahara region of Africa, making the chances of encountering them incredibly rare. But if you had the chance to not only see a lion in person but do things like walk with them, take selfies, or feed and groom them, would you? Most animal lovers would respond with a resounding “yes!” and believe it or not, there are organized opportunities to actually experience these things.

Now, before you start jumping out of your seats, what if we told you that you could do all of these things with real lions, but it would cost those animals their freedom and the chance to ever experience life in their wild habitat, surrounded by their families and the many wonders of the natural world? Suddenly sounds a lot less appealing, huh?  Well, unfortunately, the latter is rarely expressed to well-meaning animal lovers who sign up for excursions with lions, and sadly, it is the lions that suffer.

The captive lion attraction industry has grown exponentially, primarily in South Africa, over the past few decades despite the fact that the wild lion population has dropped from 100,000 individuals to 20,000 in the past 30 years alone. Unfortunately, although the captive lion industry often claims to be focused on “conservation,” the stark reality is that every lion that is used for tourist attractions, canned hunting endeavors, or any other entertainment means comes from a captive breeding facility. In South Africa, there are about 200 breeding facilities which account for the captivity of nearly 8,000 predators. It is thought that approximately 1,000 of these animals are lions.

According to people behind the documentary “Blood Lions,” facilities that breed captive lions claim that these breeding farms take pressure off of wild predator populations – but there is little to no evidence that this is the case. In addition, any claims that these captive bred lion populations benefit conservation efforts are also false. The lions kept in these facilities have been inbred over generations, meaning that if their genes were mixed into wild prides, it could have a devastating impact on the survival of the species.

So while getting the chance to take a photo with a seemingly “docile” lion, like this one, might seem like an epic, once-in-a-lifetime experience … is it really worth it? 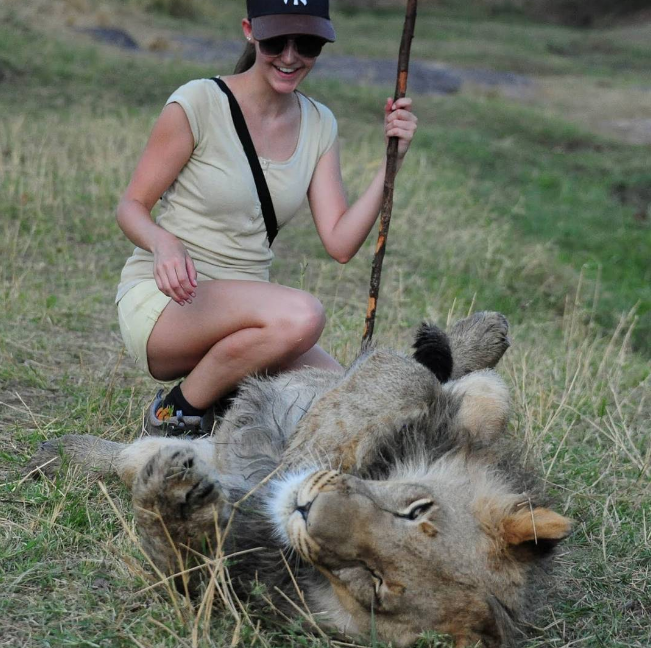 This image features a tourist who is participating in a “walk with lions” excursion. The giant stick she is carrying is what the trainers use to condition lions to walk calmly amongst visitors. The majority of the lions in these facilities have been hand-raised by humans since birth and grew up getting beaten with sticks just like that one. As a result, they associate those sticks with fear and pain and will not act out if they see one.

The African lion population is teetering on the edge of extinction and our insatiable need to exploit these creatures for the sake of our entertainment is only driving the nail deeper into their coffin. If we hope to save this species, we need to focus our efforts on conserving their natural habitat, not breeding captive lions that will never be able to add to wild populations or help conservation in any meaningful way.

First and foremost, never attend any facility that holds lions captive for profit or entertainment. Share this post and encourage others to educate themselves before signing up for any “conservation” scams. Second, support the work of organizations who are fighting to protect wild lions such as Panthera, WWF, and the African Wildlife Foundation.