Canadian Wildlife Official Goes Above and Beyond to Save Beached Whales 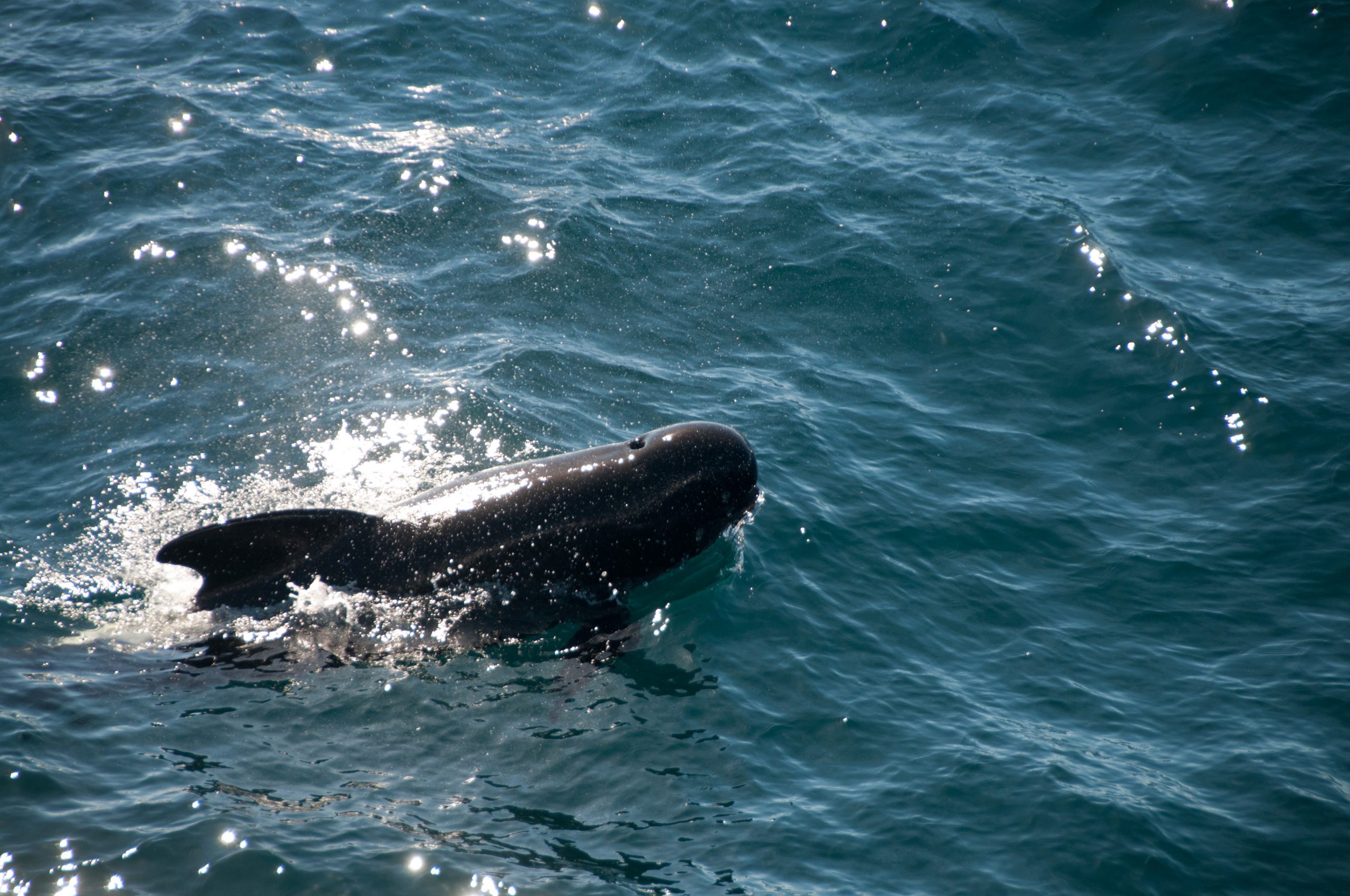 A Canadian wildlife official is being called a hero after going above and beyond to save 6 beached long-finned pilot whales.

Ryan Collier got a call about 7 beached whales and sprang into action. He called the Department of Fisheries and Oceans, but they could not help for several hours, so Collier decided to take matters into his own hands.

Collier drove to the location and began to slowly push the whales back out to sea, a task that the tide helped with. One of the whales had already died before he got there, but he was able to push 6 other whales out to sea. The endeavour took around three hours

Collier said, “I couldn’t give up. I can’t remember how long I was there working on a few of them, but I’ll never forget when I let the first one go and gave it a push out into deep water. I just stood up and watched this guy swim off in deep water, and I was like, ‘That’s fantastic. That’s one, let’s see if I can do another.”

By the time he had pushed 5 whales out to sea, Collier could feel mild hypothermia setting in. Thankfully by that time, two fellow wildlife officials had arrived and began to help. So Collier was able to rest and dry off before helping to give a final push to the last whale.

Collier said, “It was definitely one of the highlights of my career even though it had nothing to do with my job whatsoever.”

This is an amazing example of someone helping nature when they didn’t have to. His bravery and care helped 6 pilot whales safely return to the sea after a beaching that could have killed them all.

Sign this petition to pass legislation to fight climate change and reduce ocean pollution from fishing, plastics, and other debris!