Can ‘Mammoth Ivory’ Put an End to the Slaughter of Endangered Elephants? 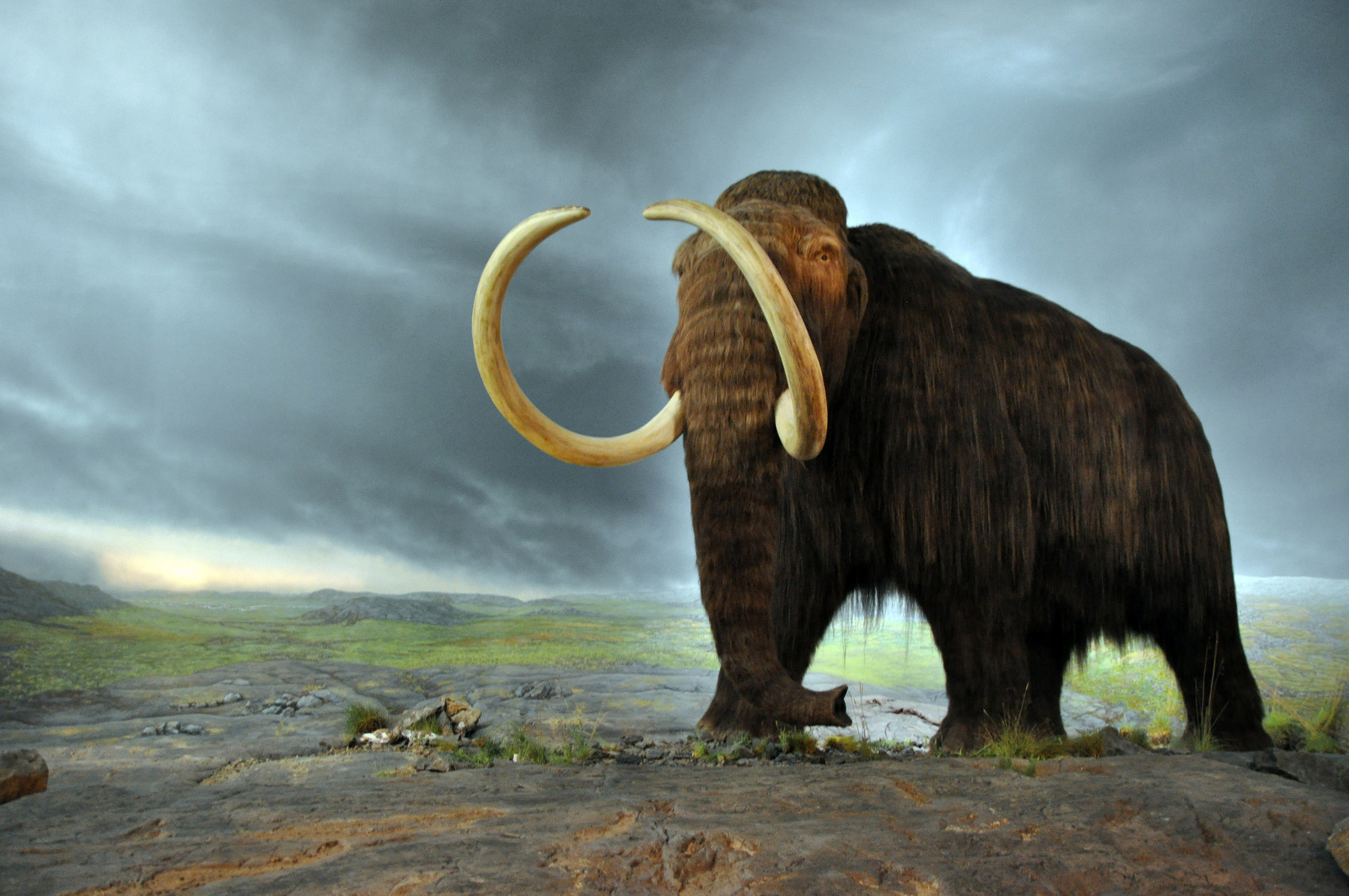 I was talking to my friend Ron the other day about the illegal trade in elephant ivory (as well as how vegetarians/vegans can “chew the fat” as a description of a conversation – we decided they can “chew the phat”) and he asked if mammoth ivory was ethically sound. I thought this was the start of a joke, but it turns out that it isn’t. There really is a burgeoning trade in mammoth ivory. Just as climate change had a part to play in killing off the mammoths 12,000 years ago, climate change and humans are now bringing them back.

The Quest for Mammoth Ivory

As the icy tundras in Siberia are thawing, mammoth ivory hunters are setting out across the treacherous plains to find the tusks that are emerging. According to a story by National Geographic on mammoth ivory hunters, a mammoth tusk can weigh 150 pounds or more. Over 90 percent of the mammoth ivory is sent to China, where it is carved using traditional ivory carving techniques. The rise of wealth in China has also seen an increase in demand for ivory carvings both there and around the world. However, demand for this resource is completely outstripping supply.

Where once mammoth ivory was found relatively easily in northern Siberia, mammoth ivory hunters are increasingly heading to the islands in the Arctic off Siberia. The hunt for mammoth ivory can be dangerous, and the task of bring back the tusk a logistical challenge. After so many centuries of being frozen in the ground, mammoth ivory must be treated with care. For example, it must be kept wet to ensure the ivory doesn’t dry out and crack. Once sold, mammoth ivory is used to make a range of items including jewellery, knife handles, chess pieces and musical instrument components.

Mammoth ivory has been valued by some as an ethical choice in the ivory trade, but is it really much better than elephant ivory?

As looked at previously, the trade in ivory is causing the mass slaughter of elephants in Africa and South East Asia, with an estimated death toll of between 30,000 and 50,000 elephants per year. Many states in the U.S. are cracking down on the illegal trade in ivory, and as part of that the illegal trade in falsified antiques made with fresh ivory. It is legal to trade mammoth ivory anywhere in the US except New York and New Jersey, and California is looking to follow suit. Elephant ivory is frequently sold as mammoth ivory to avoid current legislation, which puts continued pressure on existing elephant populations, not just the remains of extinct mammoths.

Scientists are also using mammoth ivory and remains for different purposes. As the mammoth remains are exposed, samples of their DNA are being used for de-extinction research. Earlier this year, The Observer reported that Harvard University had conducted laboratory experiments to replace parts of elephant DNA with DNA from a woolly mammoth. Working with Asian elephants, which have the most similar DNA to woolly mammoths, it could be possible to bring them back from extinction. But is it right to bring one species back from extinction (the woolly mammoth) when we are at the same time causing another species (the African elephant) to go into extinction, primarily driven for human’s desire for ivory? As Professor Alex Greenwood is quoted in The Telegraph, “Money would be better spent focusing on conserving what we do have than spending it on an animal that has been extinct for thousands of years.”

The verdict? Don’t buy it. Whether from a recently dead African elephant, or a long-dead woolly mammoth, ivory promotes the idea that it is ok for animals to die for vanity. Improve your life by developing compassion for those animals that are living today, rather than a passion for trinkets. Think of Manny from the Ice Age movies – doesn’t he deserve a bit more respect?  If you want a piece of history, support a museum.