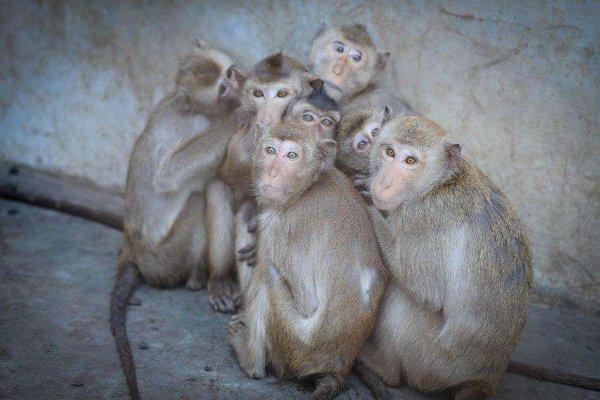 When people think of animals in labs, of animals used in research, they imagine just that – the animal, in a cage, in the sterile environment of a research or medical facility.

I went to Southeast Asia in late 2011 to shoot stills for a documentary called Maximum Tolerated Dose which, in part, chronicles the lives of lab animals. The investigators and I went with barely any leads but with a lot of determination to find out how and where lab animals, primates specifically, were kept before being shipped to labs around the world.

To our surprise, we didn’t gain access to just one primate breeding facility, but three. The long-tailed macaque, which is the most heavily traded monkey for research worldwide, are trapped and bred in rapidly growing numbers at these farms in Laos, Cambodia, Vietnam, China and Indonesia. The business of macaque breeding has much more than doubled in the last decade. From these farms, the macaques are sent to China, given false papers and then shipped for use in research worldwide.

I witnessed the sheer brutality behind this business while documenting the lives, and deaths, of the macaques at these farms. The animals are kept in virtual starvation, exacerbated by the hierarchies formed within the cages; the older males hoard food and the rest fight, often to the death, for the scraps.

The images of these farms and the animals who live there speak for themselves. They depict a depraved existence.

The British Union for the Abolition of Vivisection (BUAV) is campaigning against the shocking conditions of these monkey farms in Laos. These conditions breach internationally recognized animal welfare guidelines.

The BUAV is calling for action by CITES (Convention on the International Trade in Endangered Species) and governments to address the largely unregulated trade in macaque within South-east Asia and take action over the serious animal welfare concerns that this investigation has uncovered.

You can support this extremely important campaign by writing to the Laos embassy in your country and asking them to place an immediate ban on the capture, breeding and export of long-tailed macaques destined for the research industry. Click here for the contact details of Laos embassies around the world.