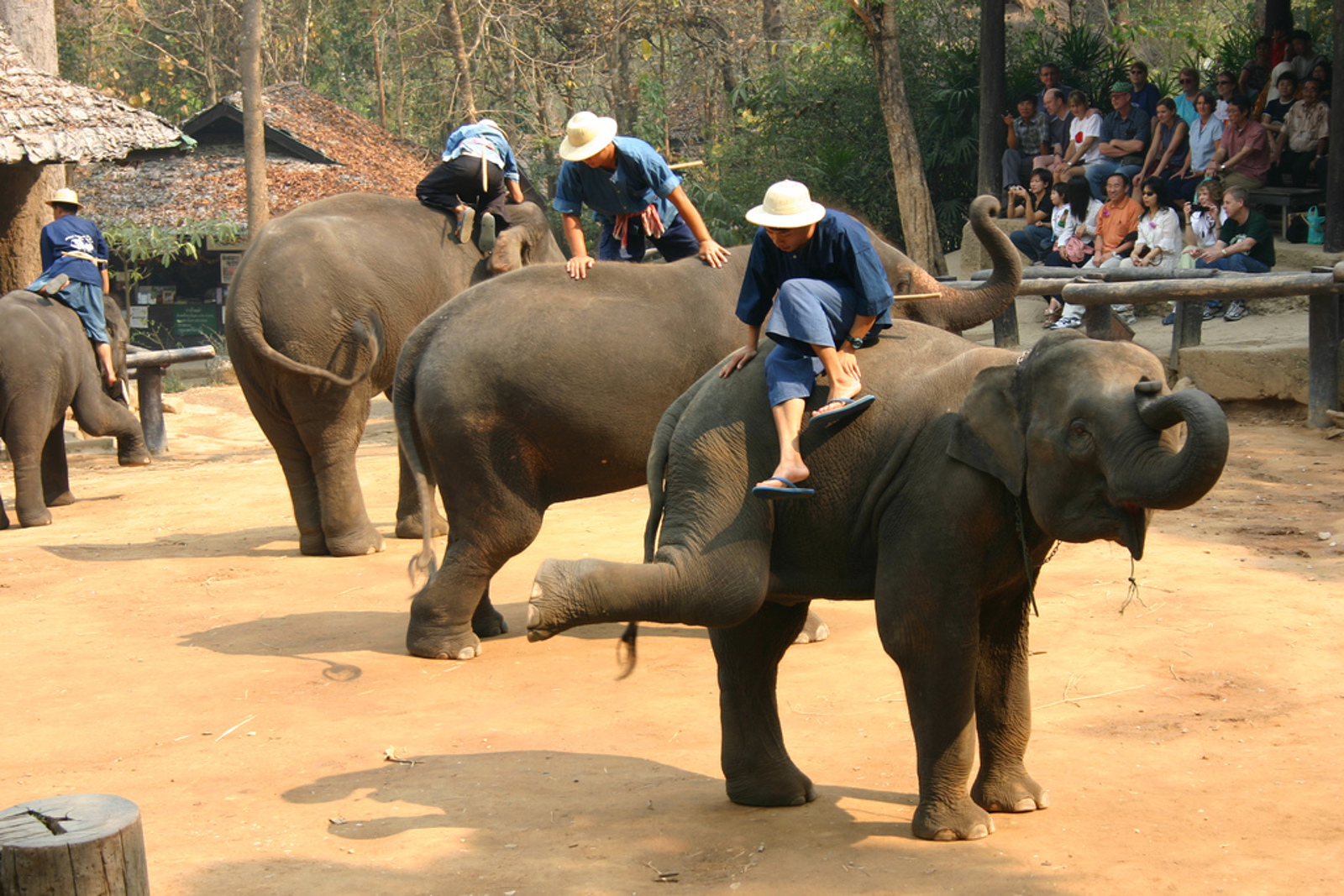 The use of elephants in the tourism industry has become incredibly popular. Vacations boasting everything from a chance to ride on an elephant, to seeing them paint, or even getting a massage from an elephant have popped up all across Asia. While these might appear to be fun activities for you and your family, the reality is that the experience is anything but for the elephants.

Although elephants are incredibly intelligent and docile by nature, there is very little about the behaviors exhibited by captive elephants in the tourism industry that is natural. To get these wild animals to interact with humans, they must undergo an extraordinarily cruel breaking process, called “Phajaan,” that renders them submissive to their human trainers.

Baby elephants are taken from their mothers at a very young age, usually three to six years old, but often younger. After a young elephant is in the captivity of its handlers, the aim of the Phajaan program is to break its spirit. Babies will be kept in small crates similar to those found in the intensive pig farming industry. Their feet will be tied with ropes, their limbs will be stretched, they will be repeatedly beaten with sharp metal and other tools, they will be constantly yelled and screamed at, and they will be starved of food. Bull hooks (a tool used in most forms of elephant control) will be used to stab the head, slash the skin and tug the ears.

The next time you see an Asian elephant used in trekking, elephant rides, movies, in a circus or any other form of entertainment, take a look at the state of its ears. Captive elephants often have shredded or torn ears from their tissue being ripped and pulled away in the training process. They also often have scars on their foreheads from deep lacerations caused by beatings.

Ropes are used to tie and stretch the elephant’s limbs, these will eventually be replaced with tight, constricting chains. The Phajaan may last for weeks and they have no rest from physical torture and mental domination. Gradually, their spirits break and their handlers achieve control. 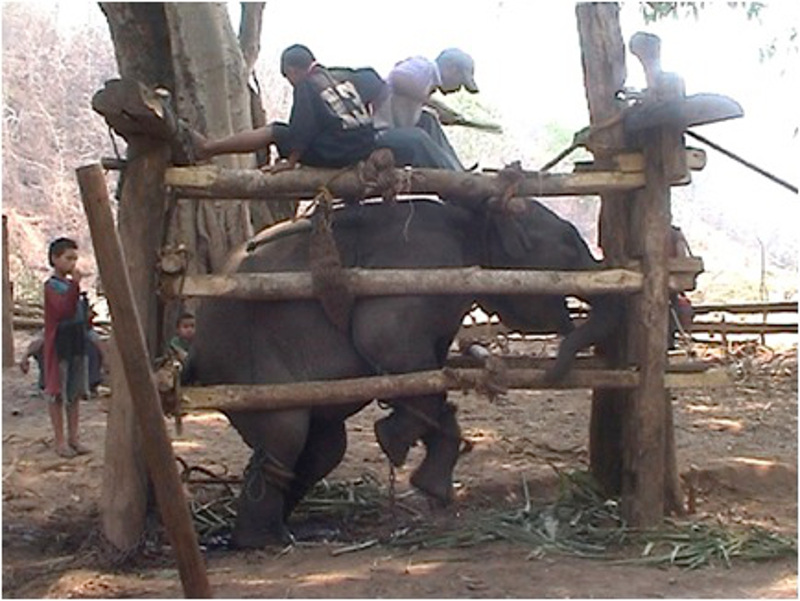 The “Bond” Between Trainer and Elephant

This video illustrates the cruelty of this process. We will warn you, it is graphic.

Getting the chance to interact with a baby elephant might seem like an incredible experience, but given the immense cruelty and abuse that that elephant has to endure for these interactions, is it really worth it? Asian elephants are highly endangered animals and are often targeted by poachers who capture them from the wild and sell them into the tourism industry. By visiting attractions that feature captive elephants and paying to ride or interact with one, you become complicit in this injustice.

We can all help to end this cruelty by boycotting tourism attractions that feature captive elephants. If you are headed to Thailand and want to experience elephants in a humane way, check out elephant sanctuaries like Elephant Nature Park or Boon Lott’s Elephant Sanctuary. These organizations are helping to spread the truth about the cruelty inherent in elephant tourism while providing a sanctuary for animals who have been rescued from such attractions.

But remember, these elephants would not need to be in sanctuaries if the elephant tourism industry existed, so please be a Green Monster, and share this knowledge with others so we can see the cruelty against elephants end, once and for all.