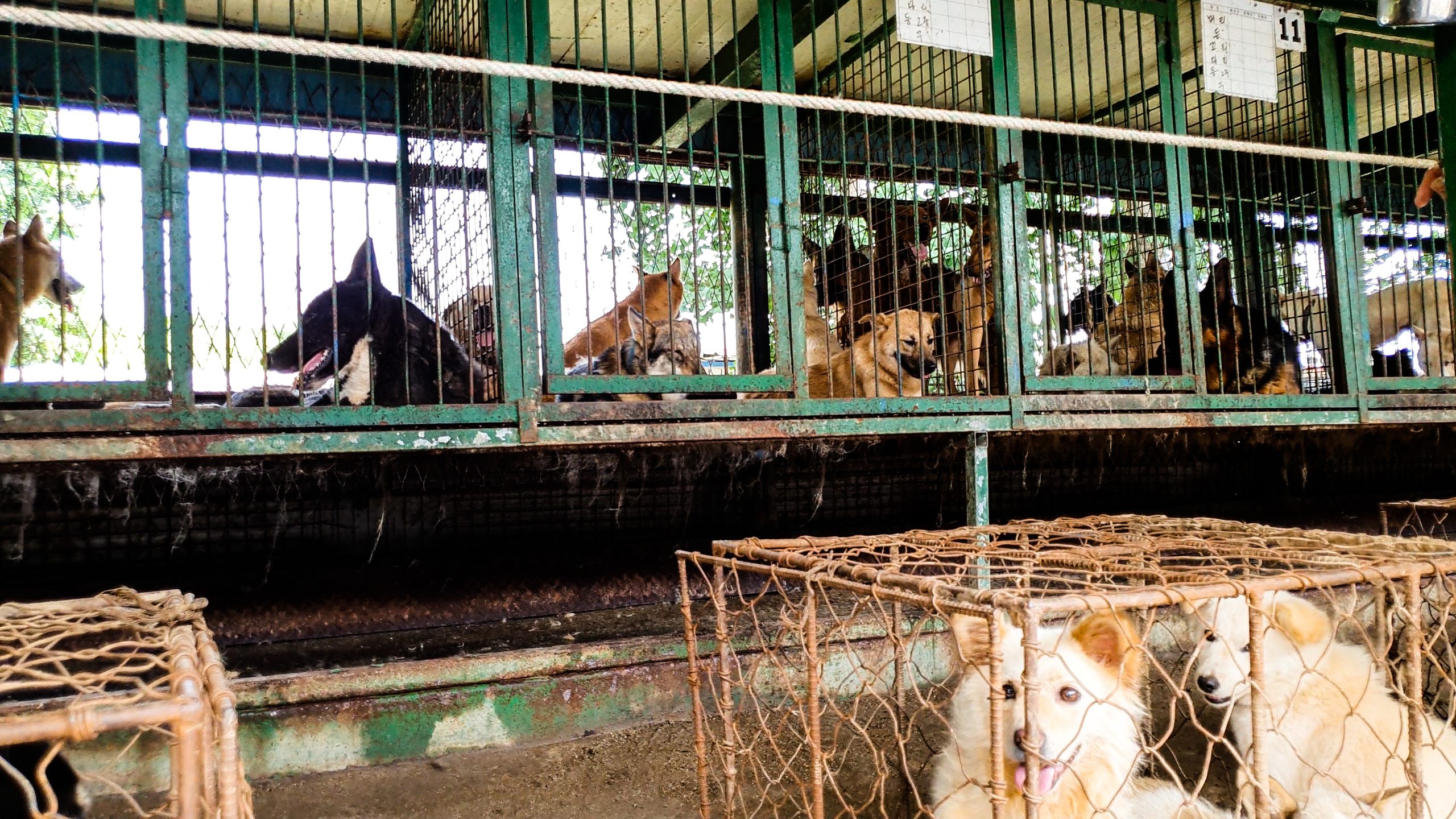 Mayor Cho Kwang-han inspected the illegal dog meat farm and it subsequently closed as part of a larger crackdown on illegal dog meat in the region. The dogs are safely removed from the facility. Lady Freethinker found over 200 dogs being held, many in cramped cages. 60 numbered cages were found on the facility, some with 3 or 4 dogs inside.

“We applaud Mayor Cho for his decisive action, which sends a strong international message that dog meat farming must become a thing of the past,” said Nina Jackel, Founder and President of Lady Freethinker in an emailed statement. “Lady Freethinker’s investigation of Nakwon Auction House found terrified dogs cowering in cramped, dirty cages while workers jabbed them with metal hooks. Breeding and farming dogs for meat causes enormous and unnecessary animal suffering, as the majority of Koreans do not eat dog meat.”