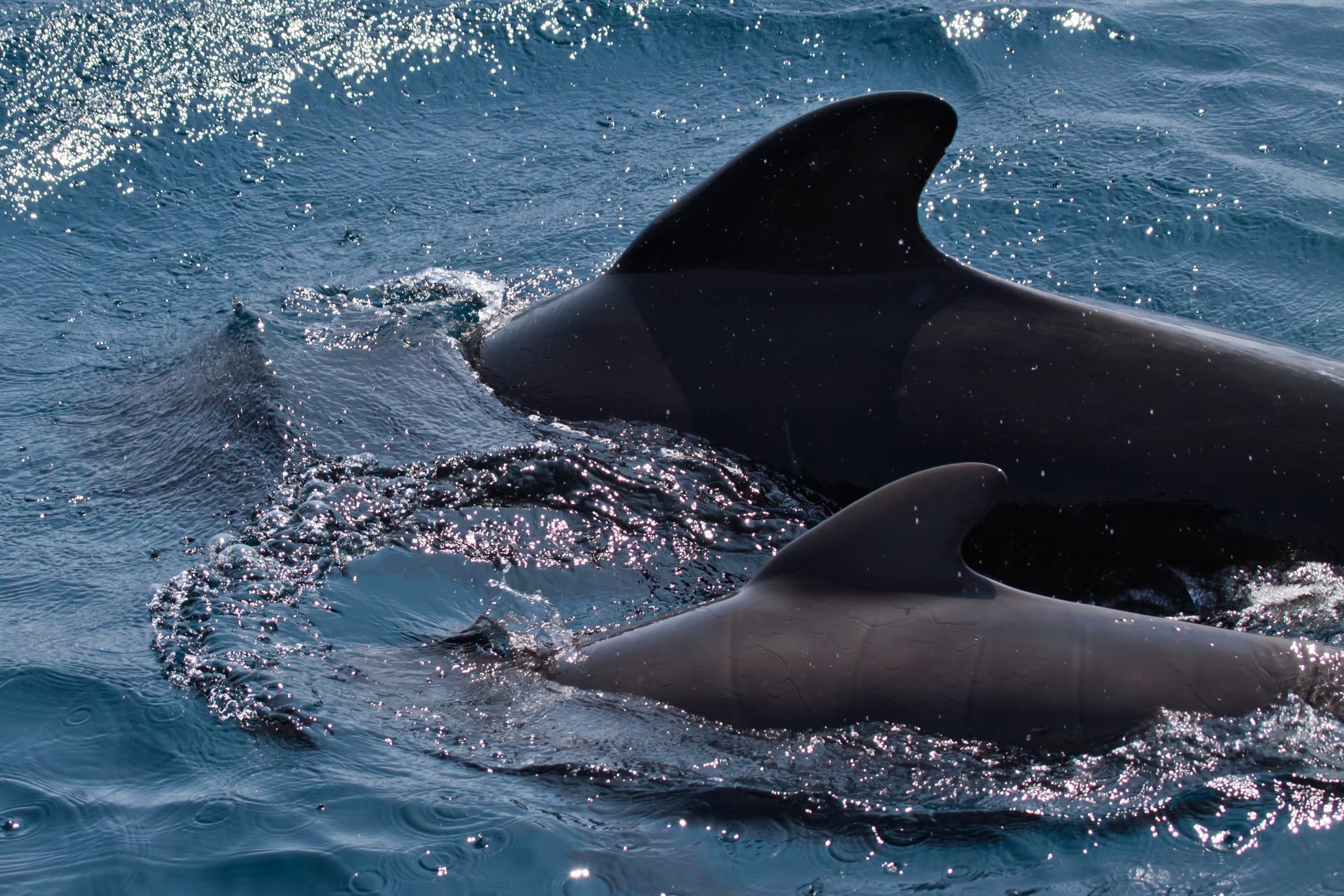 While adoptions are not unheard of among marine mammals, this pair’s size difference is certainly notable. Pilot whales can grow to two tons and grow 18 feet in length!

“She might have lost her own calf,” researcher Jochen Zaeschmar told New Zealand-based reporters of the dolphin’s behavior.

“Pilot whales spend seven years with their calves. There is a good chance it will eventually join another pod of pilot whales as they often cross paths,” Zaeschmar told 1 News reports.

Far Out Ocean will continue to share updates on the pair on social media. “The individual is a well-known member of the north-eastern New Zealand offshore bottlenose dolphin population and regularly associates with pilot whales and false killer whales. We are hoping to re-encounter her to monitor this interesting phenomenon,” Far Out Ocean said in a post.

Sign this petition demanding that the U.S. Congress end marine mammal captivity in the United States.

End Whale and Dolphin Captivity in the U.S.Click Here to Sign Petition