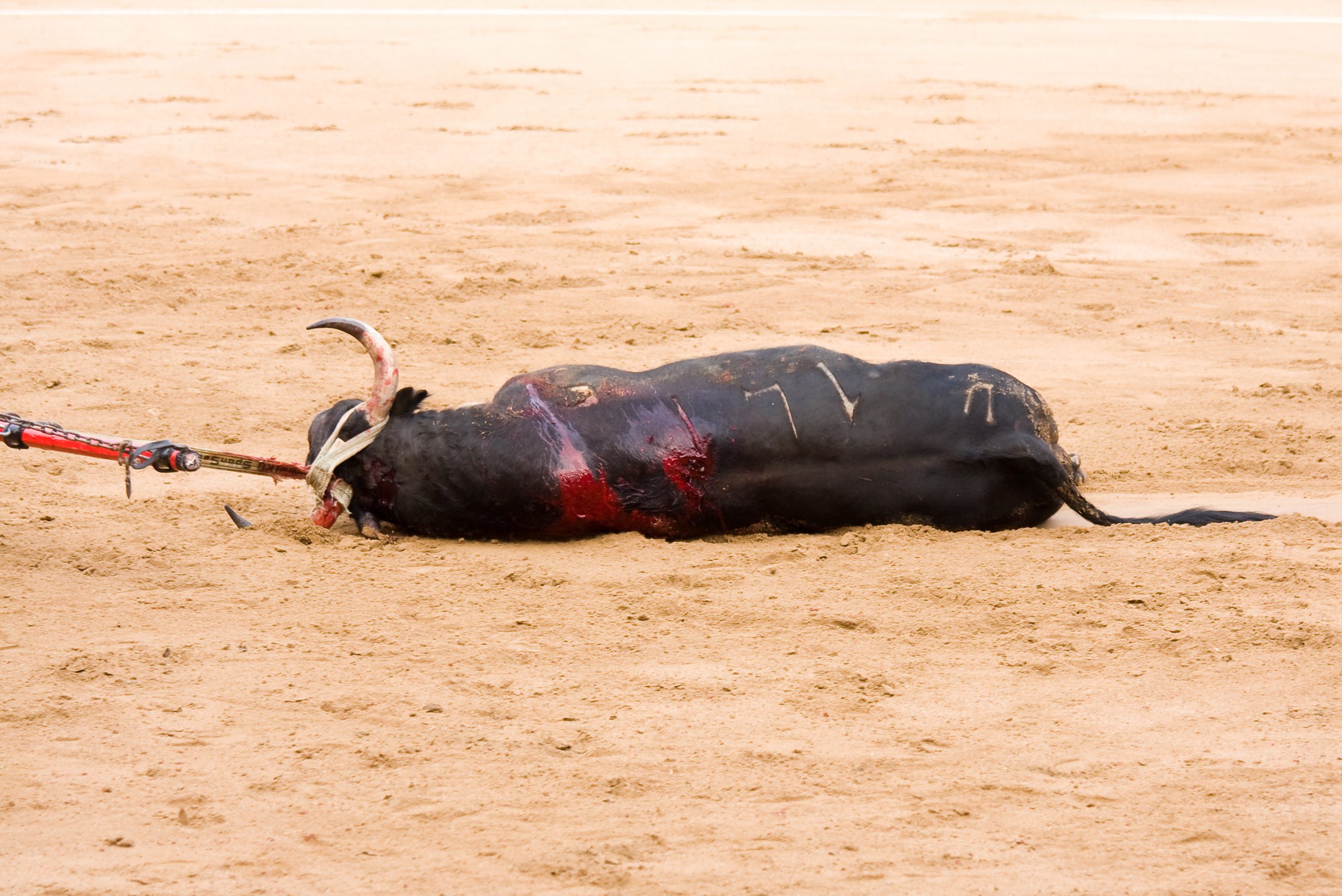 Graphic images emerged at Spain’s first bullfight since the start of the coronavirus lockdown, showing blood pouring out a dying bull’s convulsing body.

The footage shows the matador repeatedly stabbing the bull’s back with a sword until the bull could no longer walk, collapsing and bleeding out on the ground. Even after the matador delivered a final blow with a small knife, the bull continued to struggle as it slowly died. Its hoof was cut off as a keepsake, a tradition when the crowd is happy with the matador’s performance.

Source: LA TORTURA NO ES CULTURA // TORTURE IS NOT CULTURE

The horrible scene, recorded by activists in Avila, reignited calls to end the cruel bloodsport.

Carmen Ibarlucea from animal rights group La Tortura No Es Cultura (Torture Is Not Culture) said, “Have we not already had an overdose of death and pain in these past months?”

Bullfighting receives public money from both national and local governments, but the lockdown has hit the industry hard. As COVID-19 cases continue to surge in Spain, bullfighting officials have asked for government subsidies to keep the brutal “sport” alive.

“The bullfighting lobby has been clamouring for months, asking for public money and demanding to be able to hold a bullfight,” Marta Esteban Miñano, from Animal Guardians, said. “And what happened? It has been a total failure, the alleged fans have not responded.”

In the footage, the bullring is seen less than half full, with only a handful of spectators on the terraces and the upper tiers completely empty.

Whether from animal welfare or economic reasons, the outdated and inhumane practice of bullfighting could be in its final days. Sign this petition to tell the Spanish government not to bail out bullfighters to make sure this cruel bloodsport ends for good.

To continue speaking out against bullfighting, sign these other petitions: