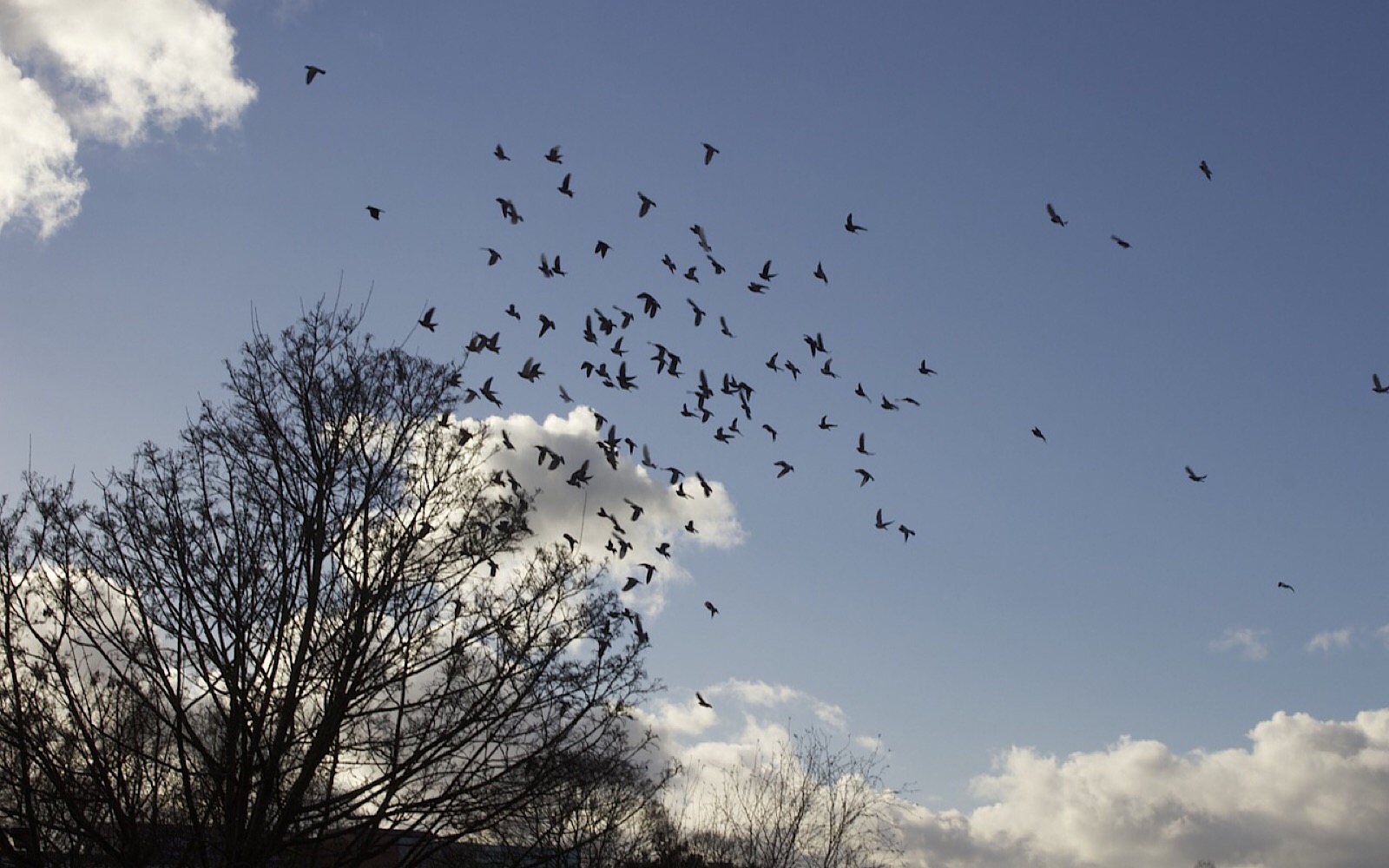 Imagine you’re taking a walk through your neighborhood, enjoying the peaceful sounds of birds singing in the trees and the wind gently blowing through the leaves … then all of the sudden, the sound of a jackhammer instantly jolts you out of your cloud of peaceful, nature-filled bliss.

Whether you live in a busy city or a quiet suburb, it’s likely you’ve become accustomed to human-caused noises. We hear traffic and sirens all hours of the day, deal with obnoxious road and building construction, and get distracted by the sound of boats whizzing by as we try to relax on a beach. This “noise pollution” — defined as an unwanted or inappropriate sound — is part of our day-to-day life, and even though we try to ignore it, these sounds can affect stress levels and sleep, impacting our quality of life.

According to the EPA: “Noise pollution adversely affects the lives of millions of people. Studies have shown that there are direct links between noise and health. Problems related to noise include stress-related illnesses, high blood pressure, speech interference, hearing loss, sleep disruption, and lost productivity.”

But scientific studies are showing that humans aren’t the only ones suffering from an increasingly noisy world. Animals, too, are being negatively impacted by noise pollution from traffic, air, and rail transport, industrial practices such as mining and drilling, and human recreational activities. It’s not only causing stress, but it is affecting how and where they live, travel, and even mate.

A Human-Caused Impact We Often Fail to Recognize

Human activities have resulted in plastic pollution in our oceans and destruction of habitats through deforestation for animal agriculture, but noise pollution is something we often don’t think about. Sadly, this type of pollution is having an effect on animals and impacting entire ecosystems. With fewer and fewer places to live because of habitat destruction, wildlife are forced to live closer to humans, and as a result, their habitats are often impacted by human-caused activities. And as scientists have found, even the most subtle sounds can cause problems for nearby wildlife.

In a recent study, scientists surveyed birds that had nested in natural gas fields in northern New Mexico. They visited 240 nesting sites, all of which were situated in varying proximity to natural gas wells and compression stations. The stations “emit a constant, low-frequency hum in roughly the same range as many bird’s songs,” according to a Washington Post article about the study. And while that might not seem like an issue, the problem is that the noise makes it harder for the birds to hear the natural sounds around them, including those of approaching predators. The constant exposure to this sound and the resulting disruption to the birds causes stress symptoms similar to those associated with post-traumatic stress disorder (PTSD) in humans, which was detected through blood samples taken during the study.

A 2006 study conducted in Canada found issues surrounding the impact of human-caused noise pollution on a bird’s mating habits, which can have an impact on population size. The study compared birds living in the quiet boreal forest region with those that lived near natural gas and oil compressors. They found that birds living near the compressors had a pairing success rate that was 15 percent less than birds in the forest region — the cause is believed to be noise either drowning out or altering the male bird’s song, both of which can impact a female bird’s response to the male.

Natural and Protected Habitats Aren’t Immune to the Problem

Noise pollution affects animals in urban and rural areas, but it’s having an impact on protected wildlife areas as well. Rachel Buxton of Colorado State University helped lead a study of 492 protected areas across the U.S., resulting in the collection of over one million hours of sound recordings. In the study, they used algorithms to help determine the level of human-caused noises that were occurring on top of the sounds that occurred naturally in each area.

The study found that human-caused noise pollution was twice as loud as natural sounds in 63 percent of the areas surveyed — in 21 percent of the areas, some of which were home to endangered species, it was ten times as loud. In an interview with The Guardian, Buxton said that “animals use noise for many essential functions, such as dodging predators, finding food and mates, and maintaining relationships in social groups.” So when unnatural noises drown out the natural noises animals depend upon, it can have a serious impact on the way they live.

Excessive, human-caused noise can also impact the balance of an ecosystem. Loud machinery might scare away larger predatory animals, which in turn causes the number of prey species to increase. Birds and pollinators may also be scared away by sounds, which in turn affects plant species and even insects that might rely on those plants as a source of food and shelter. These things might not seem significant on their own, but the chain reaction can result in the disruption of entire ecosystems.

In the ocean, communication, mating habits, and migration patterns of whales and other marine life have all been affected by noise from oil drilling, sonar devices, ships, and human recreation like boating and jet skiing. Some conservationists and scientists say that prolonged exposure can cause stress and even hearing damage in marine animals. Studies have also found that marine animals exposed to noise pollution show changes in individual and social behavior, metabolism, and overall health.

There are several studies showing the impact of noise pollution on humans, animals, and our habitats. Humans can use noise-canceling headphones and other technology to lessen their exposure to excessive noise, but wildlife and marine animals don’t have an escape. And even though we can’t prevent all forms of noise pollution, we can be more mindful of our activities and how they impact wildlife.

When enjoying the outdoors, especially in national parks and other natural areas, try to choose quiet activities like camping and hiking instead of those that involve motorized recreational vehicles. You can also help marine and aquatic life by limiting use of motorized boats and other loud recreational activities in areas populated by animals. Other common forms of noise pollution include oil drilling and sonar testing, speak out for marine animals by signing petitions to oppose these practices.

Share this information and report excessive noise in your neighborhood, after all it is disruptive to people and animals alike! Most local governments have online pages where you can report noise complaints or a hotline!