Birds Falling From the Sky in Lima, Peru. Here’s Why We Should Care 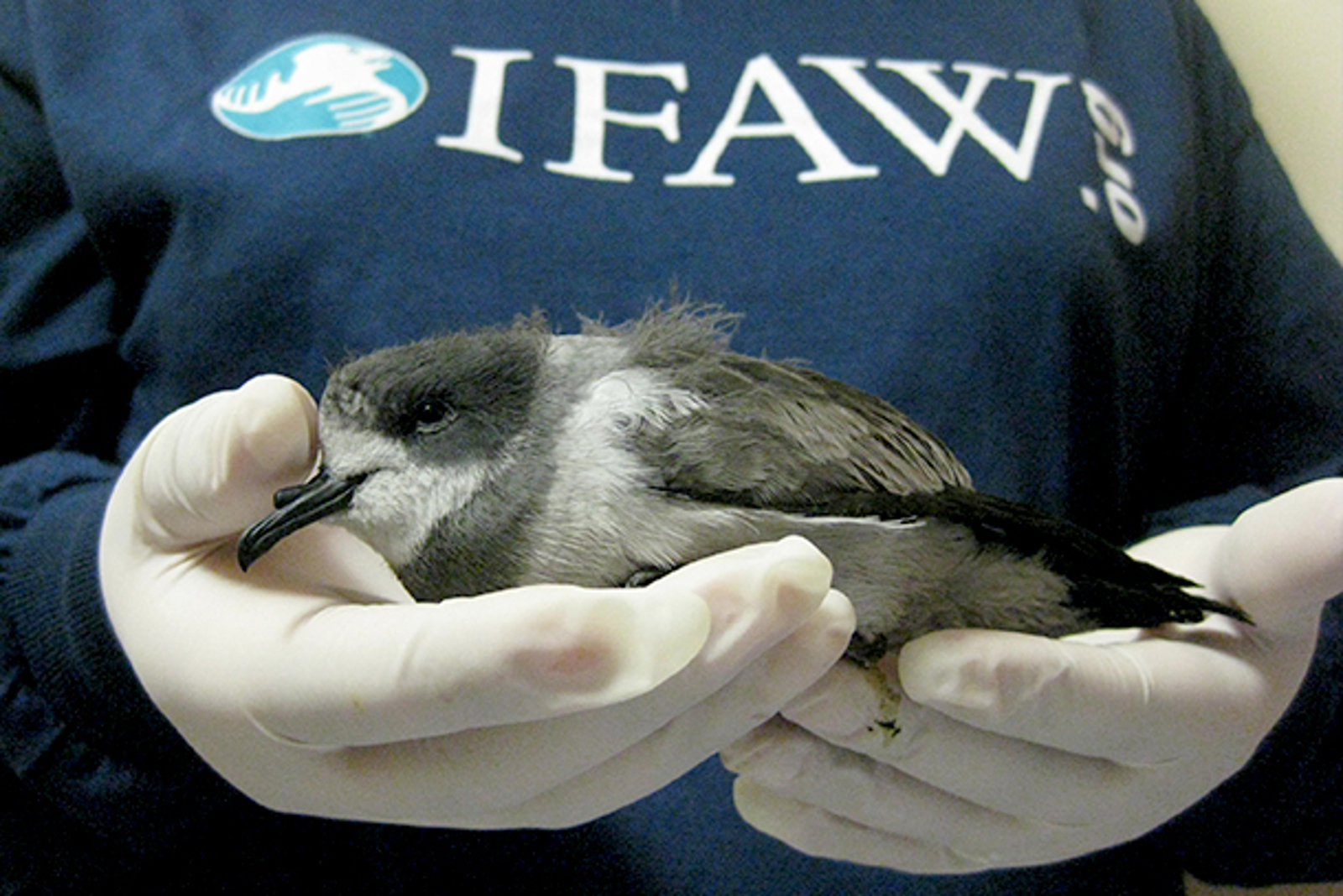 Every year between April and July in Lima, Peru, ringed storm petrels “fall from the sky” and nobody is quite sure why. These elusive oceanic birds are found disoriented and often injured when they ground in different urban areas around the city in places like homes, schools and on the street.

In 2009 two Peruvian veterinarians, Yovana Murillo and Luis Alberto Delgado began rescuing the grounded birds, treating them and releasing them back to the wild. The two vets solicited local volunteers to rescue and transport the birds for treatment.

They also began gathering data in an effort to find out more about the species and why the groundings are happening. The program grew steadily over a few years and expanded to include community education to teach people what to do if they found an injured petrel.

In 2013, funding from the International Fund for Animal Welfare (IFAW) was awarded to help with rescue activities and to buy supplies and equipment to treat the birds.

This money helped the project to implement a dedicated rescue area in the School of Veterinary Medicine, at Ricardo Palma University (URP), to carry out environmental public campaigns to raise awareness on the findings of these birds in Lima and for actual rescue actions (transport and delivery of the birds).

In 2013, with IFAW’s support, the group – now called the Ringed Storm Petrel Project – rescued and released 85 ringed storm petrels. All birds were banded in an effort to evaluate post-release survival.

In 2014, IFAW again provided the Ringed Storm Petrel Project with funding in anticipation of another grounding event. Sure enough, at the end of September they had rescued 176 ringed storm petrels in the cities of Lima and Callao, and 162 birds have been successfully banded and released this year. Sadly, the others couldn’t survive.

So little is known about the Ringed storm petrel (Oceanodroma hornbyi) that the International Union for Conservation of Nature (IUCN) has listed them as “data deficient.”

Why should we care about a bunch of birds that unexplainably fall from the sky?

Birds are important indicators of our ecosystems, acting as barometers of habitat change and informing us how we are doing as stewards of our planet. They serve as vital components in the ecosystem; birds control insect pests, pollinate flowers, distribute seeds, are food for other animals and control other animal populations.

Take a walk in any hardware store and you will find a section devoted to bird feeders and bird food. In America alone, people spend $5.5 billion each year feeding and caring for backyard birds. The U.S. Fish and Wildlife Service estimates that almost 42 million Americans feed birds and over 19 million travel to watch birds away from home.

The more we know about this species, the better we are able to gage what’s happening in our environment. The more we engage the community in animal welfare and conservation the better off animals and people will be.

It’s small, effective projects like this that can really help to make a difference. Incidentally, although the exact causes of the groundings are unknown, they could be related to light pollution from the city of Lima.

Based on project findings (data still being analyzed) they will propose to wildlife authorities some measures for the prevention and impact management of groundings.

To learn more about IFAW, check out their website, here.