Benefits of Animal Companionship for the Elderly 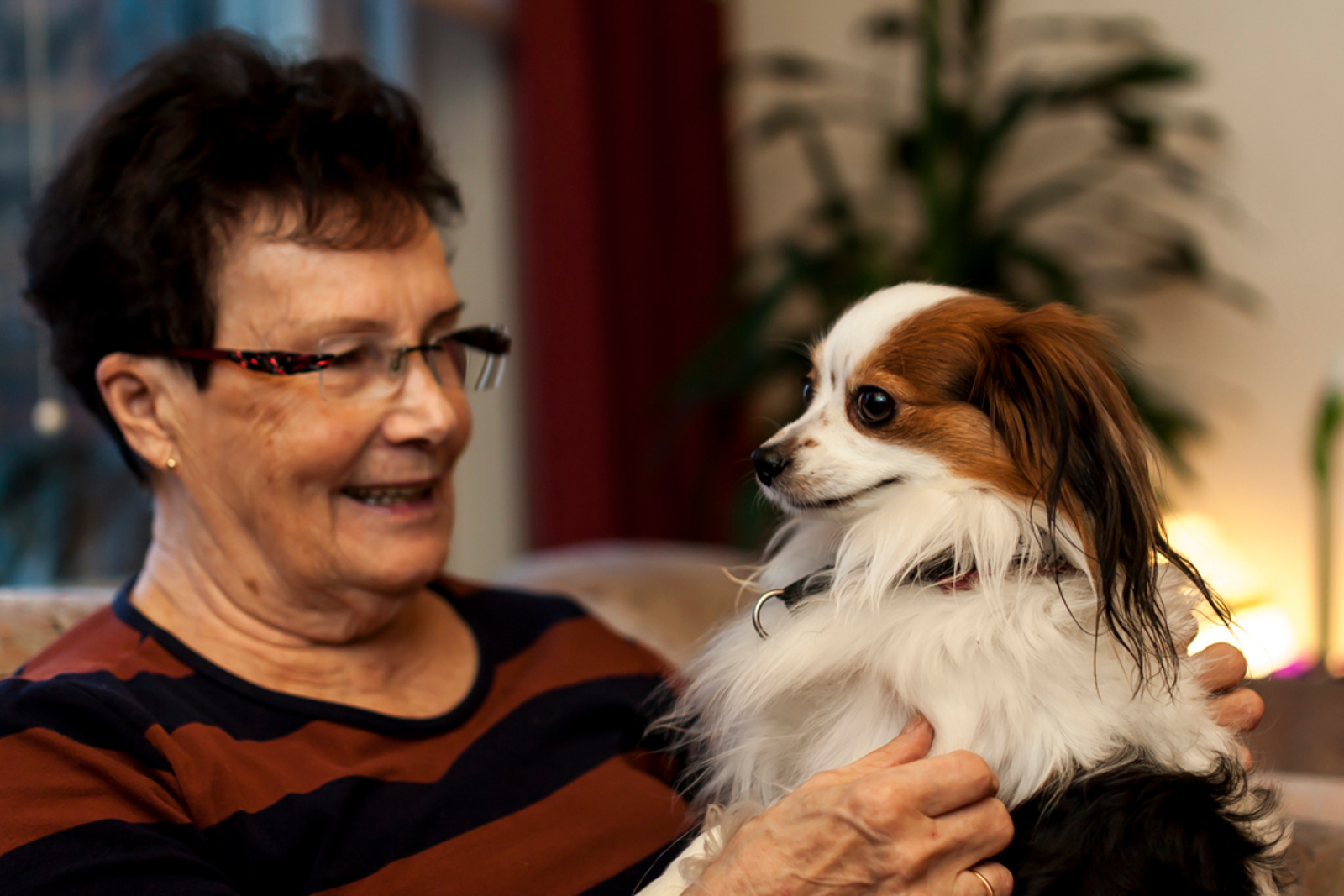 If you’ve ever shared your home with a companion animal or even just sat on the couch with a friend’s companion animal, you know how wonderful and personable they can be. When you get excited, they get excited too and they intuitively know when you’re feeling blue. And let’s be honest, they definitely make going for walks and hikes that much more fun.

Imagine going to the doctor’s and being prescribed … an animal, more specifically, a companion animal. For elderly people in particular, sometimes a furry friend is exactly what the doctor ordered. From psychological benefits such as lowering anxiety to social benefits of getting out of the house for a walk, companion animals really do positively impact health.

For older people who are still capable of being active, a dog can get them out of the house and moving around. In a survey regarding the attitudes of the elderly regarding the benefits of animal companionship, 71 percent of participants said that their pets make them feel better when they physical feel bad.

According to the study, “ approximately one million people die of heart disease each year, animal companionship may save 30,000 lives annually.”

Furthermore, people who live with animals “lower blood pressure, lower triglycerides and lower cholesterol” than those living without.

Results from a study of 100 Medicare patients shows that animal guardians visit their doctors 21 percent less often and use less medicine than those without animals and recover faster from surgery and illness.

Not convinced? A study of Australian households found that the presence of a pet leads to health savings between $790 million and $1.5 billion.

In the US, “ Medication costs dropped from an average of $3.80 per patient per day to just $1.80 per day per patient per day in new nursing home facilities in New York, Missouri and Texas that now have animals and plants as an integral part of the environment.” See? Fido and Fluffy save lives and money.

Of course, the mental and emotional benefits might be more obvious than the physical benefits. One key benefit that animals play in the psychological health of the elderly is combatting loneliness. When a companion animal lives with you, you are never alone. For young people living alone isn’t necessarily a big deal since it’s not hard to go out and have a social life, but it’s not always as easy for elderly and pets can help offset the effects of loneliness.

A study from Pets Are Wonderful Support found, “Recently widowed women who owned pets experienced significantly fewer symptoms of physical and psychological disease and reported lower medication use than widows who did not own pets.”
Pets have even been found to reduce depression, which of course can stem from loneliness.

“Older pet owners have often told us how incredibly barren and lonely their lives were without their pet’s companionship, even when there were some downsides to owning an active pet,”says Linda Anderson, co-founder of the the Angel Animals Network in Minneapolis.
Psychologist Penny B. Donnenfeld, who brings her golden retriever mix Sandee to her New York City office, has even witnessed her ability to rev up elder owners’ memories. “I’ve seen those with memory loss interact and access memories from long ago,” she says. “Having a pet helps the senior focus on something other than physical problems and negative preoccupations about loss or aging.”

Whether you are adopting an animal for yourself or for an elderly friend or relative, there are some things to keep in mind. The first being the mobility of the person in question. Can they get out and be active? Or are they limited in the activities they can do? For some elderly people, a dog might be just the friend they need to keep them moving while others need a cat who can curl up with them on the couch or in bed.

Another factor to consider is the age of the animal. For older people who are slowing down, a senior dog or cat would make the perfect addition to the family. There are even shelter programs geared towards senior humans adopting senior animals.

Finally, senior citizens should create a contingency plan for the care of their pets. The SPCA of Los Angeles suggests keeping a card on you, in your vehicle and in your home with your animal’s name and description, where they like to hide, any medication and where it’s located, vet information and emergency contact information, just in case anything happens.

Other considerations include having transportation to the vet if you don’t drive, keeping the animal’s food bowl elevated where it is easy to reach. In addition, talk to your vet about your pet’s medications; they may be able to provide a liquid formula, which is easier to administer than pills.

Having a companion animal in one’s life is incredibly beneficial at any stage of life and our senior years are no exception. Animal shelters are full of senior animals waiting to be rescued and they have so much to offer. Before you know it, it really will be a question of who rescued who, again?