The Book Every Wildlife Warrior Should Have on their Christmas List 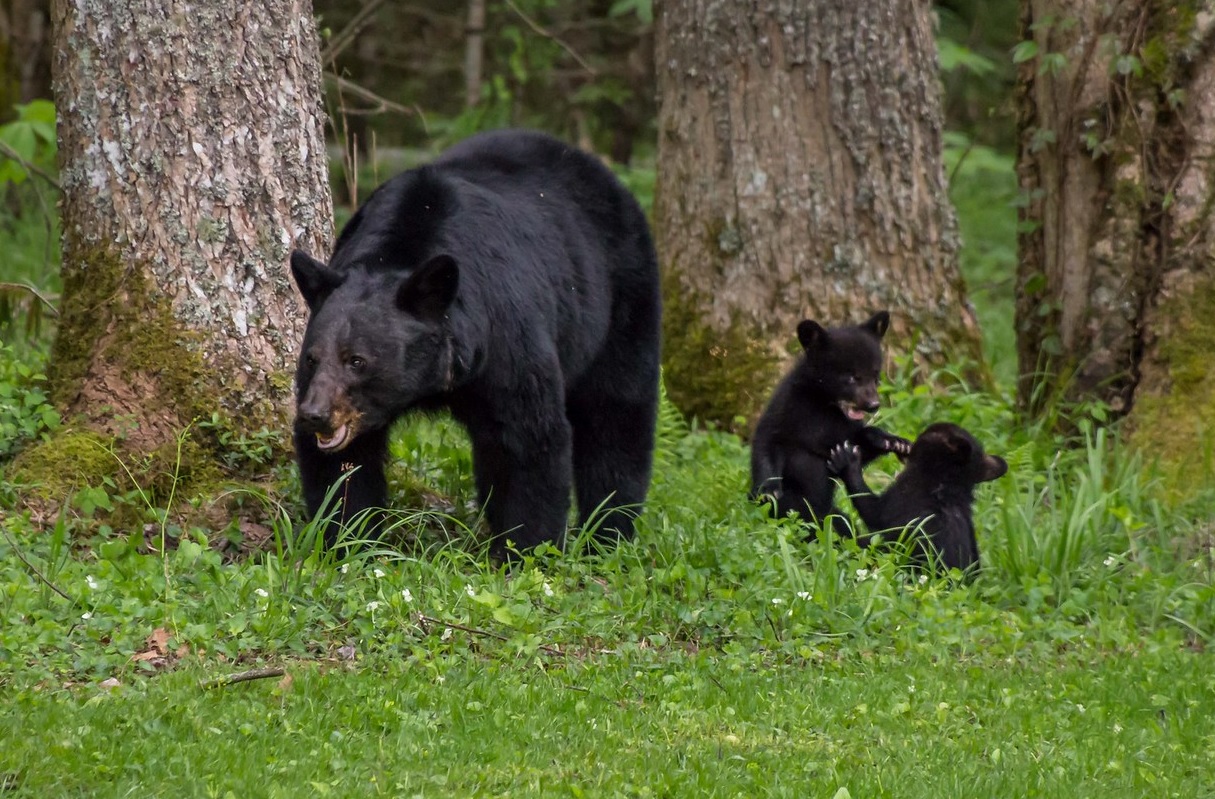 2021 has had its share of both good and bad news for wildlife. The Constitutional Court of Ecuador, for example, recently delivered a historic decision. The court ruled that the government should revoke mining permits in a protected forest, the Los Cedros Reserve, because extractive activities there violate nature’s rights. Responding to the judgment, the Global Alliance for the Rights of Nature‘s Natalia Greene said: “Today, the endangered frogs, the spectacled bears, the spider monkey, the birds, and Nature as a whole have won an unprecedented battle.”

But species living in Brazil’s Amazon rainforest were confronted with huge levels of destruction of their home in 2021. They lost the equivalent of nearly 17 New York City’s worth of habitat. The year also delivered the appalling finding that approximately a third of all shark species and their relatives now face possible extinction.

With bad news generally outweighing the good by an order of magnitude, it can be easy to get disheartened and to feel paralyzed about how to help wildlife. But a book released this year provides the perfect antidote to such anxiety. It’s a must-have for wildlife warriors.

The boy’s with the bears

Bear Boy is a memoir by Justin Barker. It chronicles his efforts as a teenager to help other animals after a book he found in a secondhand bookstore awakened him to their plight. Besides becoming vegetarian, Barker dedicated much of his time and attention to animals imprisoned in zoos. Ultimately, that led him to Ursula and Brutus, two bears trapped in a dire and perilous captive situation. Buoyed by outrage at their predicament, Barker moved heaven and earth to attempt to translocate the two bears to a better facility. The highs and lows of that struggle and how the boy’s relationship with the bears transforms his life, and the lives of the humans around him, are the focus of the book.

Bear Boy is a page-turner that explores a series of topics – people’s treatment of other animals, activism, adolescence, sexuality, family dynamics, and more – in an interlinked and engaging way. Barker’s storytelling is exquisite and about as palatable as it gets. And the story leaves a distinctly hopeful taste in one’s mouth.

Asked why he wrote the book, Barker told One Green Planet: “I started writing Bear Boy 10 years ago because a book about animal rights changed my life when I was thirteen. I wanted to pay that forward with a book for young people who either already know how powerful they are or for ones who need a nudge to discover their strength.”

He continued: “I think animal rights is a great entry point into all sorts of activism. For me, my activism started with animal rights and over time expanded into the social and environmental justice movements. My hope is that young people who read this book see that with some determination and persistence, change is possible. Plus, Brutus and Ursula’s plight perfectly highlights the struggles animals face in captivity and I wanted to write a book that inspires a new generation to take a hard look at zoos.”

Critically, the book also illustrates how important people and other animals are to each other. In a world still dominated by anthropocentrism, whereby many humans regard other animals as mere objects who only have value as per their ‘use,’ this is a refreshing and poignant aspect of the story. That the book ends with Barker whispering his thanks to Ursula and Brutus shows how central this theme of interdependence is to the book’s message.

Barker explained to One Green Planet why such relationships are important, saying: “At the end of the day, we are animals… So ultimately, how we interact with our fellow earthlings, is our relationship to ourselves. Their future is ours. The current state of things is a perfect example of this. The neglect and exploitation animals face in wet markets, in factory farms directly impacts our health. Other species extinctions are also ours. We live on an amazing planet, full of natural beauty and amazing creatures. We all have the duty, with our human intellect and talent, to protect our planet, all of the living things, and ourselves.”

Bear Boy is set in the 90s. But decades on, bears in the US are still in need of people’s assistance and advocacy. Bear hunters, for example, gun down thousands of them in the US each year. Much of this killing happens in the name of ‘sport’ and entertainment, known as trophy hunting.

The Center for Biological Diversity‘s (CBD) Sophia Ressler told One Green Planet that there are a number of issues with trophy hunting of bears. These include the welfare of the bears and the ethics of hunting methods, such as hunters baiting bears and using dogs to chase them. The time of year hunting takes place is a further problem, particularly in relation to killing bears in Spring. Ressler pointed out that Washington state has postponed its spring black bear hunt for 2022, partly due to “concerns over cub orphaning” when hunters kill the cubs’ mothers.

The state’s decision is further inspired by a lack of information on the bear population, Ressler said. She explained that most states only have “general population estimates” for bears that are “tenuous at best.” Washington state, for example, uses information provided by hunters on the bears they kill to help determine population estimates. But the state itself acknowledges that many hunters don’t comply with reporting requirements. Moreover, research the state conducted independently of hunter reporting from 2013 onwards found that in one study area “average total density estimates (including cubs) were nearly 50% lower than expected,” according to its 2020 Game Status and Trend Report. That report also noted that the state hasn’t updated its black bear management plan since the 1970s.

Considering the scale of killing in some states, it’s no wonder there are concerns over the impact of hunting on bear populations. According to Newsweek, for example, Pennsylvania has an estimated population of 20,000 black bears. In 2019, hunters killed 4,653 individuals. Then in 2020 hunters killed a further 3,608, Newsweek reported. That represents the slaughtering of between roughly 18-23% of the black bear population each year. Ressler says that research shows “the total amount of human mortality a bear population can sustain is between 4-10%.”

There’s also been a huge expansion of hunting in wildlife refuges in the US in recent years. The CBD says this is putting already endangered wildlife, including grizzly bears, at risk due to multiple factors. It has brought a lawsuit against the U.S. Fish and Wildlife Service over the situation.

Meanwhile, Montana is pushing for the lifting of Endangered Species Act (ESA) protections for grizzly bears in the state. This would allow hunters to target the bears for the first time in decades. Hunters contributed to reducing grizzly populations down to less than 1,000 in the 1970s, before the government gave them ESA protections. Commenting on Montana’s push for a change in the species’ protections, Ressler said that now grizzly populations are rebounding somewhat, the state: “intends to revert to past mistakes just so that people can mount a grizzly head on their wall or put a bear skin rug on their floor. It’s disgusting that we can’t learn from our past and instead have a constant need to assert dominance over the environment.” She added that “Grizzlies are an apex predator with an immense impact on their ecosystems. Hunting them is not only unnecessary, but very unwise.”

Elsewhere in the world, bears suffer too. People keep them in captivity, crammed into tiny cages, in order to extract bile from their gallbladders. As Animals Asia explains, people have long used bear bile as an ingredient in traditional Asian medicine for gall bladder and liver conditions. It says all of the methods for extracting bile cause “unimaginable physical and psychological suffering and long-term health problems.”

Some Asian countries have made moves to curb the practice. As World Animal Protection (WAP) explained to One Green Planet, for example, Vietnam outlawed bear bile farming in 2005. But farmers can legally keep the bears they already have as ‘pets,’ the charity said. It described this as “a loophole” that can provide cover for illegal bile production. WAP asserts that as many as 24,000 bears in Asia “are exploited for their bile.”

A recent study focused on Vietnam suggests that bear bile is falling out of favor with consumers, however, particularly with the rise of synthetic alternatives. These factors combined – country-led efforts, advocacy and education by NGOs, and changing consumer choices – are bringing relief for some bears who have been trapped in the industry.

WAP says that there are now less than 345 bears on farms in Vietnam, a reduction of 90% from 2005. Recently, it partnered with Education for Nature Vietnam, Four Paws, and local authorities in Son La province to relocate a captive Asiatic bear named Tu Do from a farm to a sanctuary. Barbara van Genne, who’s responsible for Wild Animal Rescue & Advocacy at Four Paws, said: “The rescue went well and Tu Do arrived safely at our bear sanctuary Ninh Binh. She was calm, friendly, and curious. The health check revealed she has gallstones, liver and dental disease, which our expert team will now treat accordingly as her rehabilitation to a better life begins. Tu Do joins the 39 current other residents of our sanctuary. If she shows interest in potential companions, we will try socialising her with them in the future. Tu Do will now live the life she deserves.”

Stand with the bears

Of course, zoos and circuses around the world also continue to keep bears in captivity. Bears in captivity can rarely express their natural behaviors, such as hibernating or roaming for food. This can contribute to stress-related behaviors like biting the bars of their cages, pacing, swaying, and self-mutilation. Some progress has been made to limit the suffering of bears for entertainment in certain countries. But countless bears remain trapped in unnatural circumstances, robbed of their freedom, and unable to perform the key role they play in ecosystems.

In short, bears – and all other animals – still very much need people fighting in their corner. Bear Boy illustrates well that such efforts can be successful – and transformational for both the humans and other animals involved.