From Frat House Mascot to Thriving at a Sanctuary: The Journey of Maxie the Goat 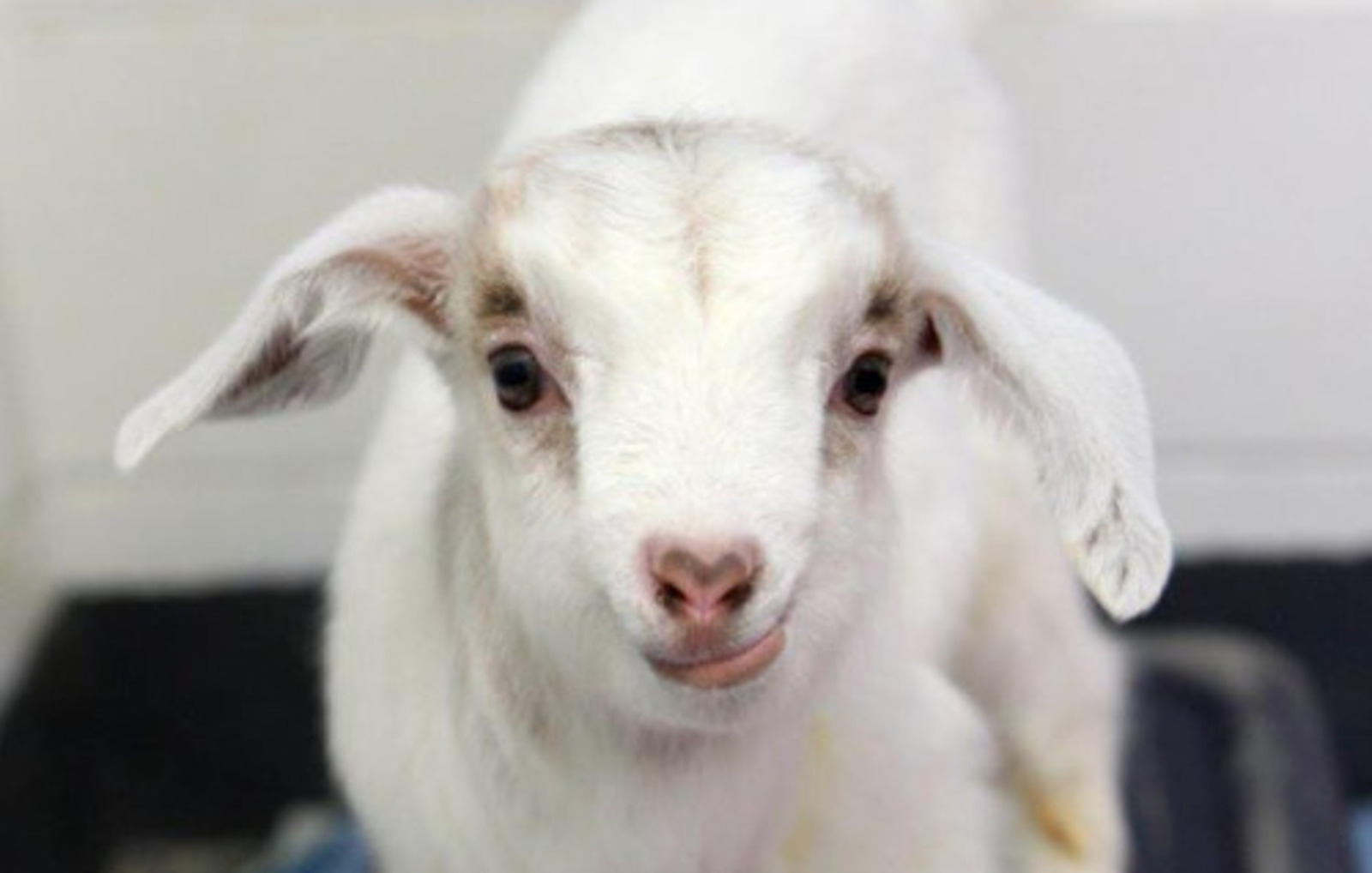 Three years ago, the Tompkins County SPCA was contacted by the house manager of a fraternity whose members had purchased this tiny goat baby; he was concerned for the kid’s future. Baby goats need bottle-feeding, warmth, and constant care.

They also need plenty of sleep, and frat parties and frat houses are no place for little baby goats (or any baby). So thankfully, the SPCA agreed to help, and thanks to enforcement of zoning laws, Maxie could be picked up and brought to our New York Shelter. 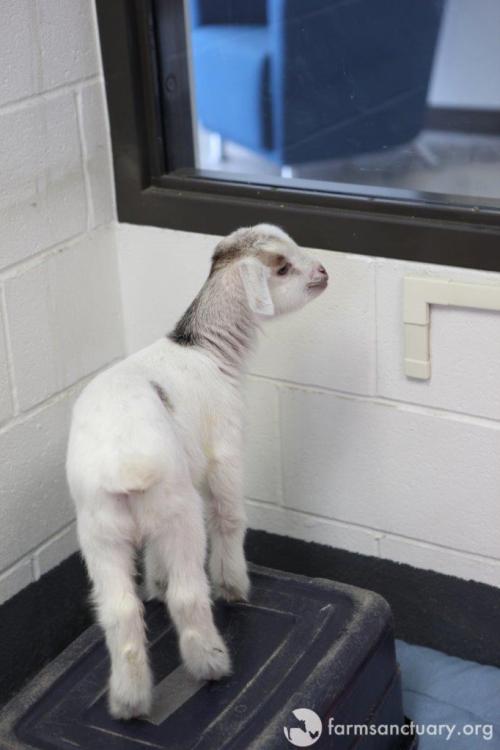 No friends yet, but this tiny stuffed pig will due for right now.

She was not being abused, but again, she was not being seen for who she was: a newborn baby who needed a suitable home and place to grow up. And Maxie did need care. Arriving with pneumonia, she needed treatment (which of course she got). She also needed more feedings than she had been receiving in order to gain some weight. She immediately fell in love with all of her caregivers and spent hours playing with them.

She spent hours playing with her caregivers, that is, until she got the dream of all baby goats: a family. Goats are herd animals and feel far safer in a group of their own people — and the group Maxie was introduced to included two kids, just born at the sanctuary and only a few weeks younger than she was.

Delilah and her two daughters move into the next pen and life changes for the better. 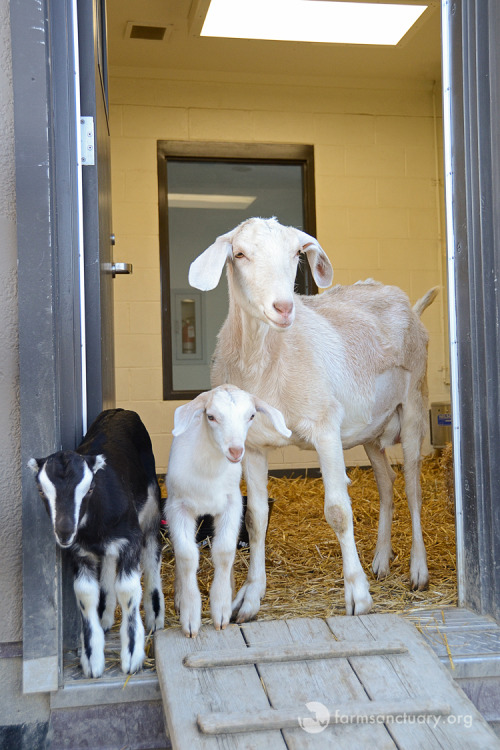 And they had a beautiful mom, Delilah, who acted like she was also Maxie’s mom and accepted the tiny orphan as her own.

The girls. Maxie, Ingrid, and Marilyn bask in the sun and in the warmth of their new friendship and family. But unlike the other two kids (Ingrid and Marilyn), Maxie kept her independent streak and her loving, brave, and gregarious personality. She was raised at first by humans, you see, and she met so many other species early on during her walks around the farm as a tiny baby. She shied away from nothing — any newcomer was her friend. 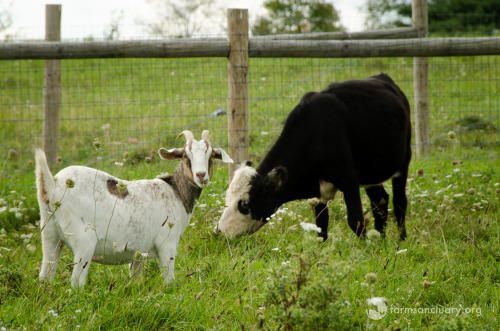 She also is known for her huge smile and her in-your-face attitude — her moxie. 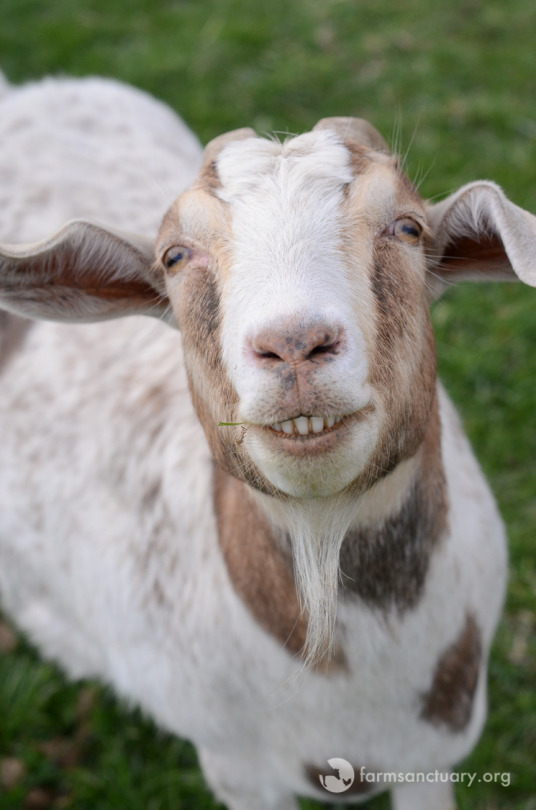 She has always been vocal, and if you call her, she immediately calls back with a “ga ga ga” sound to ensure that you know she heard you. Usually when she hears people she knows, her head is out of the gate and she is calling to her human friends. 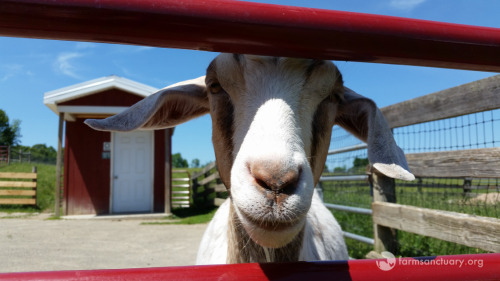 She has kept her best friends, but added another super-special goat, Nancy, to her inner circle. She loves her herd and spends all her time with them, but still comes running when she hears her name. We hope she will always be the silly clown, lover of life, and the goat with all the moxie — our beautiful girl Maxie.