Artist Documents the Tragic Story of Horses in the U.S. Through Stunning Photographs 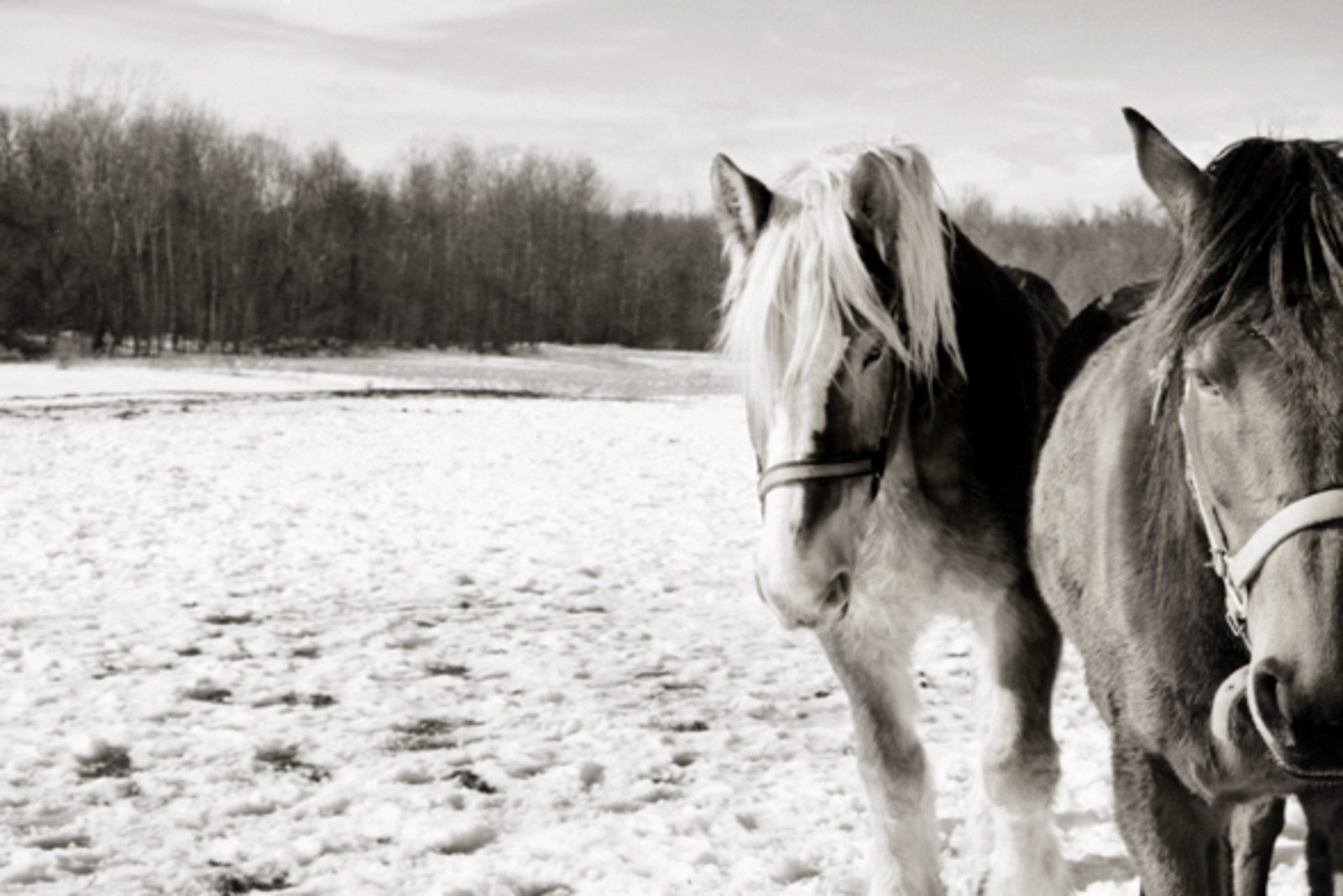 The American mustang is the iconic symbol of the West. Yet, every year thousands of wild horses and burros are being rounded up and sentenced to a life in holding facilities operated by the Bureau of Land Management until the day they are sent to auction and sold to the highest bidder. The Wild and Free-Roaming Horses and Burros Act of 1971, was created to ensure the protection of wild horses, however, due to an increase in cattle interests on the horse’s native range, their allotted territory decreases every year.

The plight of the wild horse goes largely unnoticed by the American public, but the rate at which these animals are disappearing from the wild is alarming to say the least. Christy Whitney, the founder of the Unwanted Project, a collaborative that creates awareness for the wild horse and raises funds for their rescue, explains that there are only around 20,000 wild horses left roaming free in the U.S. The Bureau of Land Management believes the wild horse population needs to be “controlled,” because they compete for grazing land with cattle being raised for the beef industry. Wild horses aren’t the only horses who are being marginalized in the U.S., thousands of horses are bred for the pharmaceutical industry are discarded as well as domesticated horses who’s guardians no longer want to care for them.

After learning that nearly 150,000 horses are sent to slaughter in the U.S. every year, Whitney decided she would not allow the horses’ story to go untold, but would lend her own voice to help raise awareness and inspire others to act in their defense.

When Christy Whitney first came across a group of horses at Cracker Box Palace Animal Haven in New York, the immediate connection she felt would change her perspective of horses forever. Whitney had always considered herself an animal lover, but coming across this particular group of horses standing in the middle of a snow-covered field is an experience she describes as meditative. In fact, it was this encounter that first inspired what would become the Unwanted Project. This project is an ongoing documentary photography project that combines documentary stills and fine art. The documentary stills tell the story, and the fine art aspect comes in the form of prints and abstracts. One of the newest “abstracts” Whitney has added to the collection is a series of scarves.

Of her inspiration to start this project, Whitney explains,”Horses are beautiful creatures and being close to them is such a healing and transcendental experience, that fifty percent of doing this project is fueled by them.”  The other fifty percent came in the form of a conversation she had with the owner of Cracker Box. 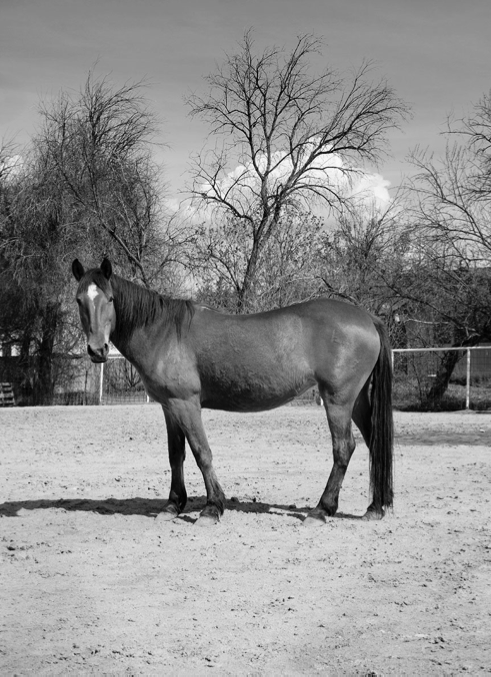 “I learned that approximately 150,000 American horses are sent to slaughter every year … and the slaughter is horrific. It’s not quick or gentle,” explains Whitney. “After becoming informed, I couldn’t turn a blind eye. This cause had tied my heartstrings up in knots. And armed with a camera, I knew I could make a difference.” 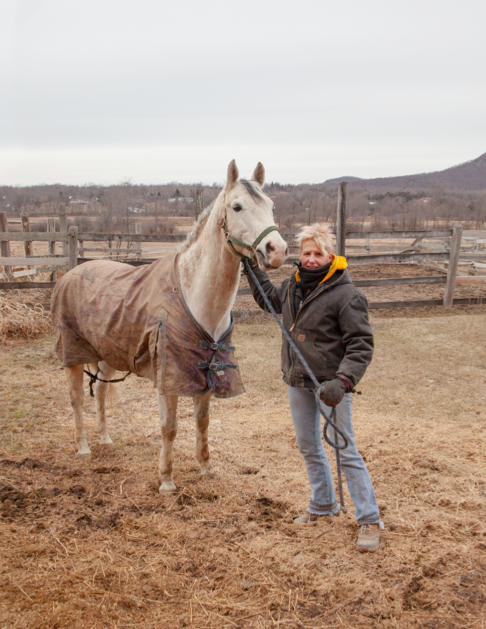 Starting with the horses at Cracker Box, Whitney began to document the stories of these horses. All of the horses have come to the sanctuary because they were no longer wanted or valued by their previous owners. Some of the horses were domesticated and abandoned by their owners but many were the product of the pharmaceutical industry who had been bred to produce Premarin. 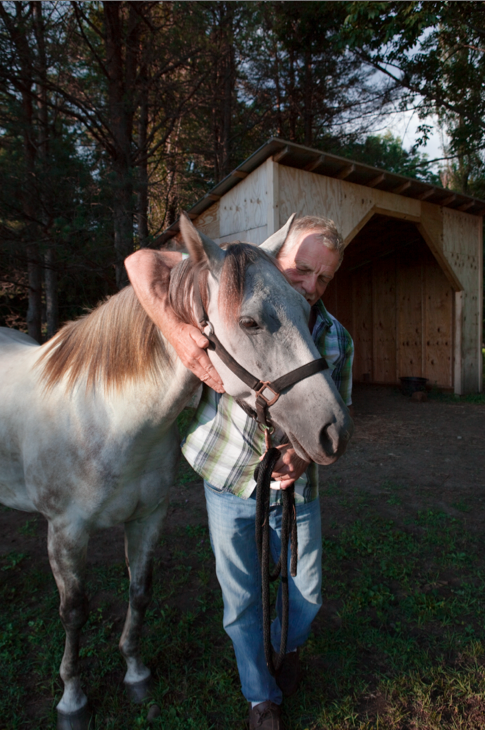 The horses at Cracker Box were lucky to have been rescued, but this is hardly the case for the majority of horses in their situation. When they are no longer deemed valuable, many horses are sent to auction. Sadly, while buyers will pose as if they wish to purchase the horse to care for it, the reality is most sell the horses to slaughterhouses. Similarly, the Bureau of Land Management does not have the means to care for the thousands of horses they routinely roundup, so these animals are also sent to auction and ultimately to slaughter. 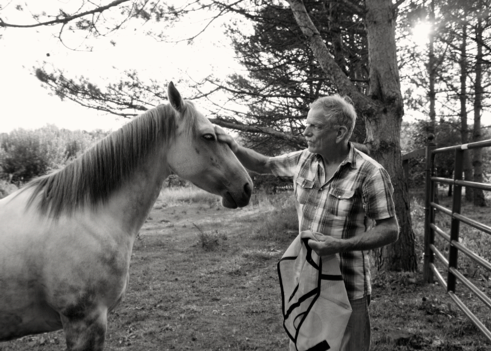 “I decided on the name Unwanted for the photography project for more than just the obvious reason that these horses were once ‘unwanted,’ explains Whitney, :It’s a bit of a play on words. The name is contrary to the general populations feeling about horses. The vast majority of us find them to be extremely desirable animals. We use them as a symbol of strength, beauty, and sexuality. Yet, the hard truth is that there are tens of thousands that are unwanted, and silently sent to slaughter every year.” 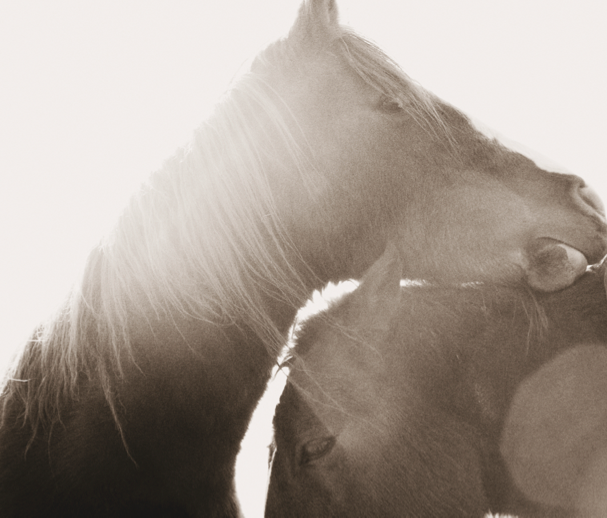 After Cracker Box, Whitney began searching for other horse rescues and set out to photograph and tell the stories of other horses who had been abandoned. The photos and stories Whitney has collected have become the Unwanted Project. Exhibiting her work and sharing what she has learned, the project aims to inspire other to become guardians for America’s forgotten horses. 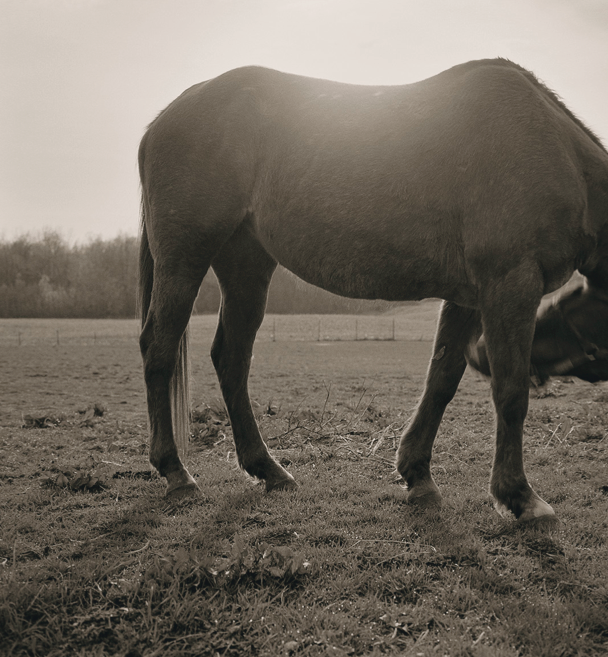 “Photography is an incredibly powerful storytelling platform. It’s not a direct link to understanding animals, but it breaths life and connection into the viewer bringing them closer to the natural world through texture, light, and gesture. Capturing an animal during a moment of human expression could be profound for the observer because it offers a way to relate to them. It’s a motivator that hopefully moves them to go seek out their own experience.” 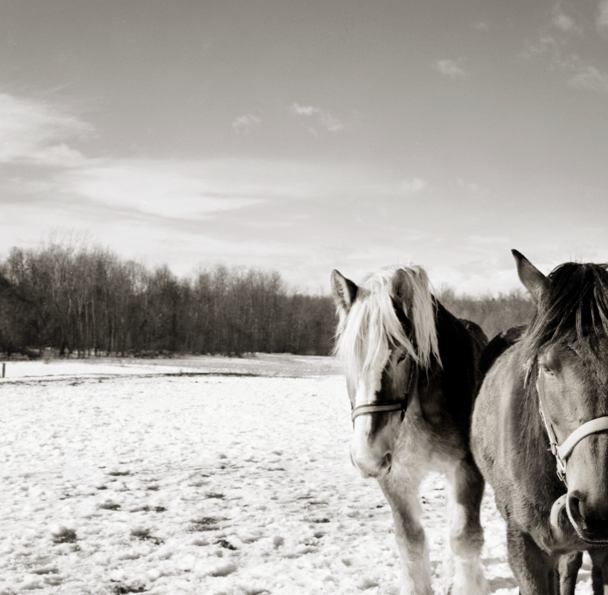 Whitney has also begun to produce wearable artwork in the form of scarves imprinted with the images from the Unwanted Project. The line is named “pAra,” after the sanskrit word for “guardian.” Being able to wear the stories of these horses is a way to spark conversation and spread awareness in a way that empowers the everyday person to be a guardian for these animals. 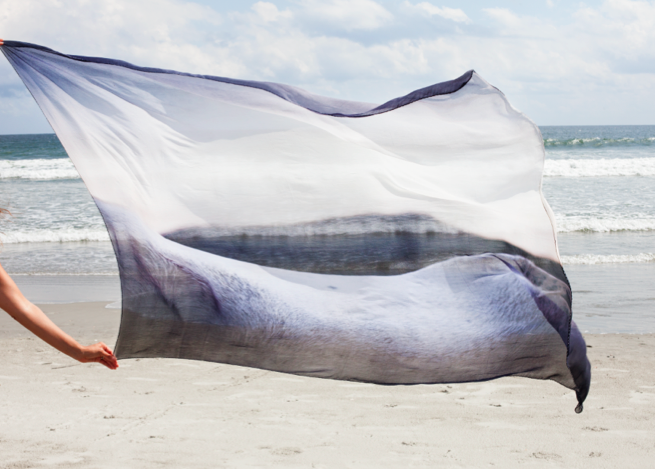 “I believe that we have a moral obligation to act as guardians of animals,” Whitney tells One Green Planet, “Giving ourselves the role of ‘guardian,’ rather than an ‘owner’ is key to uniting us together as a whole healthy and rich world.”

Part of the profits from the sale of the prints and scarves go back to the rescue organization that Whitney works with. The ultimate goal for Whitney is to generate enough funding to actively support horse rescues and recovery by opening an Equine Therapy Clinic in the TriState area.

The photographs and scarves that Whitney has created are a powerful tool to raise awareness for the thousands of horses that are killed because they are of no “value” to people. These animals have served humans in many ways, be it as an iconic symbol, a riding companion, or the role they play in the production of pharmaceuticals. We owe it to theses horses to serve them rather than sell them for slaughter.

One day Whitney hopes to turn these stills into a full-length documentary that educates the public, but that is still far off in the future. For now, Whitney tells One Green Planet, “I hope that [the Unwanted Project] sparks conversations about the plight of American horses and moves viewers to support their local farms and rescues, try out equine therapy instead of a pharmaceutical drug, and ultimately reconnect with their natural world.”

To learn more about the Unwanted Project, check out the website. You can purchase scarves and prints to support the project by clicking here.