Animals That Nearly Drowned in Zoo Flood Back in Captivity, Just in New Cages 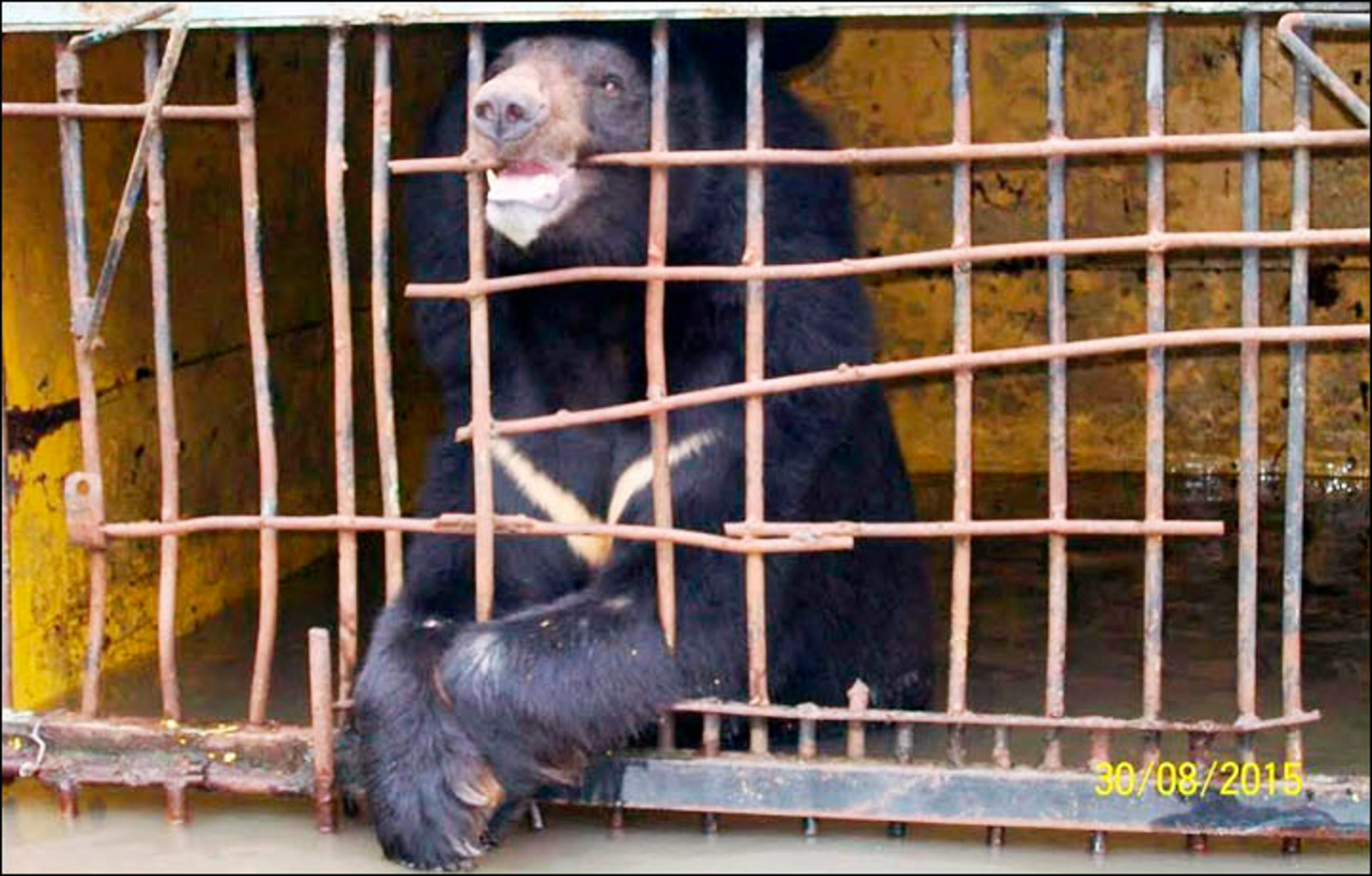 Earlier this year, parts of eastern Russia were hit by heavy flooding, which devastated the lives of humans and animals alike. The Zelyony Ostrov Park Zoo was hit badly by the rainwater, and a catastrophic series of events unravelled. Bears, wolves, and other animals were trapped in their cages as floodwaters began to rise, and those that didn’t drown behind bars were forced to stand and hold their heads above water for hours at a time. Zookeepers shared that the animals were “crying out for help” from their prisons, begging for someone to rescue them, as their cage-mates succumbed to the rising waters.

A bear was trapped in her cage as the water rose. 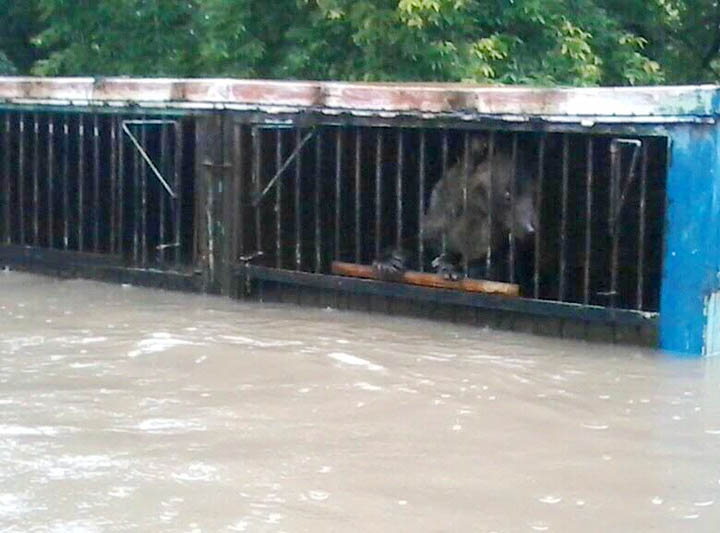 The Zelyony Ostrov Park Zoo was not prepared for such a disaster, despite having been hit by flooding in the past. Many of the doors were situated underneath the water level, making it impossible to set the animals free, according to the Siberian Times.

Bears, wolves, and other animals stranded in cages at Zelyony Ostrov Park Zoo were fed loaves of white bread just to keep them alive, despite this being a far cry from their normal diets, and were given vodka (WTH?!?) in a poor attempt to keep them warm until they could be rescued. Zelyony Ostrov Park wasn’t the only zoo that didn’t prepare safety evacuations for its animals ahead of the flood. At another zoo in Borissovka, 27 animals drowned while locked in their cages.

Several wolves, bobcats, a lion, and a visitors’ favorite a friendly bear named Masyanya, the youngest of the zoo’s bears all drowned. 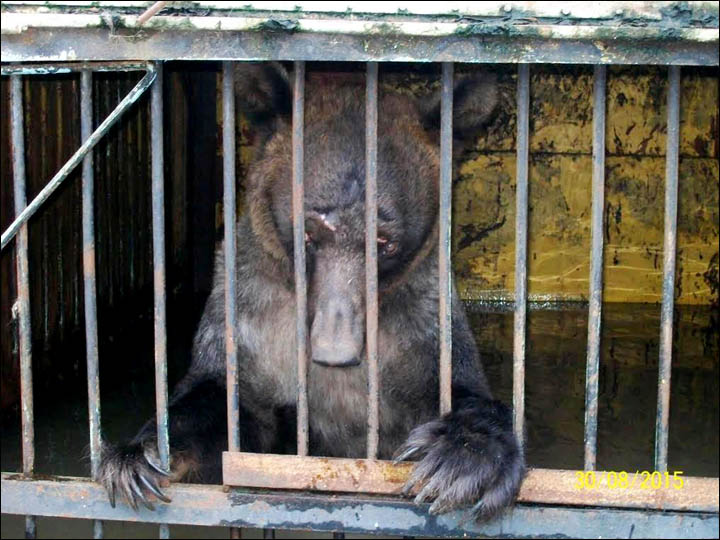 Even before the flood, the animals at the Zelyonk Ostrov Park Zoo lived in poor conditions. “The deaths of the animals could have been avoided if the former management of the zoo had taken greater care over the safety of their animals” Alexander Solovyov, the head of the Far Eastern Regional Emergency Centre, who led the extensive rescue operation said.

Life in zoos is generally not easy on wild animals, even if they haven’t been through what the animals at the Zelyonk Zoo experienced. Psychological stress from living in a confined space outside of their natural habitats can lead to zoochosis. Signs can include self-mutilation, vomiting, excessive grooming, coprophagia (consuming excrement), along with anxious tics that we might see in distressed humans such as rocking or swaying, excessively pacing back and forth, random biting, and twisting or nodding of the neck and head. None of these traits are common of healthy and happy animals of any species in the wild.

However, instead of retiring these animals to sanctuaries where they can live free after experiencing such trauma, the animals have now been placed back in captivity – just in a shinier, new zoo. As of last month, 13 bears and a lion called Grey were placed in their new homes in an enclosure in a city park in Ussuriysk, located in the Russian Far East. According to photos in the Siberian Times of the new enclosures, the animals are in small enclosures with few items of stimulation. Most of the cages appear to have just hay on the metal surface beneath them.

A surviving bear looks out from his cage after the flood. 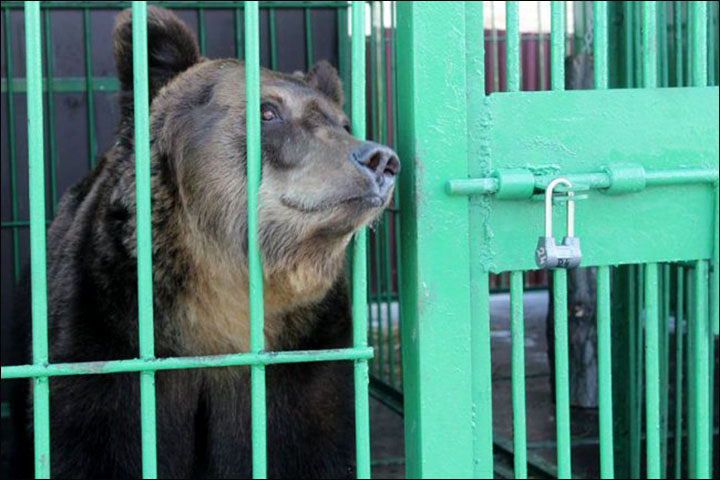 Too often zoos all over the world see animals not as commodities, but as they really are: living beings who are victims of an industry that cares more about the happiness of spectators and the success of the franchise than the well-being of the animal who has been forced, into a captive life. With so many ethical alternatives to zoos, such as visiting a reputable sanctuary or refuge for animals, there is no reason to continue to support them. The reason zoos such as Zelyony Ostrov Park have been able to exist in the first place is because of ticket sales. Without financial support, these parks would not be able to continue. Share this article and help spread the word that life in a zoo is no life at all.