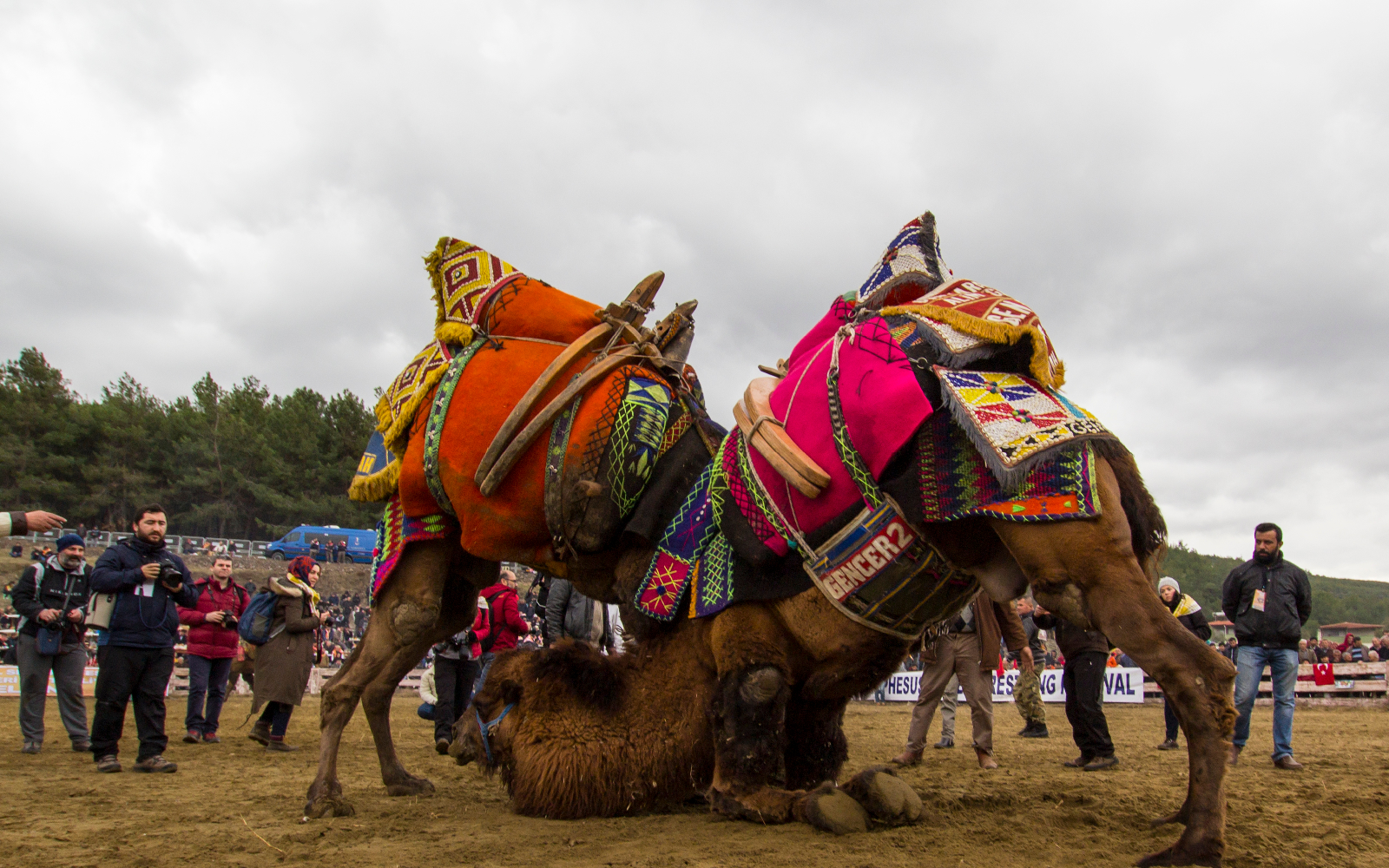 Animal rights activists are speaking out against the annual International Camel Wrestling Festival. The festival attracts thousands of people each year, who travel to the festival to watch male camels fight to the finish. Spectators eat camel meat as they watch the fighting happen.

This year, it was held in Selcuk in Western Turkey and received criticism from activists around the world who claim the animals are abused and injured as a result of the event.

On Sunday, January 16th, over 150 camels were prepared with sporting saddles, decorative cloths, and muzzles. Two at a time, they were forced into an arena and let loose to fight one another. Bystanders and referees watched closely to see which camel would win and to help prevent serious injuries if needed.

While many people are comparing the “tradition” to dogfighting, bear fighting, and other forms of animal cruelty, locals and those in support of the festival claim it’s no different than when male camels fight in the wild to win a mate.

Gulgun Hamamcioglu with the Animal Rights Federation (HAYTAP) claims that encouraging animals to fight one another is a “big crime,” according to Reuters.

She said to the outlet, “You see an animal, a live being, fight in front of you and it is suffering, is wounded and maybe they kill each other. People enjoy this and maybe make a financial profit.”

While it’s rare that camels do kill each other in the festival (there are people who separate them if it becomes too violent), injuries are a possibility and it’s quite clearly animal exploitation.

Some people claim they participate in the event because they love camels so much, but critics have pointed out that they wouldn’t subject their animals to such a stressful event if they truly cared for the well-being of the camels.

Sign this petition to say no to camel fighting!