Do Growing Concerns Over the Human Impact of Eating Dog Meat Spell the End of This Practice? 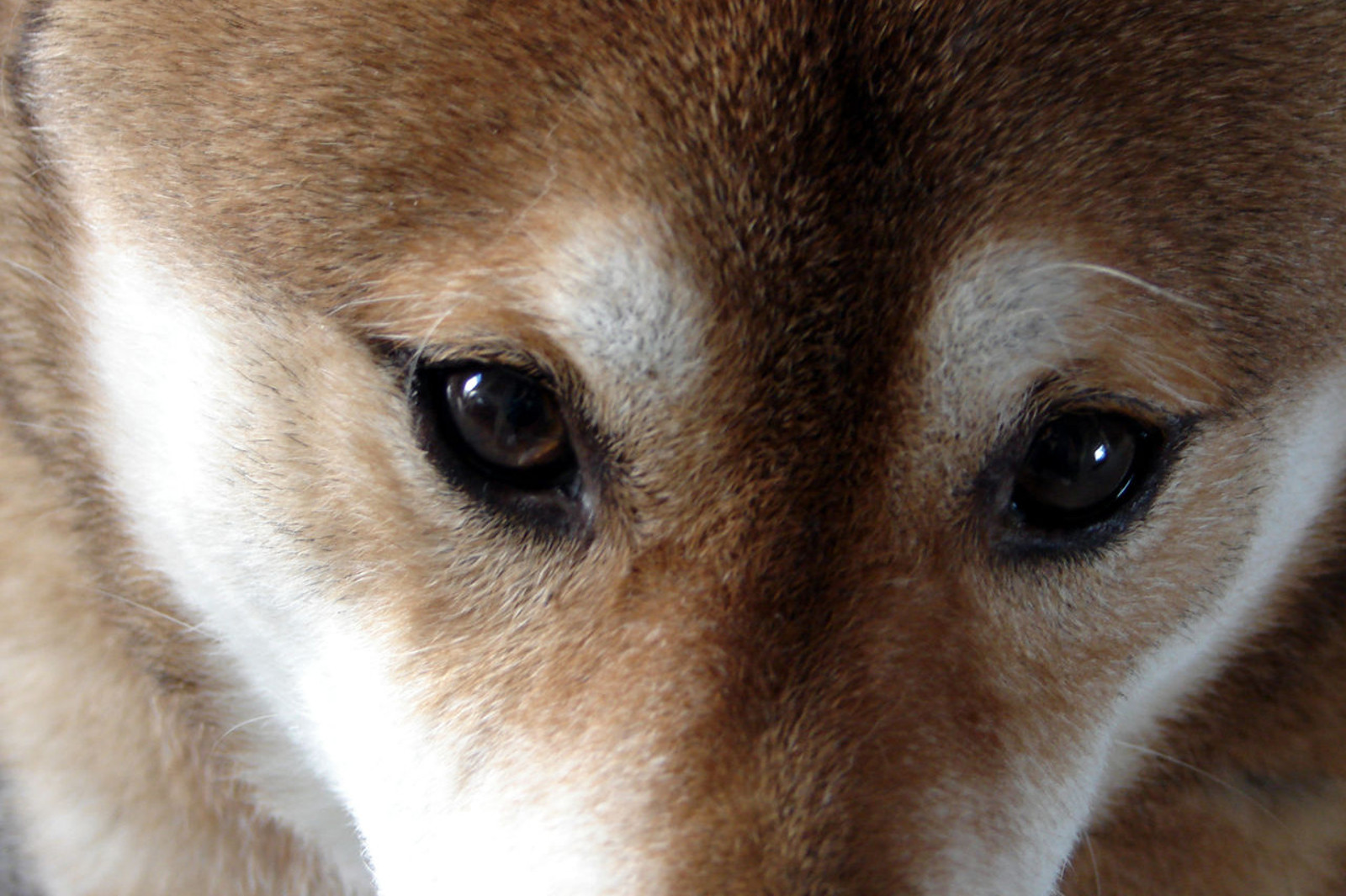 The dog meat trade is arguably one of the most severe companion animal welfare concerns in Asia, affecting an estimated 20 million animals each year. There is plenty of evidence from throughout the region of severe animal cruelty and suffering at all stages of the dog meat trade – from production, trade, sale, and slaughter. However, what is making the headlines more recently, are the significant human health and societal impacts associated with the trade, and these are becoming of ever-growing concern.

“If there were a dog meat trade in the UK, all eight million of our best friends would be eaten in a matter of three months. There would no longer be any dogs left. That’s how big the dog meat trade is in Asia”- Peter Egan

A Medicine, Custom, and Dietary Tradition

Motivations for dog meat consumption vary from country to country and between provinces and regions. But dog meat – and their associated products, such as “tonics” – have always had links with medicine, customs and dietary traditions. For example, a number of classical Eastern medical texts dating back centuries recommend dog meat to “fortify the spirit, warm the body, and aid in recovery from illness,” and still today, dog eating is widely believed to be good for health, recommended by traditional Korean and Chinese medicine practitioners.

Dog meat is also often associated with customs and dietary traditions. For example, in China and Vietnam dog meat is believed to have “warming effects” and is most popular in winter months. In South Korea, dog meat is more popular in summer months particularly during the boknal or “bok” days – the three hottest days of the lunar calendar – when dog meat soup (“bosintang”) is favored. Whilst no one really knows when people began to eat dog meat in Vietnam, according to folklore, the consumption of dog meat started with dogs being offered as sacrifices in ceremonies. It is now a well-known superstition that dog meat consumption at the end of the lunar month will bring good luck and restaurants which mainly exist to serve dog meat may only open for the last half of the lunar month.

Where Are All the Dogs Coming From?

South Korea is unique in that it is the only country in the world known to intensively farm dogs for human consumption. Many of the farms – of which there are thousands throughout the peninsula – can house over 1,000 dogs.

In countries such as Vietnam and China, there are no known large-scale dog farms; rather the animals are either taken from the streets, imported from other countries, abandoned pets or are stolen from people’s properties. Dog traders go from village to village by motorbike to collect the dogs and then deliver them to restaurants or holding villages.

A Threat to Human Health

The dog meat trade is the only trade known to encourage the mass unregulated movement, sale and slaughter of millions of dogs of unknown disease status each year, posing a significant human health risk through the potential transmission of animal borne diseases, notably rabies, but also cholera and other deadly diseases.  There is mounting qualitative and quantitative evidence of the role the trade in dogs destined for human consumption plays in rabies transmission as it encourages the mass movement of dogs of unknown disease and vaccination status to be transported long distances, between provinces and across international borders, increasing the risk of the spread of the disease plus infection to handlers who are at a high risk of being bitten and scratched. Such mass and unregulated movements of dogs are in contravention to recommendations and guidelines by leading human and animal health experts, including the World Health Organization (WHO).

Furthermore, studies have revealed a high positive incidence of rabies-infected dogs in restaurants, slaughterhouses, and markets throughout the region, proving that rabies-positive dogs are being traded and slaughtered. Rabies transmission to those involved in dog slaughter and butchery has been reported in the Philippines, China and Vietnam, demonstrating that the “meat dog” population and workers in the industry are high risk populations for rabies.

In addition to the animal welfare and human health risks associated with the trade, we are seeing ever more examples of the societal impact the trade is having.

For example, in Vietnam, as is common in China, the majority of dogs are stolen from owners or picked up as unowned roaming dogs. It is clear that an increasing proportion of dogs are stolen pets, and this is becoming an ever-greater societal issue in Vietnam where the growing pet-owning and dog-loving population is becoming increasingly frustrated with the lack of laws to protect their animals. Dog thieves have become a hated menace in Vietnam. Dog-snatching gangs, hired by dog butchers to supply cheap dogs, target all dog owners –urban and rural. They’re increasingly bold and armed with machetes and tasers, confronting dog owners with a horrible choice: “back down or fight back.”

This increase in illegal and violent activity with inadequate laws or enforcement to protect people’s “property” has resulted in unprecedented vigilante behavior, with villagers now taking the law into their own hands. There are ever-growing reports on dog thieves being seriously injured and even killed by furious villagers and social media in Vietnam have been flooded with clips of vigilante attacks against dog thieves.

The Nhi Trung killings in the summer of 2012 where two dog thieves were beaten to death were among the first in a nationwide wave of vigilante beatings. Since then, more than 25 mob attacks on dog thieves have killed at least 20 and caused an untold number of severe injuries.

National and international media is now reporting on these stories and the image of Vietnam being portrayed as a nation of dog eaters is being replaced with one of dog lovers.

Perhaps one of the best-known stories or rather images of this year is that of a five-year old girl.  The photo shows a young girl crouching next to a prepared dog carcass crying. According to reports, the girl was walking through a market when she saw the dog’s body and immediately identified or perceived it to be her missing and beloved pet. Stories like this – amongst countless others – have outraged Vietnam’s ever-growing dog-owning and loving population, further fueling the divide between opponents and proponents of dog meat consumption.

Why There is Hope…

Wherever dog meat is popular, it is a contentious and divisive issue, with governments often left caught in between the demands of those defending dog meat as a personal choice or “traditional food” and the ever-growing animal protection movement throughout the region. However, there is growing and increasingly vocal opposition to the dog meat trade, particularly among younger generations who are appalled that this cruelty still takes place in their countries.

While to date, no country has officially legalized or regulated the trade in dogs and cats for food, there is a growing number of Asian countries and territories that have banned the slaughtering and the sale of dogs – and cats – for human consumption by taking various legal approaches.

For example, in Taiwan, dog and cat meat was banned in 2001 by amending the existing Animal Protection Act of 1993. It defined all dogs and cats as pets and banned the killing of a pet for meat or the selling of its meat. Specifically, it defined the term “pet” as “a dog, a cat, or other animal that is fed or kept for the purposes of pleasure and companionship.”

Most recently in Thailand, where an estimated 100,000 dogs each year were being exported to supply Vietnam’s dog market up until recently, the slaughtering and consumption of dogs was made illegal at the end of last year, by prohibiting the killing and consumption of animals that are not usually considered part of the “human food chain.”

And just last month, Vietnam’s National Assembly debated the country’s first-ever animal protection regulations that could have impacts on the dog meat trade, and help to safeguard many species of animals from abusive practices.

However, for many countries, dog meat remains in a legal “blind spot” and the controversy continues…

We campaign for an outright ban on the production and consumption of dog meat because regulating its production would mean endorsing the systematic cruelty and illegal and violent activities inherent in this trade.

“Think occasionally of the suffering of which you spare yourself the sight”. ~Albert Schweitzer