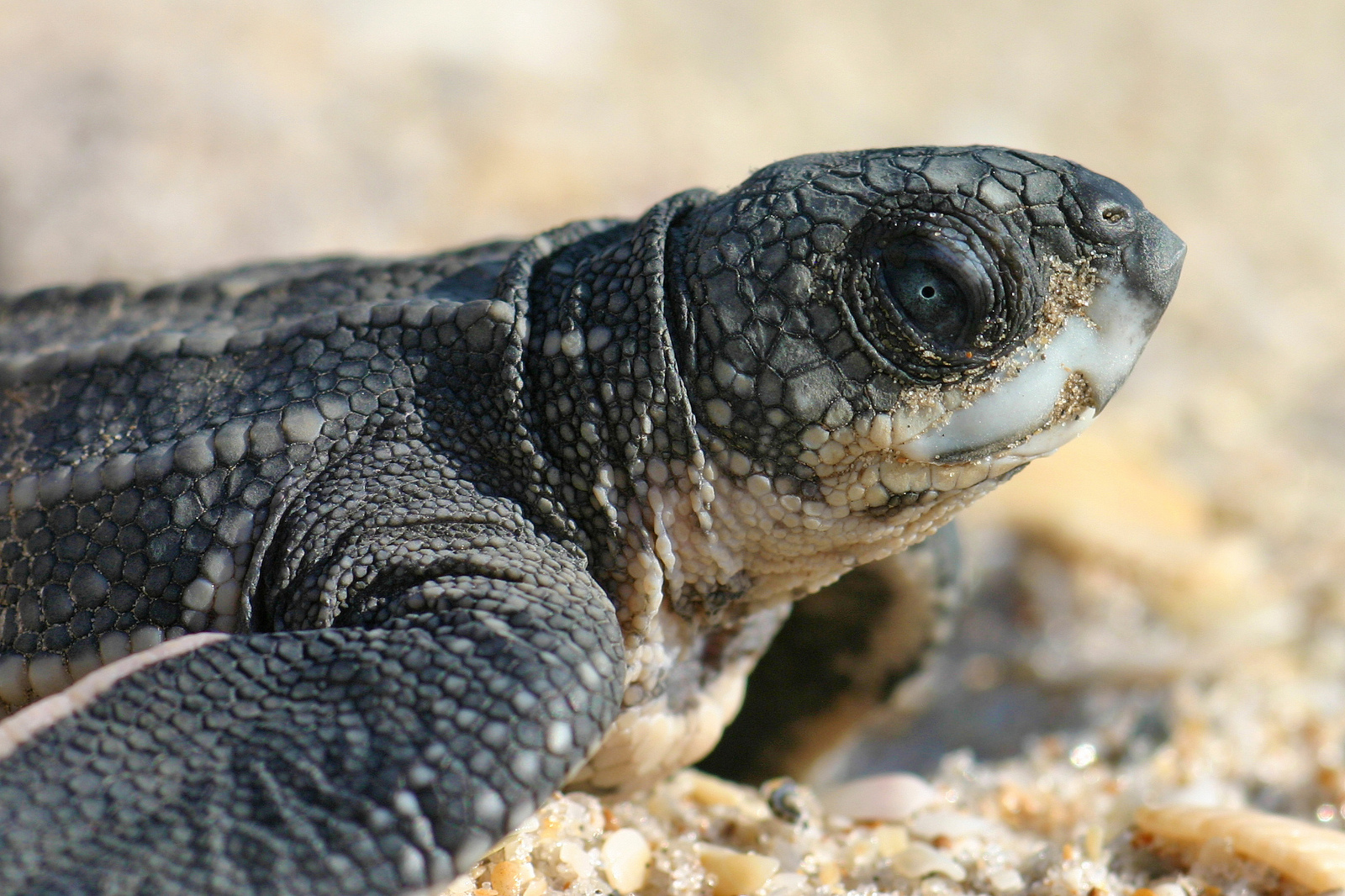 Shortly after darkness began to fall on the night of June 4th, Sea Shepherd volunteers were preparing to begin their nightly beach patrol. Ground leader Brett Bradley was advised that a large endangered leatherback turtle was digging a nest near the front gate of the encampment, looking for a place to safely bury her eggs. Brett was also alerted that a man was loitering nearby, very closely watching the vulnerable nesting turtle and likely waiting to steal her freshly laid eggs.

Brett grabbed his camera and immediately went out to investigate, catching the poacher red-handed with his arm inside the nest, removing the turtle eggs as they were being laid. 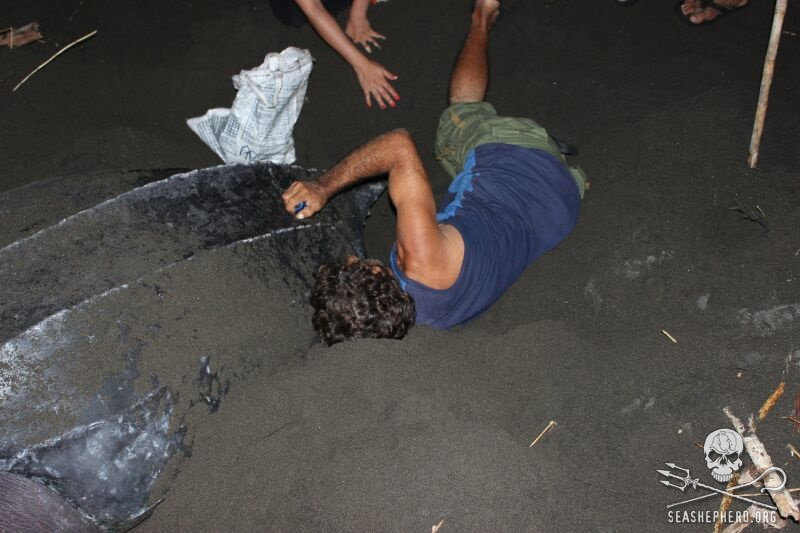 As soon as the team of Sea Shepherd volunteers arrived and began documenting the incident with photography and taking a description of the male poacher, he grabbed his sack containing approximately 20-25 eggs and fled into the nearby woods.

The mother turtle was now shaken by all of the commotion and the lights and temporarily stopped laying her eggs. Meanwhile, more poachers had arrived and were circling like vultures, looking for an opportunity to steal the remaining eggs.

Hope for the Hatchlings 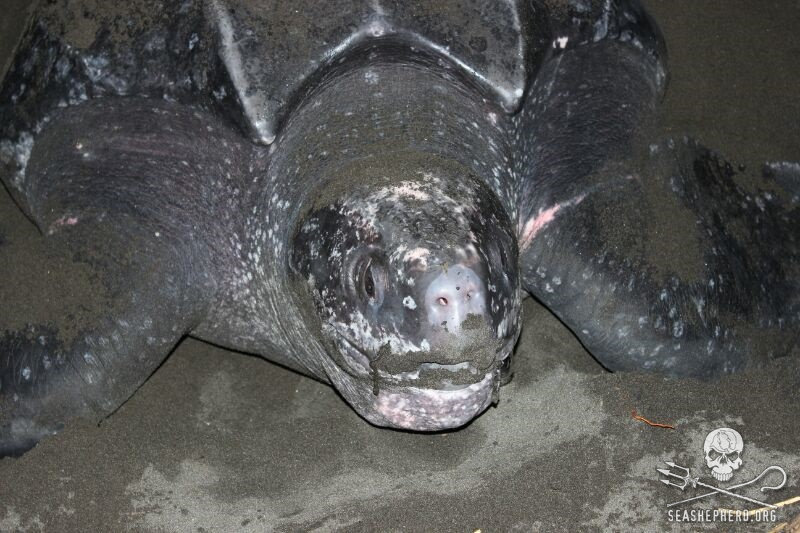 Sea Shepherd volunteers encircled the female turtle, standing guard as a protective human barrier between her and the deadly poachers.

The mother eventually began to lay her eggs once again. Sea Shepherd volunteers continued to watch as she finished and returned safely to the sea. Volunteers then recovered the remaining eggs from the nest and relocated them to a nearby hatchery, where they will be continuously guarded until the hatchlings emerge and can be released safely into the ocean.

In total, 72 eggs were recovered, 71 of which were fertile unbroken eggs. Because an average of one in 1,000 sea turtle hatchlings will survive to adulthood, these 71 eggs represent a desperately needed fighting chance at survival for these endangered ocean animals.