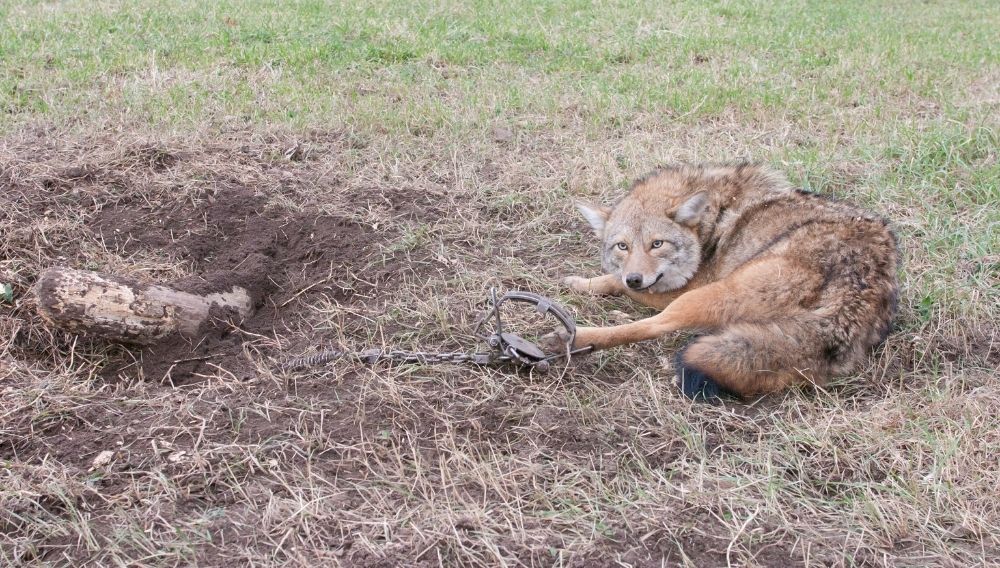 Global animal welfare and conservation nonprofit, Born Free USA, has released a damning new report entitled Crushing Cruelty: Animal Trapping in the United States. The report updates work carried out in 2017 and is the result of extensive research into the regulatory landscape of trapping on a state-by-state basis. This research informed the production of state report cards that highlight the strengths and weaknesses of each state’s legal position on trapping and scored them all out of 100. Disappointingly, not a single state in the country got full marks.

While California and Hawaii scored significantly higher than all other states due to their bans on commercial and recreational trapping within their boundaries, both states still allow trapping for other purposes and by government agents. In California, such trapping is even permitted within ten national wildlife refuges – places where animals should be safe from harm.

Trapping for Fun and Profit Widespread Across the Country

With the exception of California and Hawaii, all states allow trapping by private citizens for recreational and commercial purposes and have some form of licensing regime in place with regard to trapping. However, not all trapping activities require a license. For example, in Alabama, the trapping of fur-bearing animals for commercial purposes requires a license, but other kinds of trapping, such as recreational trapping, do not. Whether or not a license is required when trapping on private land differs from state to state and is contingent on the species of animal being trapped.

The Worst Offenders Do Not Even Score Double Figures

At the opposite end of the scale to the high scorers, we find Maine and Texas, which both scored a terrible 6/100. Maine is the only state that still allows bear trapping. While the lowest scores barely registered on the 100-point scale, the majority of other states did not fare much better. Indeed, almost half of the states scored 25/100 or less. Only six states have issued bans on leghold traps, five states have banned Conibear (body-gripping) traps, and 12 states have prohibited snares.

Many states require would-be trappers to complete education courses before they are granted licenses. While this might seem like a positive attempt to mitigate the worst of the cruelty, the information contained within these courses is disturbing. For example, multiple states promote cruel drowning as a “humane” killing method for trapped animals, despite it being specifically stated by the American Veterinary Medical Association (AVMA) that this drowning is categorically inhumane. In addition, advice for killing trapped animals found in commercially available trapping guides suggests that using wooden clubs to beat trapped animals to death is standard practice.

While licensing regimes do exist, and some of them are underpinned by education courses – some of which actively promote terrible cruelty – the unrestricted sale of traps online suggests that those wanting to purchase and use traps without having to show that they have the necessary credentials, can do so with ease. Even bear traps, which are illegal for use in all 50 states, can be purchased on sites such as Amazon, the largest retailer in the U.S.

At present, trapping is largely regulated at the state level so outlawing this archaic and cruel practice will be complex and requires specific action by each individual state. Born Free’s tailored recommendations, if followed, present a clear and achievable pathway for each state to move toward outright prohibition. Here is how you can help: