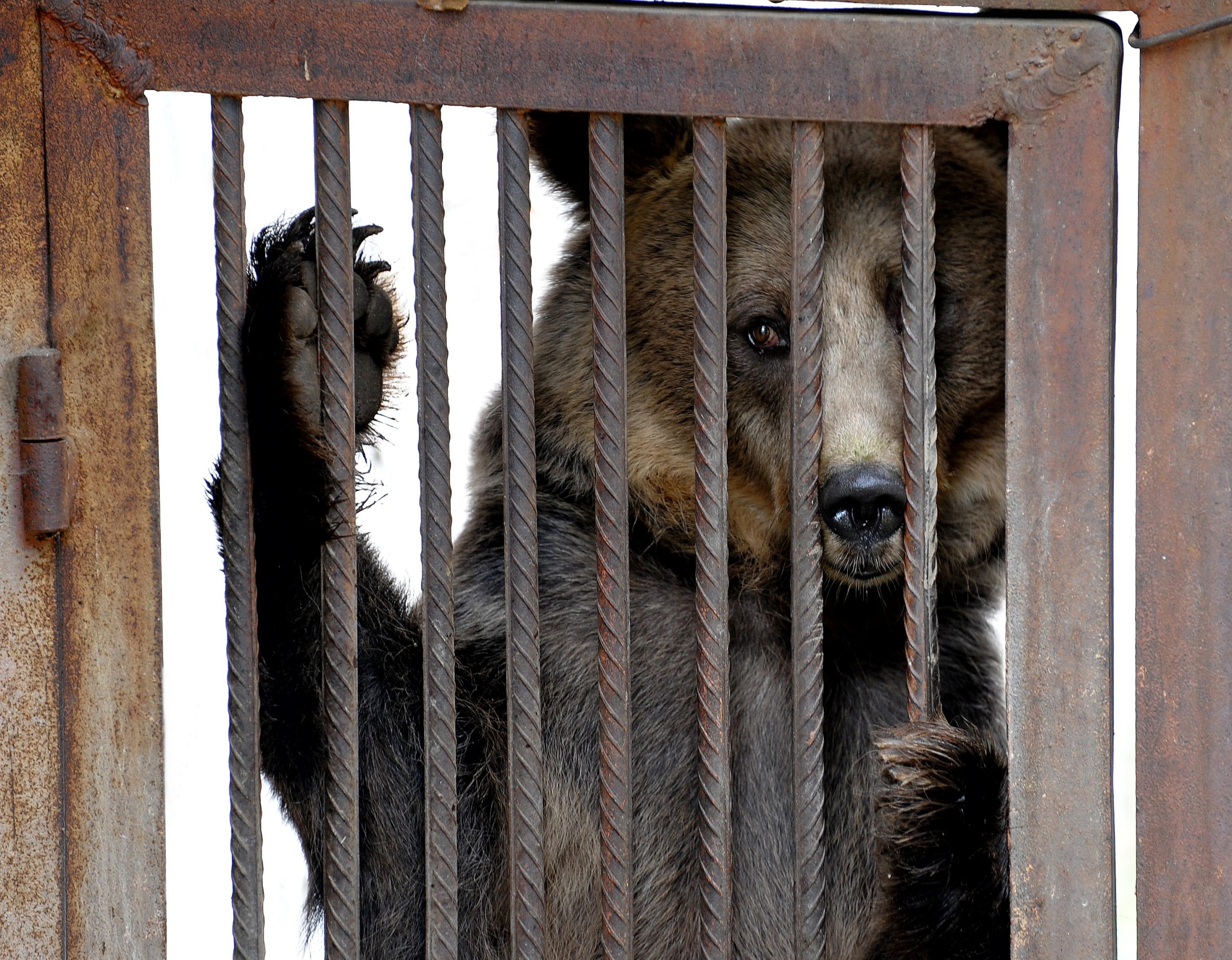 A new report has come out about a restaurant in Albania serving bear meat, just one of many problems with the wildlife trade in the country. Researchers said it was the first instance of cooked bear meat in Europe and that it could be the start of a troubling trend of wildlife trade and animal meat in the area.

Experts have warned that the coronavirus and wildlife trade are linked and that butchering and serving animals, like bear or other wild animals, could lead to additional zoonotic disease outbreaks.  Online marketplaces in Albania feature monkeys, bears and birds. While Albania has laws preventing the trade of wild animals, the enforcement of the laws are limited.

A spokesperson for Protection and Preservation of Natural Environment in Albania (PPNEA) said, “What is especially alarming about this is not only the fact that bear meat is being sold, it is also the addition in brackets of “ne sezone”, which gives the impression that there’s a hunting season for bears. In fact there’s no hunting season for any wild animals in Albania, there’s a hunting moratorium and hunting ban for years throughout the whole country – passed in 2014 and extended in 2016 until March 2021. The massive decline of wildlife in Albania triggered this.”

Four Paws, an animal nonprofit working against the wildlife trade, has reported numerous illegal advertisements but many continue popping up. “A large majority of the photographs displayed severe animal cruelty, such as foxes with sealed muzzles in plastic boxes, bear cubs in chains and birds with their feet tied,” said Barbara van Genne, of Four Paws.

See photos of the bears for sale:

Read more about the illegal wildlife trade, including the trading of pangolins, China’s crackdown on the wildlife trade and how online sales of wildlife flourished during the pandemic.

Scientists believe that the spread of COVID-19, or coronavirus, started at an exotic animal market in Wuhan, China. You can help stop the incidence of viruses like these by signing this petition to ban the wildlife trade.