After Devastating Losses, What’s in Store for Manatees in 2014?

By Katie Tripp, Save the Manatee Club 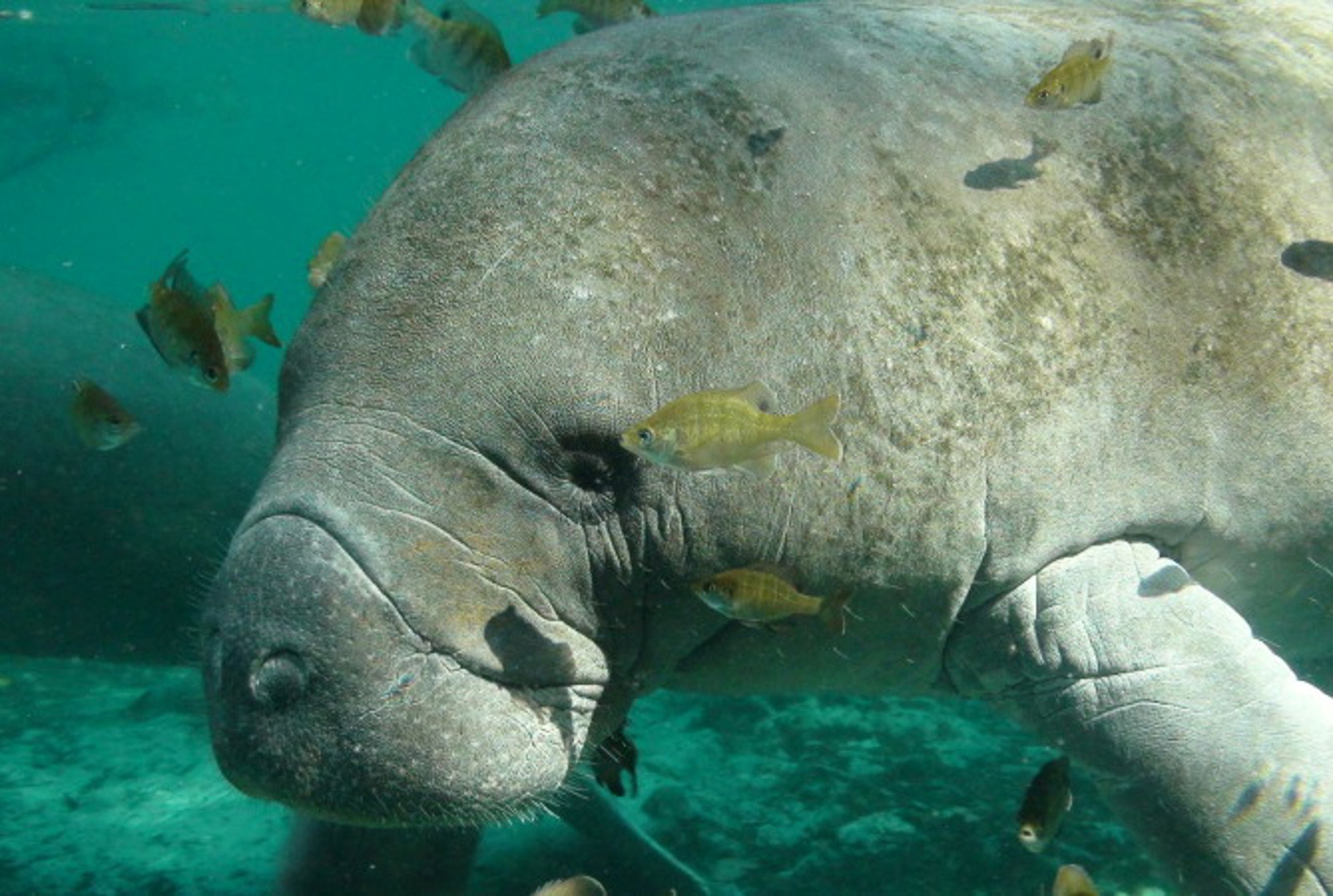 Last year, 2013, went down in the manatee record books as the species’ worst-ever year in Florida. In total, 829 deaths were confirmed of an endangered species whose last known minimum count was 4,831 in January 2014. That’s 17 percent of the known population dead in a single year. The previous record number of deaths, 766, was set in 2010 and regarded as an anomaly – a rare occurrence caused by extended cold temperatures; a level of mortality not thought likely to appear again anytime soon.

Until recently, we’ve been dealing with the usual suspects that threaten manatees:  water control structures, entanglement in or ingestion of marine debris, and watercraft, with some cold stress, and mortality of very young calves mixed in. Red tide often loomed offshore of southwest Florida as a potential threat. And on the rare occasion would be the manatee that had the privilege of dying of old age – a feat most in the population don’t achieve due to the threats they face.

In the past few years, attention has been focused on bigger, more nefarious threats that no one knows how to remedy. In the southwest, red tides are finding ample food when they blow inshore, and are persisting, killing large numbers of manatees and other marine life. For manatees, these blooms are no longer considered an unusual mortality event (UME), but an ongoing mortality event – a sign of the times. On Florida’s east coast, no one has a clue what in the environment killed 127 manatees, in and on-again, off-again UME, which is now on-again, already killing several manatees in 2014.

Manatees, often regarded as robust for their ability to survive multiple watercraft strikes and continue to live on after losing flippers to entanglements, are no match for the strange cocktail of toxins that are plaguing their environment. So what can we do?

So what can manatees expect in 2014?  That’s really up to you.  But one thing is for certain: they need our voices and our support now more than ever.