This Needs to End: 5 Abusive Industries That Harm Horses

The way in which animals are exploited and used in today’s world is undeniably cruel.  Examples of ongoing abuse and neglect can be found in all forms – from the orcas held in captivity at SeaWorld to the countless creatures locked up in zoos to the thousands of farm animals suffering daily in factory farms.  Although there is a greater awareness among society, many of these cruel industries are still in full operation with no signs of ever ceasing.

When we view animals as money-making objects, we tend to ignore the fact that they are not exempt from suffering.  Horses are one of the most over-exploited animals on the planet. Here are five industries that are still harming horses 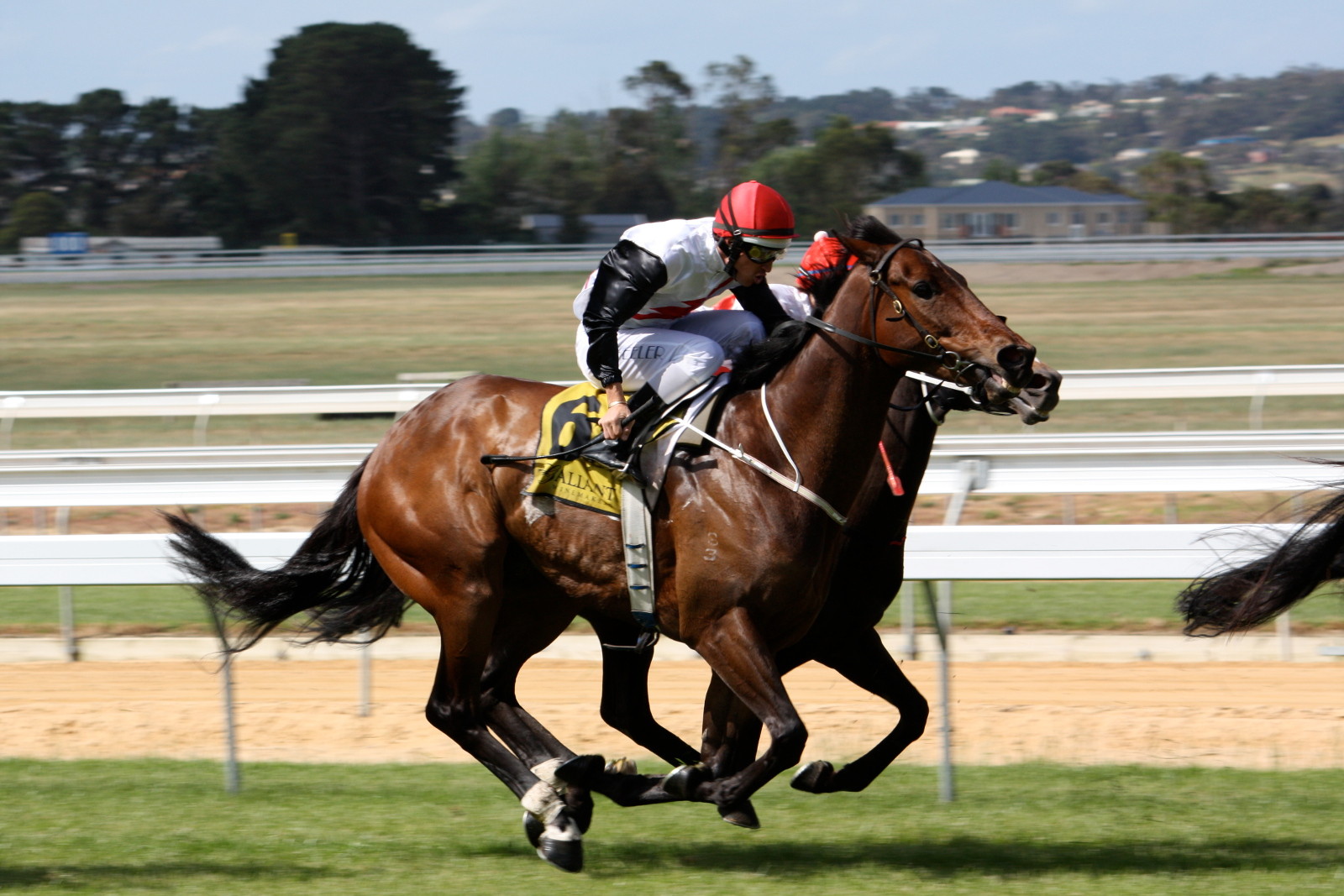 Horses bred into the world of racing are forced to endure unthinkable cruelties, all in the name of profit.  They are considered to be mere commodities in a greed-driven industry.  Training begins at a very young age, despite the fact that the animals is still growing.   It is not uncommon for horses to be drugged in order to enhance performance as well as mask pain from injuries.  They are prevented from exhibiting natural behaviors including socializing with other horses.

Abuse by trainers and owners has been documented in several investigations over the years.  Many of these horses will die on the race track or succumb to injuries received while racing.  If they are no longer making a suitable profit, many will find themselves in a local auction house and ultimately the slaughter plant – a “reward” for dedicating their lives to humans.  The racing industry, both harness racing or thoroughbred racing, is very prominent and unlikely to vanish any time soon.  Unfortunately due to the fact that there is money to be made, the suffering of the horses will continue to be ignored.

Go to any major city and you are likely to come across a horse-drawn carriage.  From the outside, it looks like a romantic way to explore the city.  The horses are decorated with bows and ribbons, pulling a beautiful carriage behind them.  It has grown over the years to a wide-spread industry, thriving on unassuming tourists. The reality is it is far from romantic for the horses involved.  They suffer greatly every day.

Horses are fear-based animals, they are not meant to endure crowded, busy environments.  Carriage horses are forced to navigate busy, noisy streets filled with vehicle traffic in all kinds of weather conditions.  Often they are denied breaks for life essential such as water.  Horses forced to work in hot, humid conditions require far more water than the average leisure horse.  Unfortunately, due to high demand, carriage horses will be pushed to the limit on a daily basis.  When not in use, these horses are often kept in stalls, denied basic grazing instincts.  Thankfully, due to increased awareness, many cities are beginning to see the light and are banning horse-drawn carriage rides.  It is a step in the right direction and hopefully more will follow suit in the years to come. 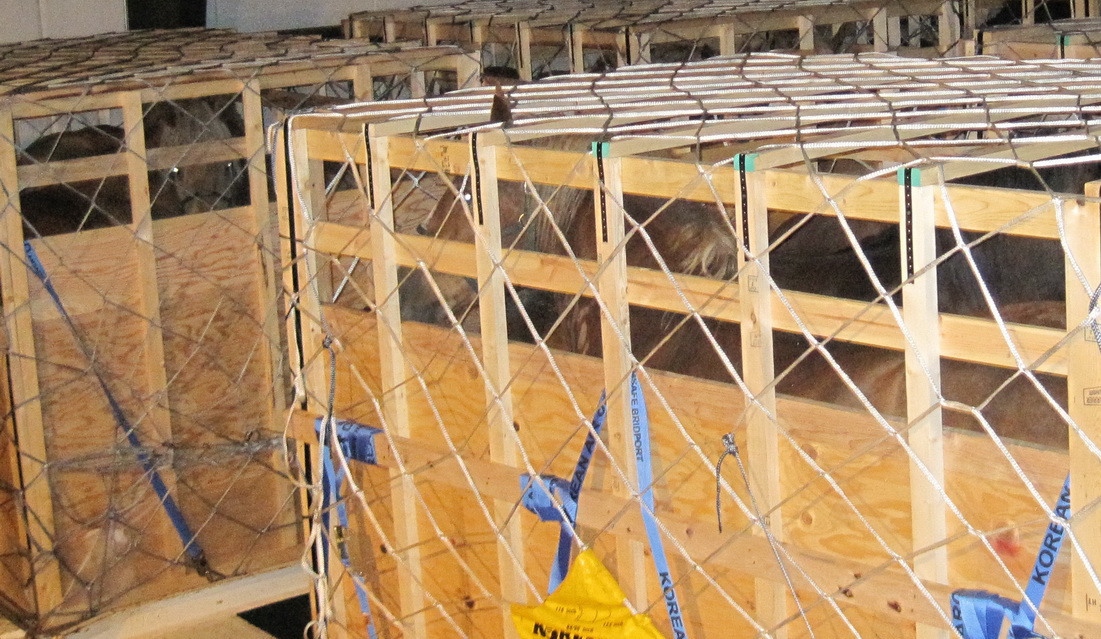 Another thriving industry that few are likely to be aware of is the live export of horses to Japan for meat.  Horses either bred for this purpose or purchased by kill buyers at local auctions are confined to wooden crates with many other frightened horses.  In the dead of night, they are placed in cargo holds of airlines departing from Calgary International Airport in Canada.  They are denied access to food and water for nearly 36 hours and many will be injured or die along the way.  A recent investigation conducted by the Canadian Horse Defence Coalition (CDHC) discovered that “horses usually go down during takeoff and landing, and one horse evidently died on a trip from Calgary and was found upside down in his crate.”  The fear these animals face is unimaginable and beyond cruel.  Yet this industry continues to operate and expand as there is a market overseas for horse meat.  Again, money runs the show.

Nearly 80,000 horses are inhumanely killed every year.  The slaughter industry is a massive one with roots all over the world.  Again, the purpose is to produce horse meat – considered to be a delicacy by many.

The horses caught up in this cruel reality include pregnant mares, ex-race horses, seniors and even foals.  Sending a horse to auction is likely sending them to their death via a kill buyer.  These individuals think about nothing more than the money filling their pockets when they load their buys on the slaughter-bound trailer.  The journey to the slaughter plant is a horrific one to say the least.  Horses are crammed into a tight space, frightened and confused, denied water and food.  There are no regulations preventing the transport of horses in severe weather conditions.  Often many of these horses have been treated with medications and drugs which are toxic when consumed by humans.  However, somewhere along the line these records seem to “vanish” without a trace.

The PMU (Pregnant mare’s urine) industry has decreased significantly in North America in recent years; however it is expanding in countries such as China.  Horses used in this industry are forced to endure multiple pregnancies over their lives, confined to small standing stalls for months at a time.  The purpose is to exact their urine which is used to create specific Hormone Replacement Therapies (HRT) such as Premarin and DUAVEE.  Suffering that is so unnecessary when there are synthetic options available.

It is not uncommon for the horses used in this industry to end up in the slaughter plant – their bodies worn out, their spirits broken.  The unfortunate by-product of PMU farms are the foals produced.  With so many brought into the world, very few are actually adopted to legitimate homes.  The majority will find themselves in the auction house and eventually make their way into the slaughter pipeline.

Exploiting animals for our own entertainment and profit is unacceptable.  Thankfully, a growing number of compassionate individuals are catching on to this fact.  The above-mentioned industries may never disappear entirely, however, with greater awareness perhaps changes can be adopted to approve the welfare of the horses involved.  If we educate ourselves and others, we can make a difference.  Do not support any industry that willing causes harm to another living being.  Support local horse rescues and sanctuaries and stand up for those that continue to suffer simply because others are too blind to see.