About $1 Million Worth of Shark Fins Seized in Florida 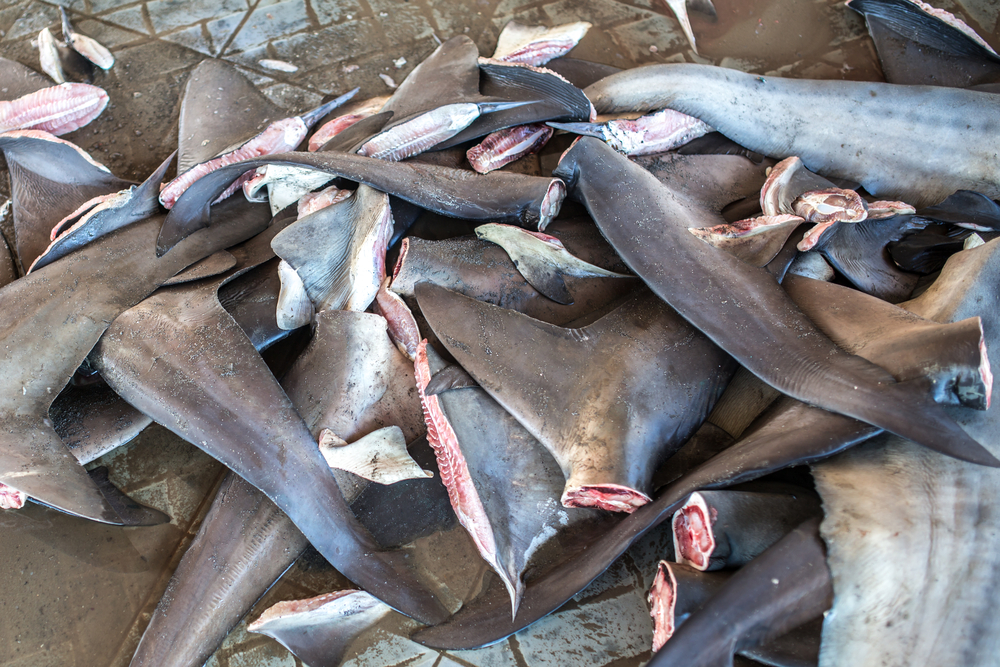 The shark fin trade has caused the population of the hammerhead and oceanic whitetip species to decline by more than 90 percent. More than 100 million sharks are killed by people each year. The shark fin trade is very much to blame. Shark fin soup is an expensive Chinese luxury menu item. The problem is that even though the soup itself is banned in many places, the trade isn’t, which means that in a state and/or country where the soup itself may be illegal, the fins still pass through via trade. This is the case in Florida, the hub of shark fin trade in the United States.

Although legislation was introduced just a few months ago to end shark fin trade in the state, nearly one million dollars worth of shark fins were recently seized by U.S. government officials in Miami, Florida. There were about 1,400 pounds of shark fins hidden in 18 boxes. This puts the value of those fins between $700,000 and $1 million.

National Geographic describes the cruelty involved in this trade as follows: “Finning involves slicing fins off live sharks and tossing the wounded animals overboard, where they sink to the bottom and, unable to swim and pass water over their gills, suffocate, die of blood loss, or get eaten by other predators.” That this many shark fins were found isn’t just devastatingly cruel, but it violates CITES protections and the Lacey Act.

Ariana Spawn of Oceana says: “The recent seizure of more than 1,000 pounds of shark fins in Miami from potentially protected species demonstrates why we need a federal shark fin ban.”