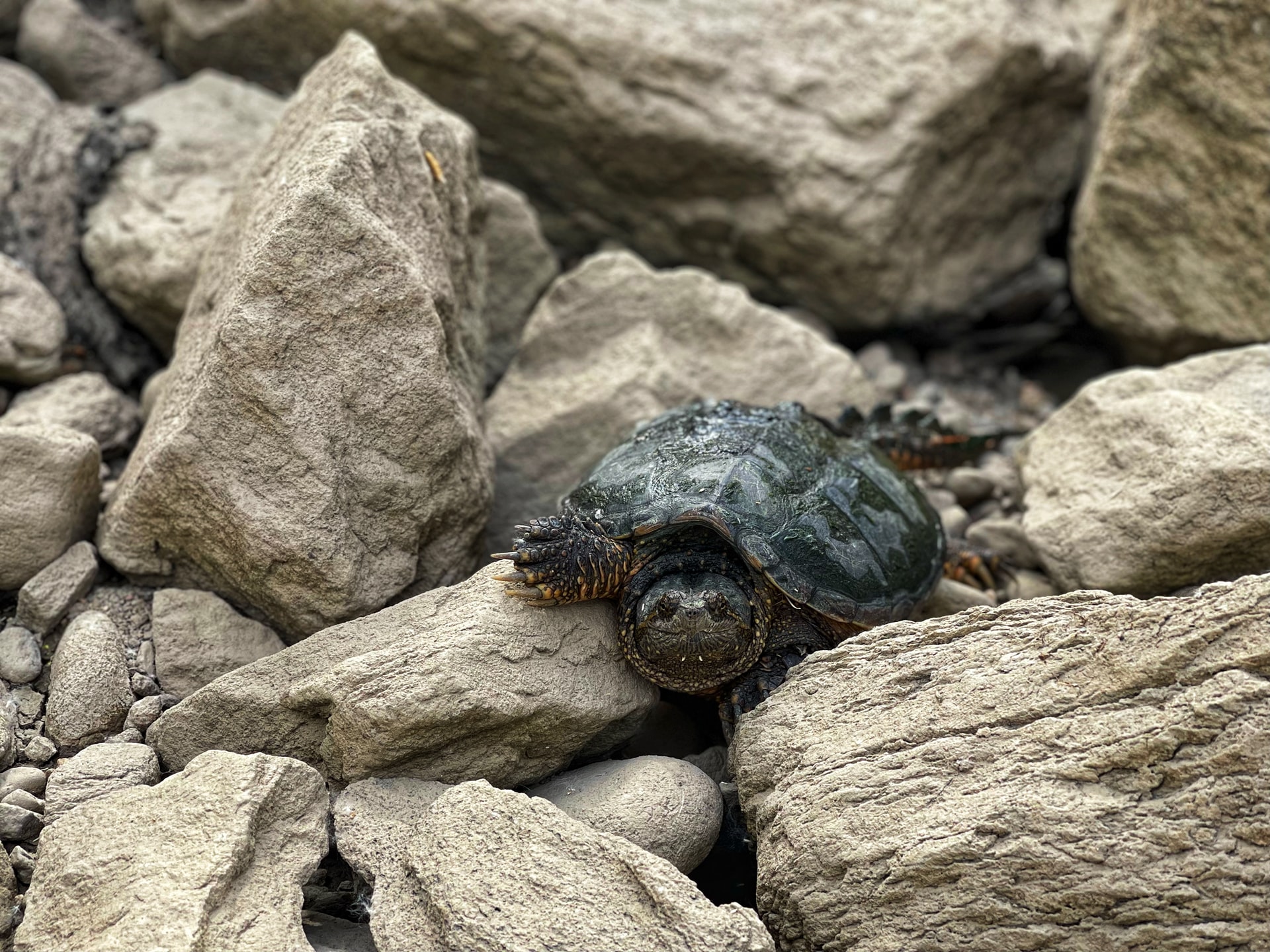 Lincolnshire Wildlife Park was contacted after a man found a very angry snapping turtle in a waterway.

The angry snapping turtle was named Hagar the Horrible, and people say that he very much lives up to the name.

It is believed that the turtle was a pet that had either been abandoned or escaped.

Park boss Steve Nichols said, “When you have children around in a family environment, they are just not suitable pets. They are very cute when they are young, [but] this chap could probably take a good chunk out of your finger without stopping.”

Turtles became a big problem in the 1990s when the Teenage Ninja Turtles series came out. Leading many families to purchase invasive turtle species for their children.

This proved to be a danger to the environment, which is why the wildlife park is also a sanctuary for rehoming turtles. As they encourage the public to bring their turtle to them if they can no longer care for them.

Hagar the Horrible is living a very nice life now at the sanctuary, where he is cared for around the clock. Though, he is still as angry and snappy as he was when he was first rescued.