A Black-Footed Ferret Becomes the First Endangered Species to be Cloned in the U.S. 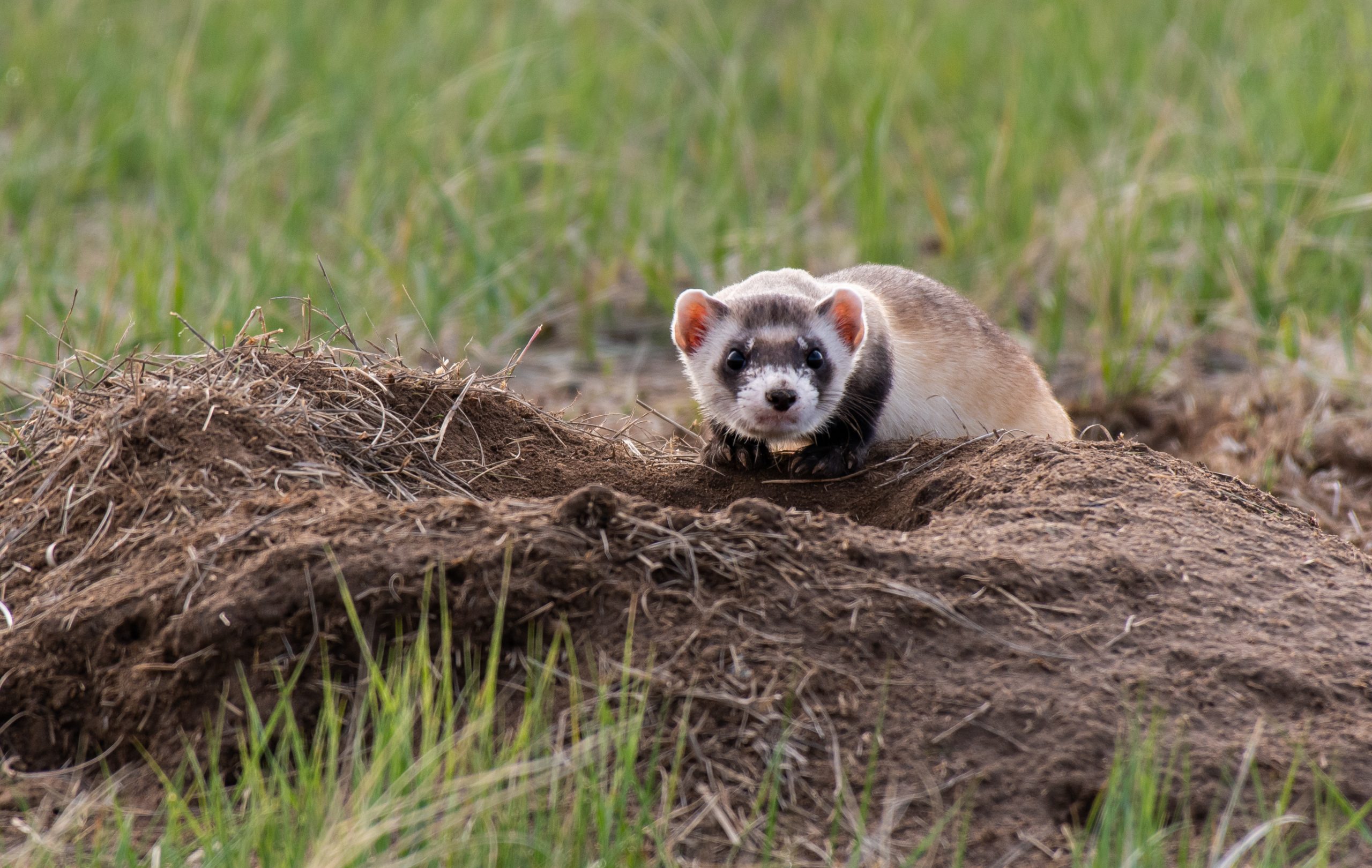 In a revolutionary conservation tactic, a Black-footed ferret has been cloned. Elizabeth Ann is an identical genetic copy of Willa, a female who died in 1998. Elizabeth Ann is healthy and will enter a breeding program at the National Black-footed Ferret Conservation Center, with hopes that her offspring can be reintroduced to the wild in the next few years. Given that Black-footed Ferrets are currently listed as an endangered species with a current wild population of just 300-400, this groundbreaking new technology will bring crucial genetic diversity to the currently limited gene pool. Small gene pools are incredibly dangerous for wild animal populations, as a single disease outbreak can easily kill a genetically similar group of animals. Black-footed Ferrets are walking on thin ice in their everyday lives, with the ever-present looming threat of an outbreak serving as the difference between survival and extinction.

“Biotechnology and genomic data can really make a difference on the ground with conservation efforts,” said Ben Novak, lead scientist with Revive & Restore, a biotechnology-focused conservation nonprofit that spearheaded the cloning of both Elizabeth Ann and a Przewalski’s horse in 2020.“Elizabeth Ann stands to bring in this huge boost of diversity for the species. Today every black-footed ferret is related to each other, somewhere between a sibling and a first cousin.”

Black-footed Ferrets were believed to have gone extinct in the 1970s after the death of the last captive ferret in 1967 until a Wyoming ranch dog discovered a small colony of thirteen in 1981. Since then, the struggle to boost their populations and promote genetic diversity has been an uphill battle.

While the successful birth of Elizabeth Ann is something to be celebrated, conservationists also warn that the idea of cloning wildlife should not offer false hope. Cloning and captive breed-to-release programs can boost wild populations and offer essential genetic diversity vital to species survival, but efforts must still be made to protect the integrity of wildlife habitats to prevent them from reaching the brink of extinction in the first place.

“Maintaining and increasing wild populations and suitable habitat continues to be essential for black-footed ferret recovery and will remain a priority for the Service,” said Noreen Walsh, Director of the US Fish and Wildlife Service’s Mountain-Prairie Region, in a statement. “Successful genetic cloning does not diminish the importance of addressing habitat-based threats to the species or the Service’s focus on addressing habitat conservation and management to recover black-footed ferrets.”

According to the conservation nonprofit Defenders of Wildlife, major threats to the Black-footed Ferret include agricultural and urban development, pesticides and rodenticides, and oil and gas pipeline development. Rodenticides were recently banned in California, and kill an astounding number of non-target species every year, including birds of prey, bobcats, coyotes, and even mountain lions. The decimation of prairie dogs, a practice widely carried out on behalf of cattle ranchers, can also harm Black-footed Ferrets, as these small animals serve as the ferrets’ primary source of food. While the fight to boost Black-footed Ferret populations is an ongoing struggle far from over, Elizabeth Ann is a beacon of hope for a species once nearly lost.