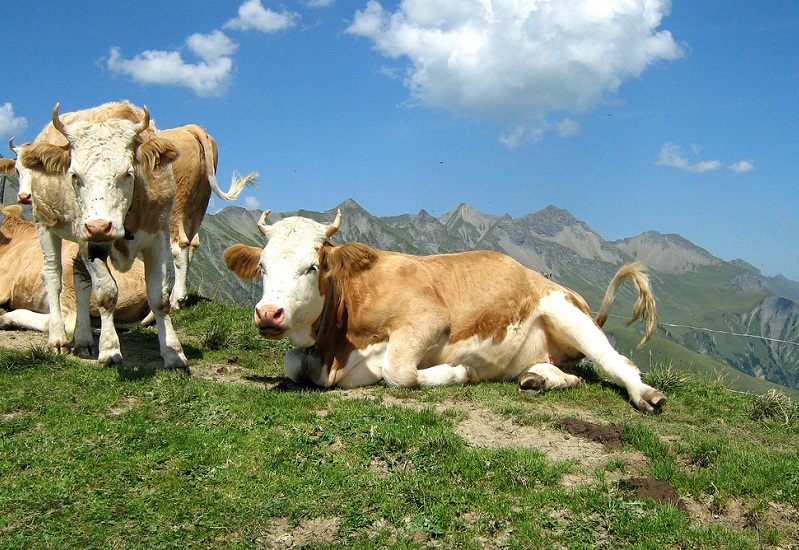 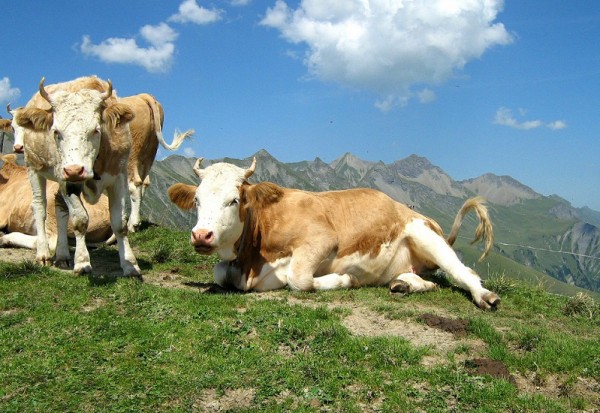 Cattle – cows – are the most common domesticated livestock animal. Bred and raised in intensive factories there are over one billion worldwide, most of whom are farmed for either beef, dairy, leather or veal. Those who aren’t abused and slaughtered for their meat or milk are often exploited in sport. For example, in Latin American countries, as well as Portugal and Spain, bulls are used (and killed) in bullfighting, while in North America they’re ridden as part of rodeos.

It is horrible to think of them abused and exploited, because cows are sentient beings like any other. Sometimes thought to be dull or unexpressive, if nature permitted they would live in herds that have complex social hierarchies, within which lifelong bonds are formed. In fact, cows are emotional individuals who communicate with each other through a multitude of behaviors. Affectionate, friendly, and loving, they develop strong relationships, the most important and lasting one being between a mother and her calves. In nature, this powerful bond would last for many years, long after the calves had matured.

The emotional aspect of cows doesn’t permit them to easily forget the pain and suffering others might have inflicted upon them, a friend, or a member of their family. As a result it is incredible to see how affectionate, gentle and loveable cows can be in view of what they’ll have experienced at the hands of humans. We’ve found five charming cows that have recovered from bad experiences to give us renewed hope. 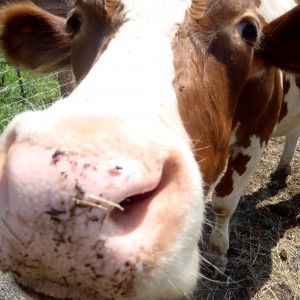 Petting zoos are often seen as great opportunities for educational development, but for the animals it’s a life of abuse and neglect. Tucker is one of these animals and as a “cute” baby animal had been bought by a petting zoo soon after birth. This is a deliberate approach taken by zoos because the cute animals receive constant attention from children and consequently attract a lot of business. During the winter months, however, the zoos don’t want to house the animals because it proves too expensive to care for them and requires too much effort.

A mother and daughter became rather attached to Tucker, visiting him frequently, and were upset one day to find Tucker being loaded onto a truck to be sent to auction. The mother purchased him in order to save him from slaughter, and he has lived at Catskill Animal Sanctuary (CAS) ever since.’

Here’s a video of Tucker at his new home!