5 Reasons Chimps Should be Considered “Persons” 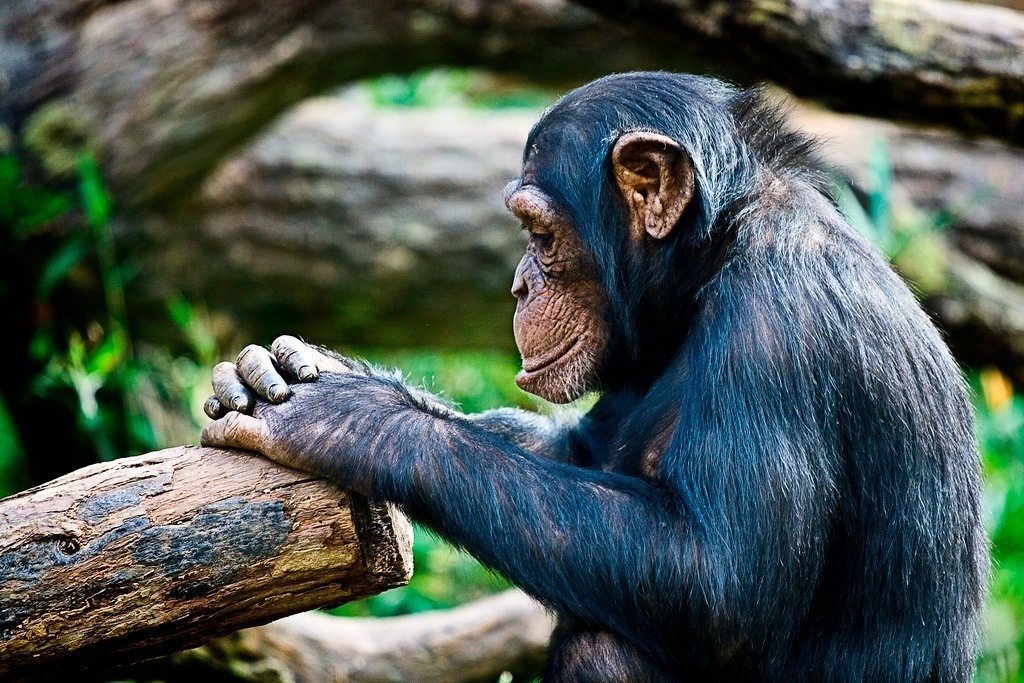 In December of 2013, the Nonhuman Rights Project (NhRP) set out on an unprecedented mission to gain legal person hood for four captive chimpanzees in the state of New York.

In each of the cases, the NhRP anticipated that their initial hearing would only be the first step. The records created during the preliminary hearings will be used to build up the cases for the Intermediate Appellate Court.

It may seem like a big jump to ask courts that chimpanzees be regarded as legal persons, but it really isn’t.

Animal Legal Defense Fund explains that “to be a ‘legal person,’ one doesn’t need to be a human being or even a biological being. A corporation is a legal person. ‘Legal personhood’ is a fiction, used to recognize one who has legal rights and duties. It’s one of our most powerful concepts, and American legal history is filled with heated conflicts about whether or not slaves, women, children, Native Americans, corporations, and human fetuses would be considered ‘legal persons.’ This and the ensuing lawsuits by the Nonhuman Rights Project … mark the opening volley in a battle that may well change how we view and treat nonhuman animals.”

In this light, it’s appalling that we haven’t been regarding them as legal persons this entire time. In each case, the judges refused to issue the writs of habeas corpus (in which somebody who is being held captive, seeks relief by having a judge call upon his captors to show cause as to why they have the right to hold him) on the grounds that chimpanzees were not legal persons.

Steven M. Wise, founder and president of the Nonhuman Rights Project, said in a press release, “These were the outcomes we expected … All nonhuman animals have been legal things for centuries. That is not going to change easily…What we didn’t expect were the strong words of encouragement and support from the judges and their acknowledgement of the strength of our arguments. ..The struggle to attain the personhood of such an extraordinarily cognitively complex nonhuman animal as a chimpanzee has barely begun.”

According to The Nonhuman Rights Project, their “lawsuits are rooted in genetic, cognitive, physiological, evolutionary and taxonomic evidence that the plaintiffs are autonomous, self-aware, self-determining, and able to choose how to live their lives provided by some of the world’s greatest working primatologists.”

In honor of their work and the continuing court cases, we’re taking a look at just a few reasons why it’s time to grant chimpanzees legal personhood.

Although this does not unequivocally prove that chimpanzees possess specific human abilities, it is one of the greatest indicators of such potential similarities. According to Emily Sue Savage-Rumbaugh, director emeritus of the Iowa Primate Learning Sanctuary, whose affidavit was used as evidence in the court case for NhRP, this finding “indicates that when behavioral studies of chimpanzees suggest that they are capable of self-aware conscious action, the capacity to reason and think, the ability to acquire symbolic language, there is reason to take these results seriously.”

According to the Jane Goodall Institute, “Chimpanzees develop lifelong family bonds, particularly between mother and child. Mothers and dependent young (up to age seven or so) are always together.”

It’s clear that chimpanzees are social animals with emotional lives that deserve respect.

3. Chimpanzees communicate with each other

The Jane Goodall Institue explains, “They communicate much like humans do—by kissing, embracing, patting on the back, touching hands, tickling and more. Like other great apes, they groom each other to improve relations in the community and to calm nervous or tense individuals.”

Chimp calls can usually be placed into two categories:

4. Chimpanzees choose their friends with care

In a previous story, we covered new research on how chimpanzees choose their friends. According to the study published in the journal Evolution and Human Behavior, which paired years of chimpanzee behavioral observations with the examination of 38 chimps in two zoos, researchers found that “especially among unrelated friends, the most sociable and bold individuals preferred the company of other highly sociable and bold individuals, whereas shy and less sociable ones spent time with other similarly aloof and shy chimpanzees,” said Massen in a statement.

In addition, “According to ZeeNews, the researchers believe that such a strong preference for ‘self-like’ individuals is adaptive and cooperation is more reliable among those with similar tendencies and emotional states.”

According to National Geographic, “Chimpanzees are one of the few animal species that employ tools. They shape and use sticks to retrieve insects from their nests or dig grubs out of logs. They also use stones to smash open tasty nuts and employ leaves as sponges to soak up drinking water.”

Before this discovery, the Jane Goodall Institute reports, “Scientists thought that only humans made and used tools, and that this ability was what separated humans from other animals. This discovery caused famed anthropologist and paleontologist Dr. Louis Leakey to write this famous line in a telegram to Goodall: Now we must redefine tool, redefine man or accept chimpanzees as human.”

That telegram was sent in the early 1960s, and we’ve known since then what extraordinary animals chimpanzees are. Watch the chimpanzee in this video from the Jane Goodall Institute termite fishing with the use of tools for some more proof.

James Anderson, faculty member at the University of Sterling, explains further that chimpanzees also use multi-object “tool-kits,” meaning two or more tools used in sequence to accomplish a goal, and this indicates a higher level of cognitive planning.

Interested in learning more about the NhRP court cases and chimps? View all of the supporting documents for the cases online. Each affidavit contains an immense amount of information supporting the right for chimpanzees to be treated as legal persons.