5 Petitions for Animals that Need Your Action 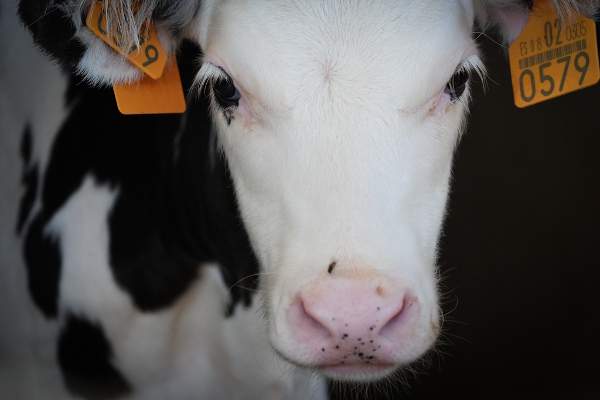 It may seem that sometimes we are powerless against animal cruelty, but we must rise above this discouragement and do what we can to make a difference. Petitions are a great way to get the attention of people in the position to make change, and to empower ourselves as animal advocates.

Websites like Care2.com and Change.org have become powerhouses for such direct action and are enabling anyone with a cause to inspire others to take action. From small community issues to national headlines, you can find something to take action on.

Here, we’ve compiled a selection of petitions related to animals that urgently need your help. Take a moment for each of them to gain an understanding about the issue, and write a personalized letter asking for change. Personalizing your message makes it stand out among the many people who will be receiving them and demonstrates a great understanding and involvement of the issue at hand. Good luck, Green Monsters!

1. Scabs, Pus, and Feces in Chicken? USDA, Keep It Off My Plate!

What the petition’s about: The USDA is proposing a new inspection plan for poultry called the HACCP-Based Inspection Models Project (HIMP).

The main issues with this proposal include the following provisions:

HIMP has been criticized for lack of data to support its claims, concern over salmonella, and the new increased line speed affecting inspection time, among other issues. The proposal is awaiting the attention of Secretary of Agriculture Tom Vilsack.

What the petition’s about: Undercover investigator Taylor Radig has been charged with animal cruelty for filming animal abuse and then not reporting it quickly enough to the authorities. The move is being called a “shoot the messenger” strategy, as it detracts from the real issue of animal abuse that Radig uncovered.

3. Delicate Dwarf Seahorses Need Protection Too, and You Can Help Them!

What the petition’s about: According to the Center for Biological Diversity, “The smallest seahorse in America, the dwarf seahorse faces big problems: water quality degradation in the Gulf of Mexico, pollution from the Deepwater Horizon oil spill and cleanup and, most importantly, loss of their seagrass habita t… More than 50 percent of Florida seagrasses have been destroyed since 1950, and in some areas losses are as steep as 90 percent…Boat propellers, shrimp trawlers and ocean acidification are all harming the seagrass these delicate animals need to survive.”

In good news, according to the petition, the National Marine Fisheries Service has agreed that the dwarf seahorse may warrant protection under the Endangered Species Act and is accepting comments until July 3 before making a decision. So let them know you want the dwarf seahorse protected!

What the petition’s about: White nose syndrome (WNS), a lethal fungal infection affecting hibernating bats, has raged throughout the eastern United States and Canada since first being documented in 2006. It has the potential to cause the extinction of several species. The Fish and Wildlife Service has the power to protect these bats from extinction. Encourage them to do the right thing by taking immediate action today. Defenders of Wildlife created this petition to urge the FWS to list the long-eared bat as endangered.

5. Keep Rat Poison Away from the the Farallon Islands!

What the petition’s about:According to the organizer of this petition, Maggie Sergio, “If US Fish & Wildlife has its way, Nov of 2014 is when they would like to begin a mission that involves the use of helicopters dropping an estimated 1.3 metric tons of rat poison over the Southeast Farallon Islands.  This is part of a political and complex relationship that exists between US Fish & Wildlife Service and an organization called Island Conservation.  Island Conservation is the firm that would get the business if the decision is made to go forward with this project.”

The petition page provides much more information on the controversy and other similar events, including many updates on the issue.

Looking to take some more action for animals? In honor of National Write to Congress Day (Jan. 3), check out this list of pending animal protection legislation that needs your voice today!