5 Human Rights Issues to be Aware of in Food Production 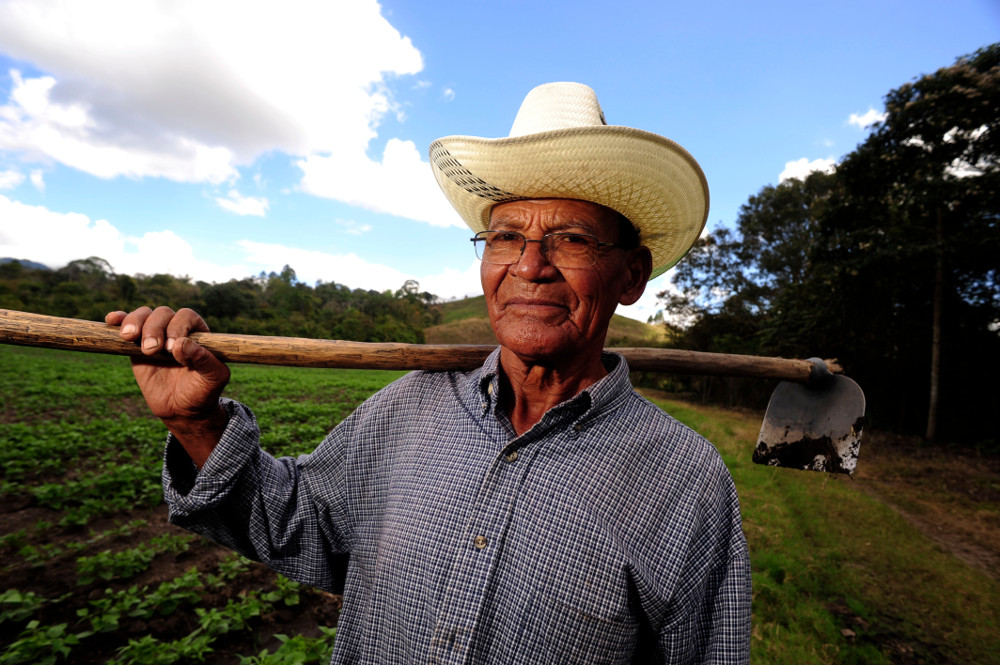 When it comes to food, we are well aware of the dangers of GMOs and the heart wrenching ways in which animals are used and exploited, but we often overlook how our food choices impact the human rights of the people involved in the production and supply process. Farm workers and even chain restaurant employees in some cases are among some of the most exploited people on the planet.

To discover just a handful of the human rights issues tied up in the food industry, read on, Green Monsters, and be sure to spread the word.

Fast food workers are subjected to excessive hours and low wages, making it impossible for them to live alone without additional financial support. Workers all over the U.S. have protested for a “living wage” and the right to unionize. Despite recent strikes, fast food chains including McDonalds, Burger King, and Kentucky Fried Chicken have not changed their wage policies.

2. Human trafficking, along with physical and sexual abuse, is commonplace.

Although the United Nation’s Universal Declaration of Human Rights (UDHR) specifically prohibits slavery and human trafficking, the seasonal and porous nature of the food proudction industry makes it highly susceptible to these abuses. Many laborers are forced to work on the fraudulent promise of better wages and jobs, as well as having to endure physical and sexual abuse. Recruiters often confiscate visas and passports and impose substantial debts on workers in exchange for labor. Organizations such as Not For Sale and Polaris are fighting to prevent human trafficking, and annual reports published by the Department of Labor identify products and crops likely to be produced by forced and child labor.

3. Workers are routinely exposed to dangerous and life threatening chemicals.

Toxic chemicals (including banned pesticides such as DBCP) used by the food production industry have been proven to cause cancer, infertility, birth defects, learning disabilities, as well as numerous other life threatening illnesses, and it’s not just the farm workers that are suffering. Those living in close proximity to pesticide-laden crop fields are also severely affected, along with families of the workers who carry pesticides unknowingly from field to home on their clothing. Little is being done by the ag industry about the dangers faced by workers exposed to these harmful chemicals, but luckily there are groups such as Panna who encourage alternatives to pesticide use worldwide.

It’s been said that Hershey’s secret ingredient is child slavery but thankfully you don’t have to give up chocolate to avoid supporting these abhorrent practices, as you can simply buy delicious fair-trade choices instead. Sixty percent of global child labor happens in the agriculture sector, harming a child’s well-being, and hindering their education and development.

The World Cocoa Foundation works tirelessly to help achieve cocoa sustainability, strengthen communities, and expand opportunities for youths through education, and is a good organization to keep track of for updates on what’s happening in the cocoa industry. And if you’re searching for cruelty-free chocolate, be sure to pick options with Fair Trade USA’s label or a Rainforest Alliance Certified stamp.

5. The food industry is to blame for a lack of access to safe drinking water and the death of more than 1 million children a year.

An unbelievable 780 million people lack safe drinking water along with billions more that lack access to basic water sanitation causing water-borne diseases and death. The food production industry accounts for a whopping 70 percent of the world’s water usage, most of which is used for crop watering, but a large majority is also used for product ingredients. Sugar sweetened drinks are among the worst offenders. As a result, communities are left with an insufficient supply of water and many indigenous tribes have been forced to relocate. Pesticides and other pollutants used by the industry also compromise water quality. In attempt to battle these challenges, many companies are creating policies that reduce water usage.

Help put an end to the disgusting practices that the food production industry is responsible for by speaking out against these injustices and choosing to support ethical and fair trade companies. Before buying anything, always find out where it came from, how it was produced, and under what conditions.

Interested in getting a bit more active? Check out these current campaigns!