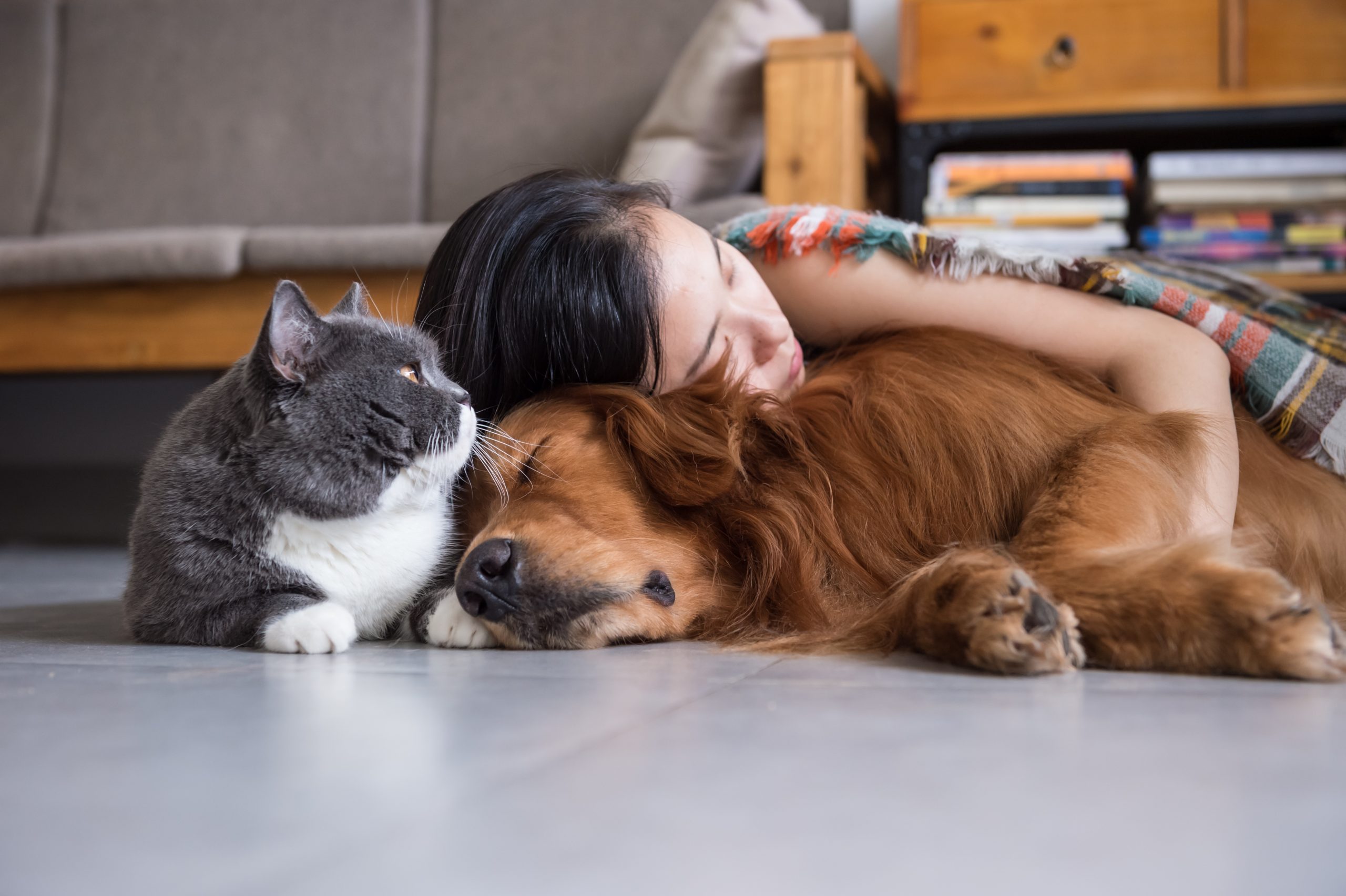 With a rampant global pandemic, several natural disasters, economic recessions, and many other crises, feelings of anxiety, depression, and loneliness have increased significantly.

In recent months, there has been a more-than-threefold increase in the percentage of American adults who reported symptoms of psychological distress according to researchers at Johns Hopkins University.

While research on human-animal interactions is still a relatively new field, various studies have shown positive health effects of having pets and interacting with animals.

Here’s how animals can help improve your well-being:

Living with an animal can lead to a release in calming endorphins such as oxytocin which can stimulate social bonding, relaxation, and trust.

This can happen when spending time with animals or even just through eye contact. Research on mutual gazing between humans and their dogs has shown to increase oxytocin levels in both species.

Animals can serve as a constant presence, comforting and supporting humans during times of heightened anxiety, depression, or loneliness. Researchers found that people were less stressed when conducting difficult tasks when their pet was present rather than when a friend or spouse was there.

A 2016 study also found that pets provide a sense of security and routine that provided emotional and social support to people with long-term mental health conditions. And a 2019 study on college students at Washington State University showed that just 10 minutes of interacting with animals can produce a significant reduction in cortisol, a major stress hormone.

Due to their mental health benefits, therapy dogs are often used to help veterans cope with post-traumatic stress disorder as well as help calm autistic children.

Having a dog leads to increased physical activity which has been shown to enhance your mood, alleviate depression symptoms, and help self-esteem. One study found that dog owners who regularly walked their dogs were more physically active and less likely to be obese than non-pet owners.

Having a pet is believed to lower blood pressure and cholesterol, according to the CDC. This may be linked to the increased physical activity from having a pet but could also be connected to the mental health benefits of pet ownership.

Another study, which looked at 240 married couples, corroborated these benefits of having a pet, finding lower heart rates, and decreased blood pressure among those with pets.

Epidemiological studies have shown that children who grow up in households with pets, especially dogs, have a lower risk for developing autoimmune illnesses like asthma or allergies.

Different microorganisms in the human gastrointestinal tract form what is known as the microbiome, which has a major influence on health and disease. Having pets can increase the richness and diversity of the microbiome which can decrease a child’s likelihood of developing allergies (related to their home) by 33%.

Pets often carry a diversity of microbes from the outside world into our homes, teaching our bodies from an early age how to respond to certain bacteria. Dog ownership has been shown to raise the levels of 56 different classes of bacterial species in the indoor environment, while cats boosted 24 categories of bacteria.

This positive outcome not only comes from having domesticated pets but also any interaction with animals. A 2016 study in The New England Journal of Medicine found that Amish children in Indiana who grew up close to barnyard animals had far lower rates of asthma than Hutterite children, who were raised apart from animals on large mechanized farms in North Dakota.

Don’t have a pet?

The benefits that animals can have on humans are not limited to in-person connections. A 2015 study in Computers in Human Behavior found that people who watch cat videos online report less negative emotions (less anxiety, annoyance, and sadness) and more positive feelings (more hope, happiness, and contentment).

Although pet ownership is not a prescription for better health, the research indicates several benefits of living and interacting with animals.

If you’re thinking about getting a pet – that’s amazing. Remember: adopt don’t shop! Breeding animals is an inhumane business and there already so many amazing shelter dogs that need homes!