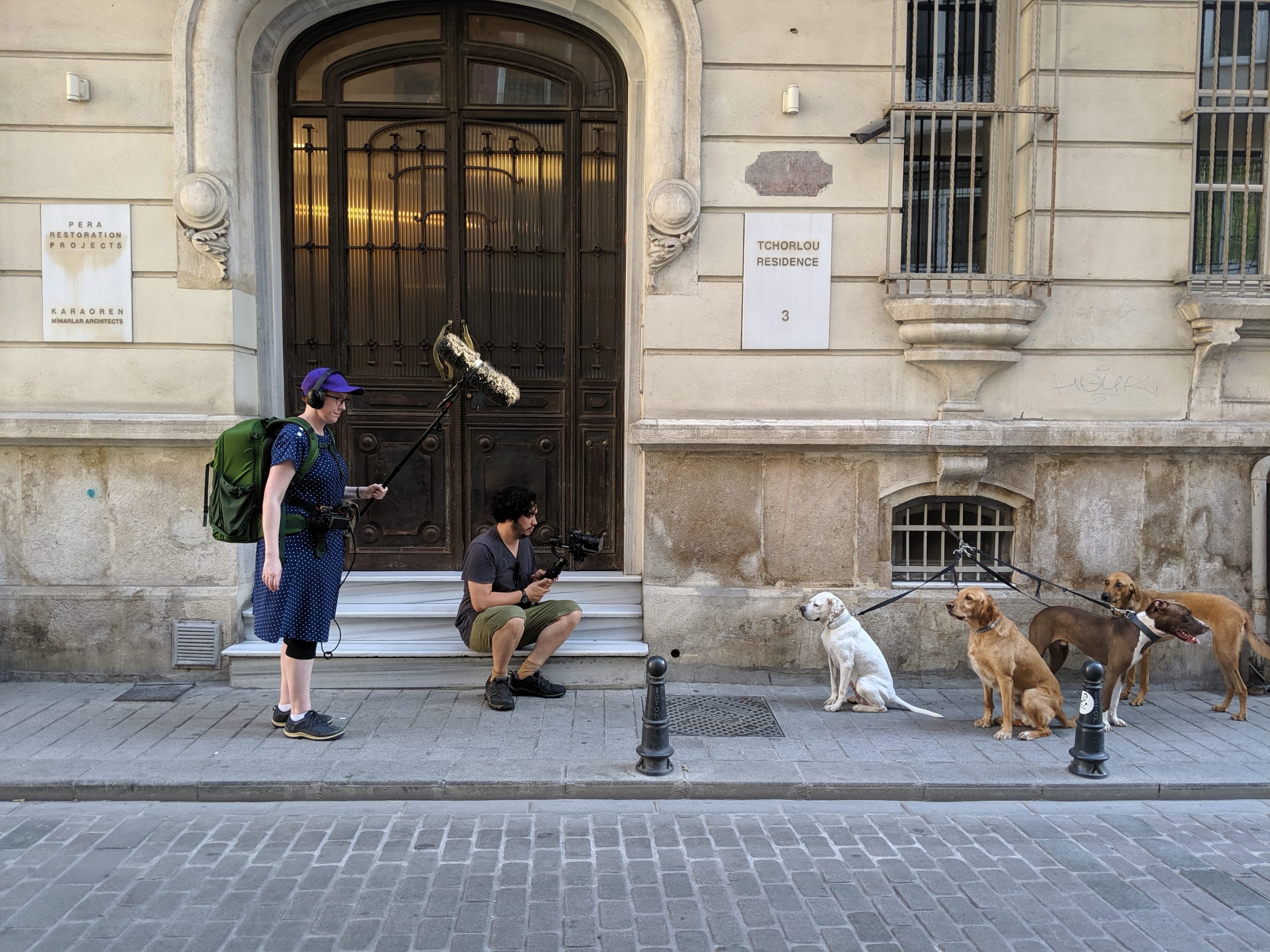 A new documentary film, We Don’t Deserve Dogs, chronicles the unique relationship between humans and dogs around the world. The director of the film, Matthew Salleh, reflects on some of his observations about our canine friends, that he discovered during the making of the film.

In 2017, my partner Rose Tucker and I began working on a documentary that would look at one of the most simple and common relationships between humans and the natural world – that of people and their dogs. Rather than view the subject scientifically, we wanted to discover the perspectives of everyday people.

What we found was a unique bond based on simple concepts of loyalty and love. We visited some places where this was a new concept. In other places, a controversial one.

In order to balance this narrative, we also found it essential to examine cultures that have dogs as a food source. I thought it was essential to explore this in a non-judgmental, non-gratuitous light. The content may be challenging for some, but is crucial to understanding our complex relationship with animals.

In Australia, where I was born, and America, where I now live, the bond between humans and dogs is so ingrained into everyday life that it’s easy to take it for granted. By examining the roles dogs play in other cultures, it was a wonderful way to celebrate the uniqueness of cultures, whilst trying to discover the things that bind us together. In a divisive time, and a time of closed borders around the world, I feel this has become more important than ever.

The title, We Don’t Deserve Dogs, refers to a comment heard around the internet several hundred times a day. The idea that we can witness in dogs something so pure, so loyal, that we don’t deserve the love they have to give. I wanted to ponder this phrase further – humans are capable of some pretty horrible things, so do we deserve this love that dogs so freely give.

A cynical person might say that this is all just the result of domestication, that dogs are simply looking for food and a place to sleep. Whether or not that is true, I think it’s important to stand in their place, and consider what these animals think of us. To quote an old saying: “Be the person your dog thinks you are.”

And with that, here are 4 simple ways that we don’t deserve dogs, discovered whilst making our film.

1. Dogs help us build confidence in ourselves.

All around the world, we saw dogs helping people in their daily lives. In a more abstract way, they often helped people build confidence in themselves.

In Finland, Maarit and her “Hali-Koira” (literally “hugging dogs”) perform all manner of social duties. One of the most beautiful was having them listen to children read, helping them gain confidence with a sympathetic ear.

In Peru, Carla, a young woman who once had extreme social anxiety, found a pathway to more confident human interactions through the dog birthday parties she throws for her beloved Leia. Extraordinary dog parties are now a regular occurrence along the Malecón in Lima.

One of the more confronting stories in our film was that of former child soldiers in Uganda. There is almost nothing more malevolent humans beings can do than use child soldiers. The trauma they experience is constantly compounding – not only were they tortured into doing unspeakable acts, but their communities also stigmatize them when the war is over, when they are often seen as the enemy through no fault of their own.

The Comfort Dog Project in Gulu, Uganda, seeks to team up former child soldiers with street dogs in need of a home and love. Dog ownership is not very common in Northern Uganda, and so the concept of a loyal companion can be quite new. One of my favorite lines in the film is when Lucy (a former soldier) explains that she “never knew that dogs can be trained to be your friend.” Re-entering society is a complex challenge for former child soldiers, but dogs disregard all of this. Their relationship begins on the day they first meet you.

The issue of street dogs is not a straightforward one. At first sight (in other words, through the eyes of foreign visitors), street dogs may appear poorly cared for. By the standards of high-income industrial countries, this can often be true. But we found many moments of caring in the face of adversity.

In the streets of Santiago, Chile, dogs without owners are a common sight. But residents are quick to inform you that they are not strays, but rather “quiltros,” or dogs that are cared for by the community. There is no greater example of this than Chino, or Rucio, or Coloso – his name changes based on who is caring for him.

Chino has many owners, but he is a free dog. He roams the streets without a care in the world. He stays with different people on different nights – visiting pet store owners, convenience store workers, or just hanging out in the park with other people and their pet dogs. Everybody we met in the Providencia neighborhood knew Chino – he really did bring everybody together.

4. Our relationship with dogs can transcend cultural boundaries.

Our film’s idea of a common bond between humans and dogs is a neat and tidy one, but it was those relationships challenging cultural norms that helped guide me to a greater understanding of this unique relationship.

In Karachi, Beenish is a woman who defies all expectations. In a strongly male-dominated society, Beenish does many things only men traditionally do. From playing sports (she’s a champion hockey player and coach), to riding a motorbike, she doesn’t let gender expectations define her. But she does this whilst maintaining and celebrating her Muslim beliefs.

Traditionally, dogs are not kept as pets in many Muslim countries; they are considered by many to be Haram (forbidden). But Beenish interprets her beliefs in a different way. In rehabilitating and keeping a dying dog she found in the streets, she believes that her god is the only judge of her actions. In her mind, caring for animals transcends any specific doctrines her religion may have. She faces daily judgment in her community for this decision, but she doesn’t care. She knows what she is doing is right.

We were fortunate to have the opportunity to observe these stories for our film, and many more. We were also fortunate to finish our film before the pandemic. The film now serves as a sort of time capsule for the “before” time. Since then, we have all had to re-evaluate our relationship with animals and nature. And as dogs are being adopted across the country at record speeds, it has become clear the power that dogs have to get us through these tough times.

The filmmakers are also giving away 200 free copies of the film for One Green Planet readers.

To redeem a free viewing code:
1) Visit wedontdeservedogs.com
2) Click the “Available on Vimeo on Demand’ button
3) When prompted, enter promo code ONEGREENPLANET to watch the film for free.
Limited to the first 200 users.