3-Legged Goldendoodle Jumps into Freezing River to Save Baby Otter 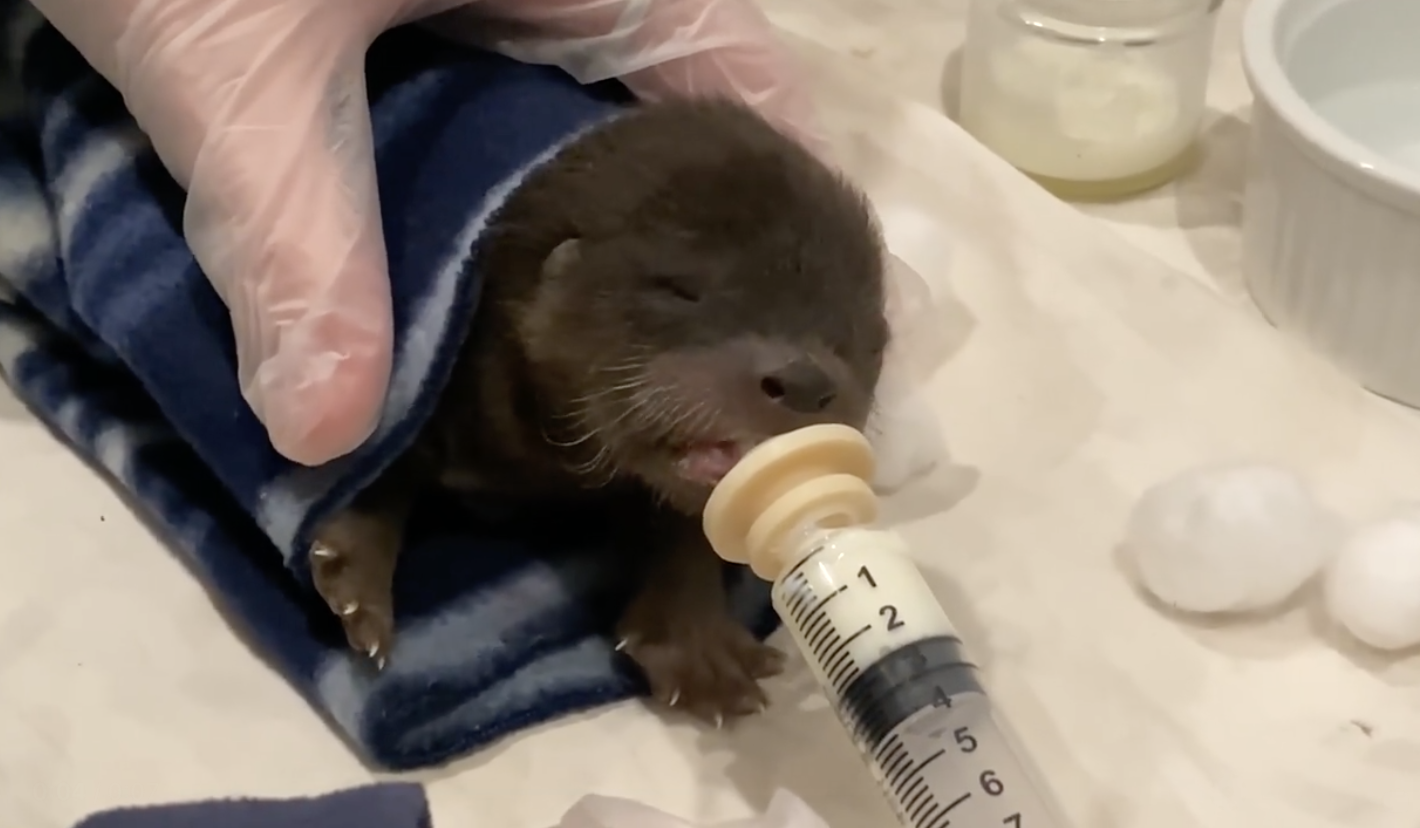 Gus, the brave Goldendoodle, was swimming in the St. Croix River when he came across this tiny young River Otter struggling to survive. The otter was much too young to be in the water – he should still be in the den with its mom. Having no idea where the den is or how far the little guy traveled, says Wildlife Rehabilitation Center of Minnesota (WRC).

It was revealed that the Goldendoodle has cancer, and doctors had to amputate one of his back legs to remove a tumor, says Eco Watch. Despite his challenges, this didn’t stop Gus from jumping into the freezing Minnesota river and swimming 50 feet to rescue the baby otter.

“First time swimming with three legs and he comes out of the water with a baby otter in his mouth!” Ella Hammerstrand, the granddaughter of Gus’s owners, told Fox 9. When Gus finally got out of the water, he proudly dropped the otter at Ella’s feet, WCCO reported.

After looking for the otter’s mother, but failing, Ella and her family decided to take the little guy to the Wildlife Rehabilitation Center (WRC) of Minnesota in Roseville, reported Eco Watch.

We were quite concerned the first 36 hours – he was cold to the touch at admit and we didn’t know if he’d aspirated water, which could result in pneumonia. The otter turned the corner the other day and is doing well, said the Wildlife Rehabilitation Center of Minnesota (WRC) in a Facebook post.

“Kudos to Gus, and his wonderful owners Cleo and John, for saving this young otter’s life,” the WRC said in a Facebook post.

“I think he (Gus) knew the otter was hurting and something was wrong. He definitely got a lot of treats afterwards,” Ella told Fox 9.