200,000 Chickens Found Dead Due to Overheating on New Zealand Farm 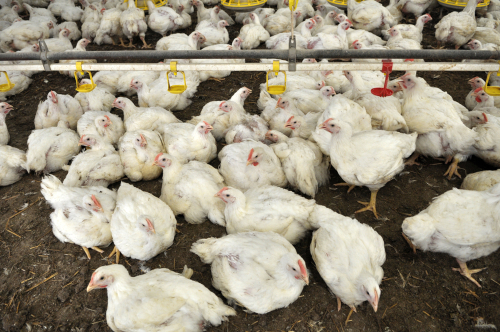 Almost 200,000 birds died at an Auckland chicken farm at the end of November. The New Zealand Ministry for Primary Industries (MPI) says the farm did not proactively let the ministry know about the deaths. The agency found out from someone else about the tragedy.

The farm supplies Tegel, a New Zealand based company. The chickens died from overheating or suffocation on November 29 when fans went out during a power outage.

The Ministry is now investigating the farm to check for animal welfare legislation breaches. MPI compliance director Gary Orr told RNZ, “If it’s an accident, it’s a tragic accident. If there is culpability and we can establish that then we’ll take appropriate action. At this stage we’re investigating, and we have no idea where that investigation will lead. We were made aware of it through a third party, and it was only after we were provided that information [that] we reached out to the company and they then confirmed. That’s going to be part of another conversation we’ll be having.”

Tegel also confirmed to RNZ that they supplied chickens from this farm. Animal rights activists are speaking out against the treatment of the chickens. Deirdre Sims of Direct Animal Action said in a statement to RNZ, “It’s absolutely disgusting but unfortunately it’s not surprising when you have companies like Tegel that cram thousands of chickens into these factory farm buildings. Tegel absolutely need to be held accountable for this.”

Direct Animal Action went inside a Tegel chicken farm in 2018. See the video below:

Read more about factory farming in One Green Planet, including a lesson from a pig farmer and Costco’s new chicken slaughterhouse. Check out more articles on factory farming: